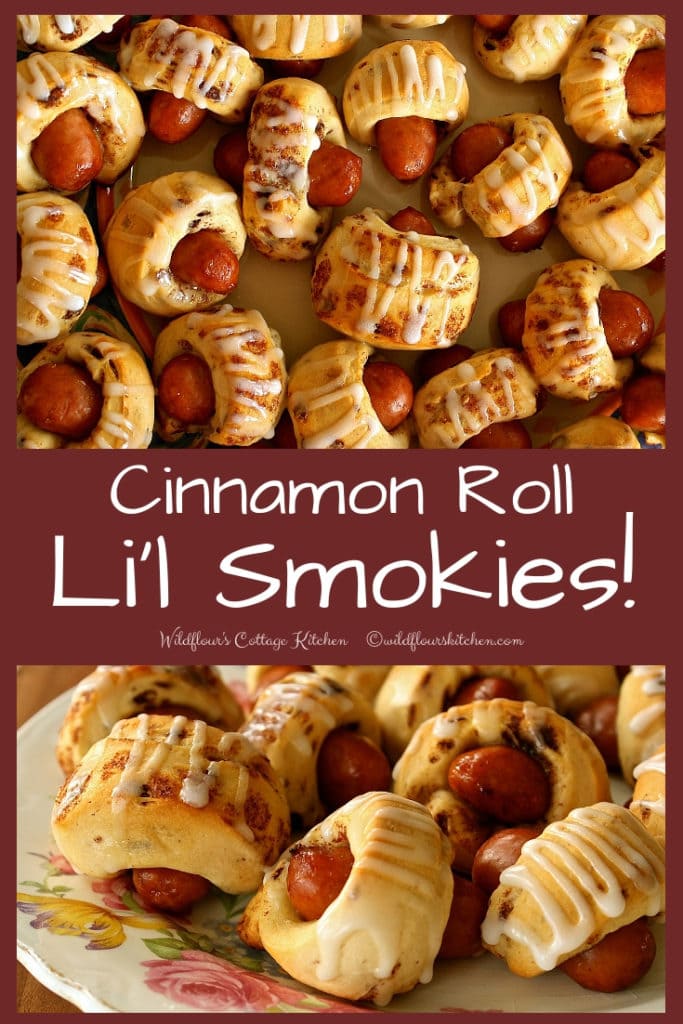 The EASIEST, and most SIMPLE retro appetizer there is out there! Only 2 ingredients!! This makes a nice amount, but don’t worry. These Cinnamon Roll Li’l Smokies will all get eaten no problem! These are super fun for breakfast, too!

I hadn’t had these since middle school, when we made them one morning at a friend’s slumber party! And though the products have certainly changed quite a bit, they were still fun to make and eat!

They only have TWO ingredients! Yep. Just two!! And the first one is a tube of cinnamon rolls. 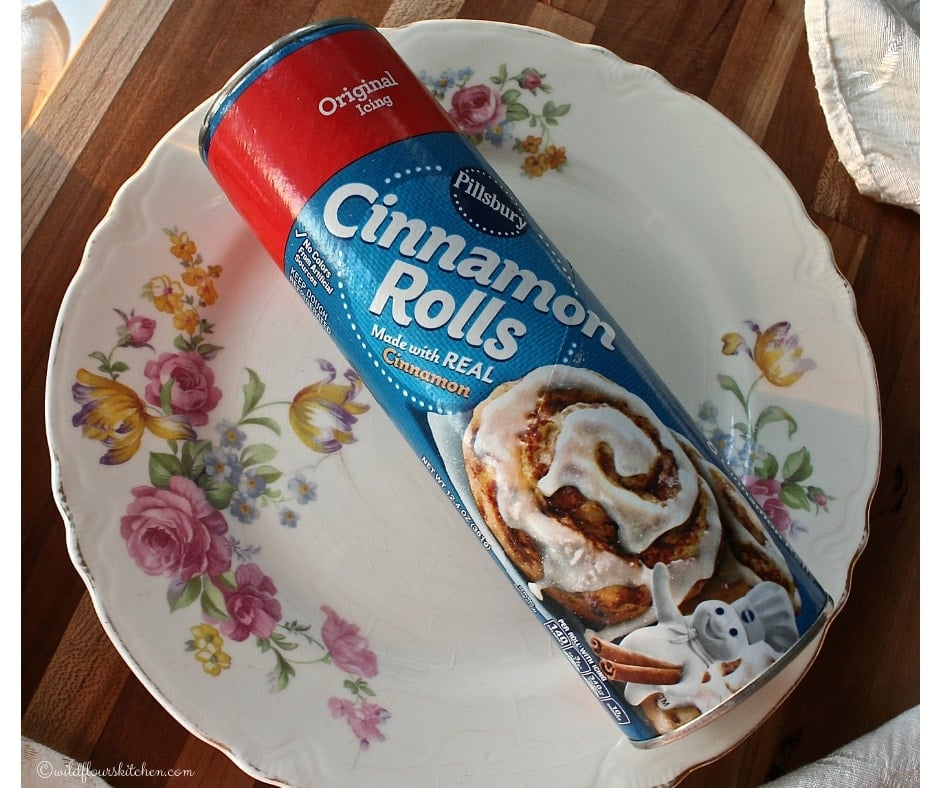 The second, is a small package of mini smoked sausages! 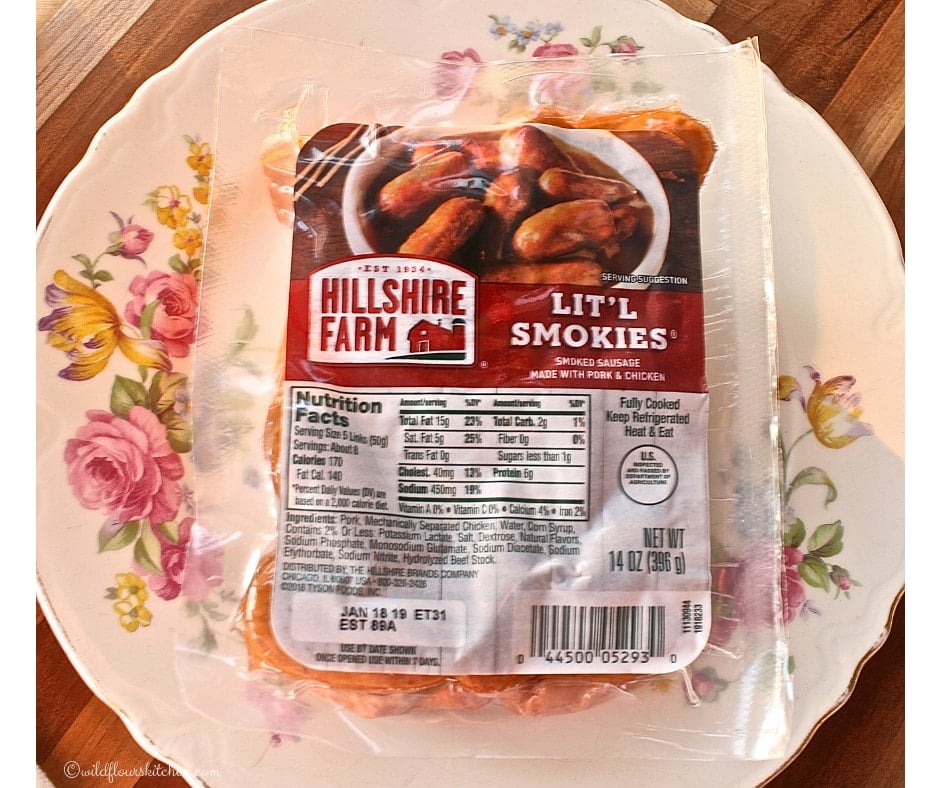 The sausages were still pretty much the same, but I was a little thrown when I opened the package of cinnamon rolls.

They sure have CHANGED! We used to uncoil each roll and slice the long strip into smaller ones.

But….uhm…that seems to be no longer possible.

And what are those “thin broken sheet pieces”?? (They tasted kinda waxy….so, I was a bit nervous and a little sad at first, when making something that I used to adore. 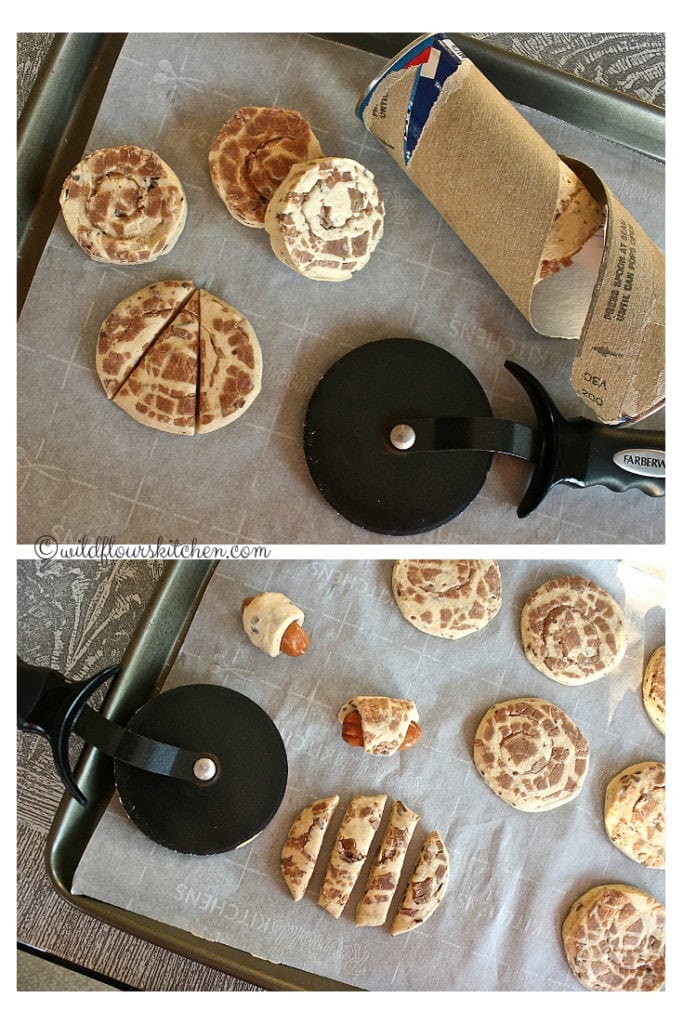 I first smashed them flat with my palm, then cut a couple into thirds. But that just seemed like a little too much dough.

I then proceeded to cut the rest into fourths. And that was the perfect amount. 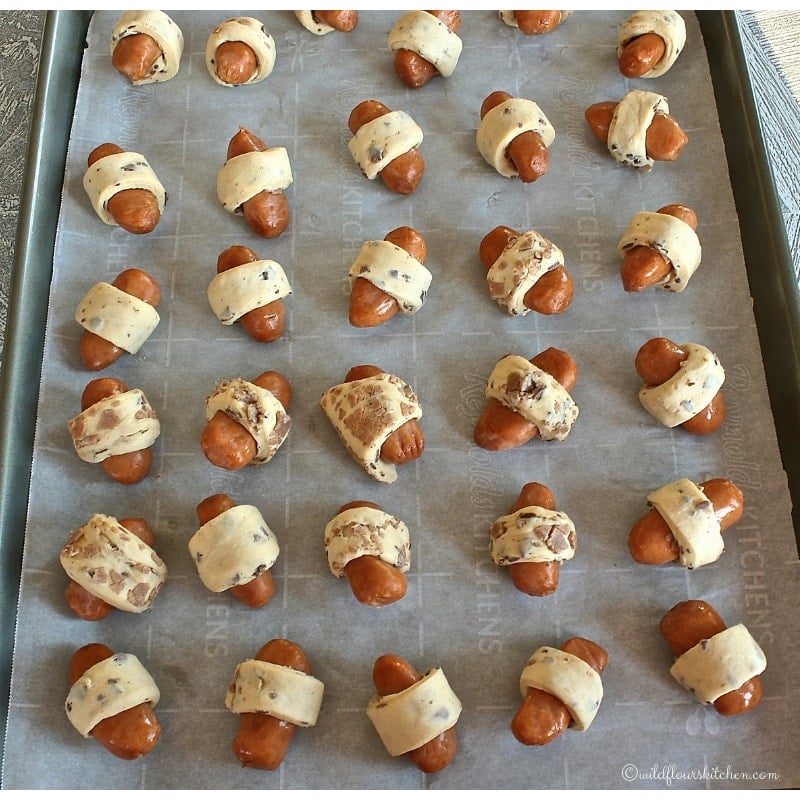 Since I was unfamiliar with that “weird waxy stuff”, I wasn’t sure if I should bake them with that side facing out, or facing in. So I did them each way, about half one way and the other half the other way. 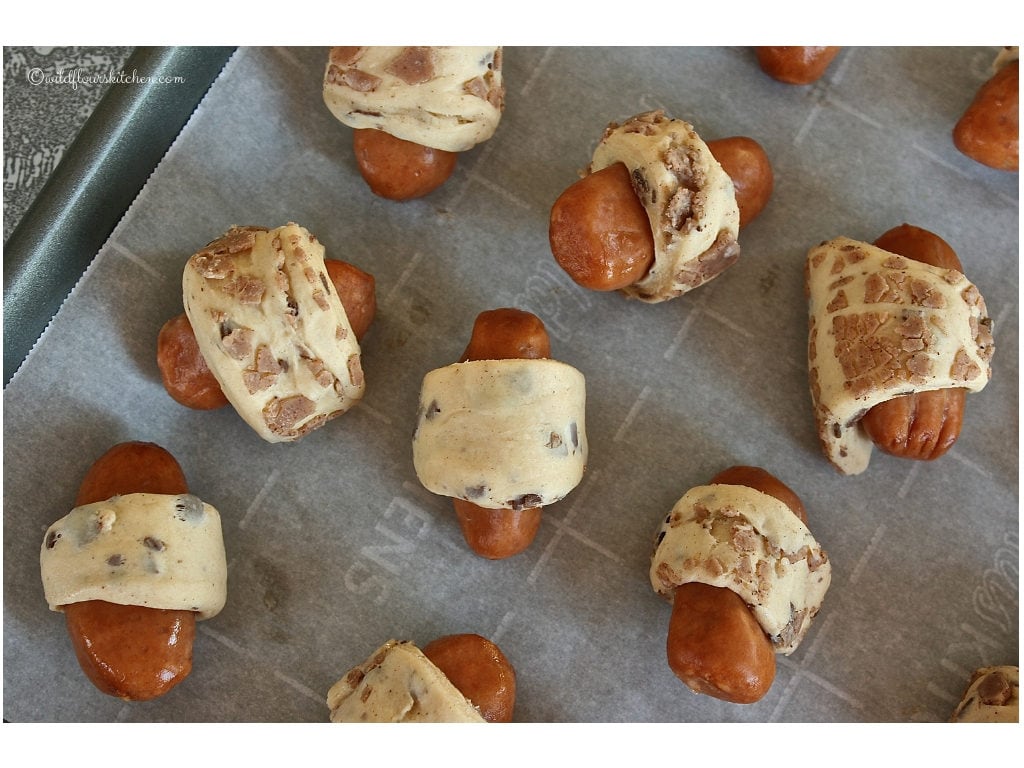 I popped them into the oven and crossed my fingers that they wouldn’t end up being  total fail and disaster!

And while they were baking, I got the icing ready by spooning it into a disposable decorator’s bag. Really glad I did, too, because it made icing them a BREEZE.

*If you don’t have them, just use a plastic baggie instead. It will work just fine. 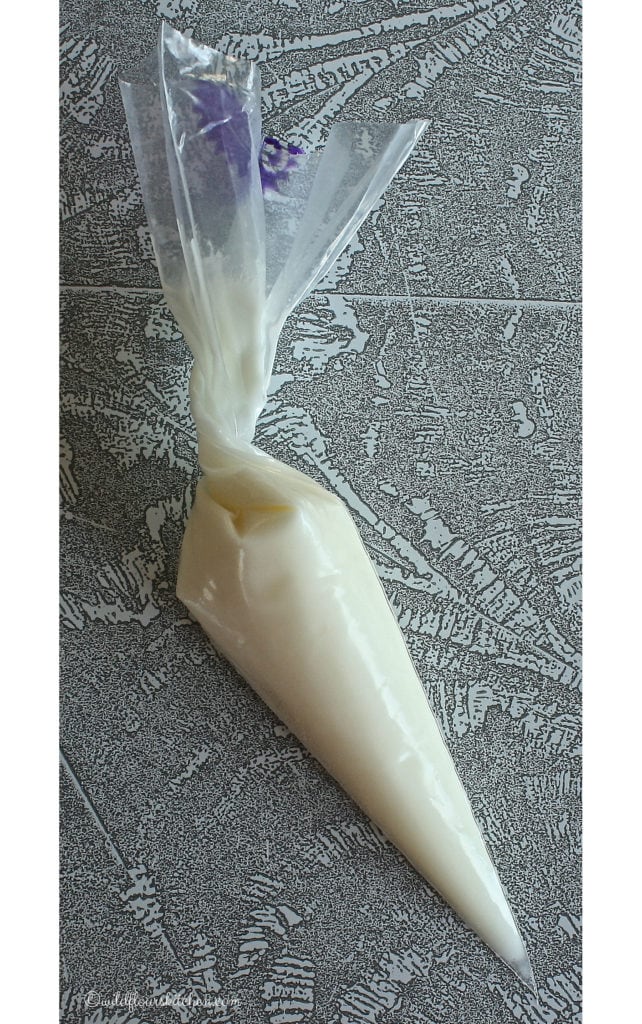 They baked up beautifully, so my confidence rose a little! 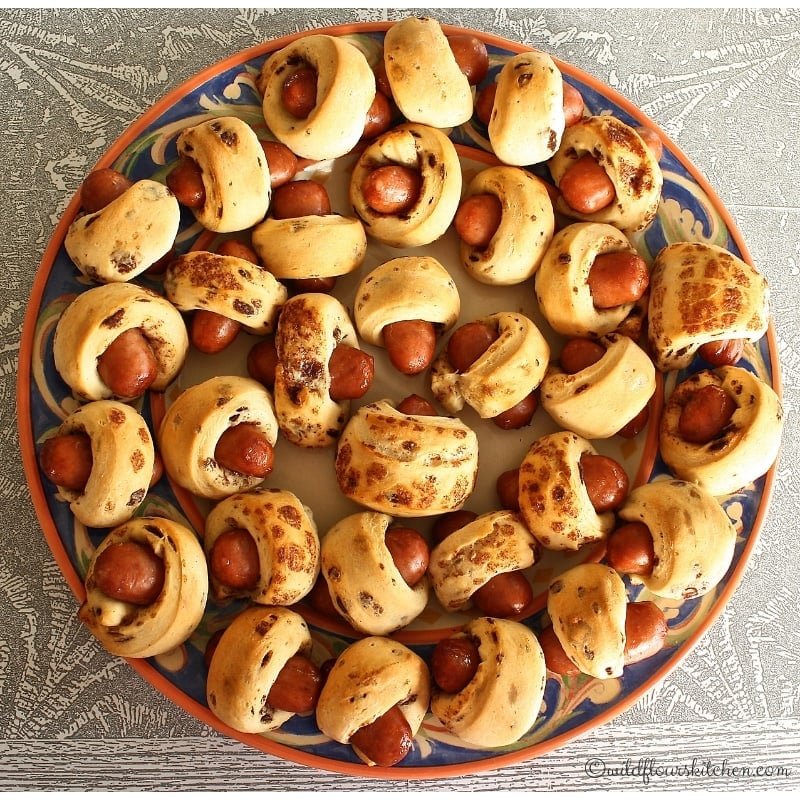 Not as pretty as they used to be years ago, but still cute none the same! 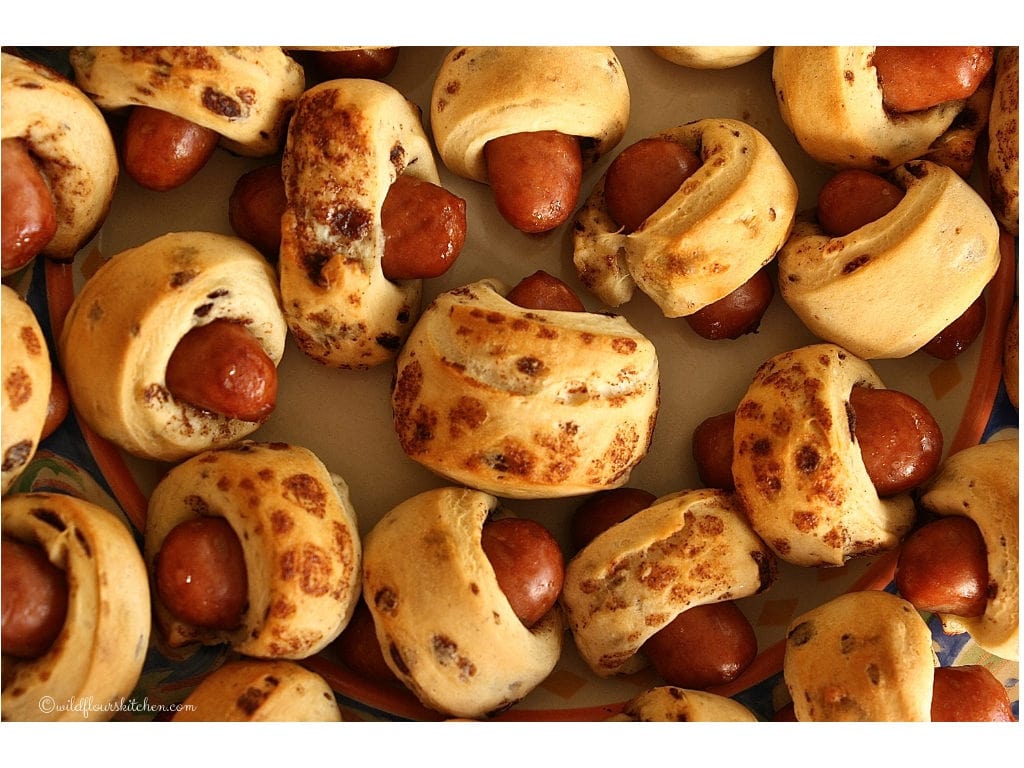 And they smell wonderful baking, too! 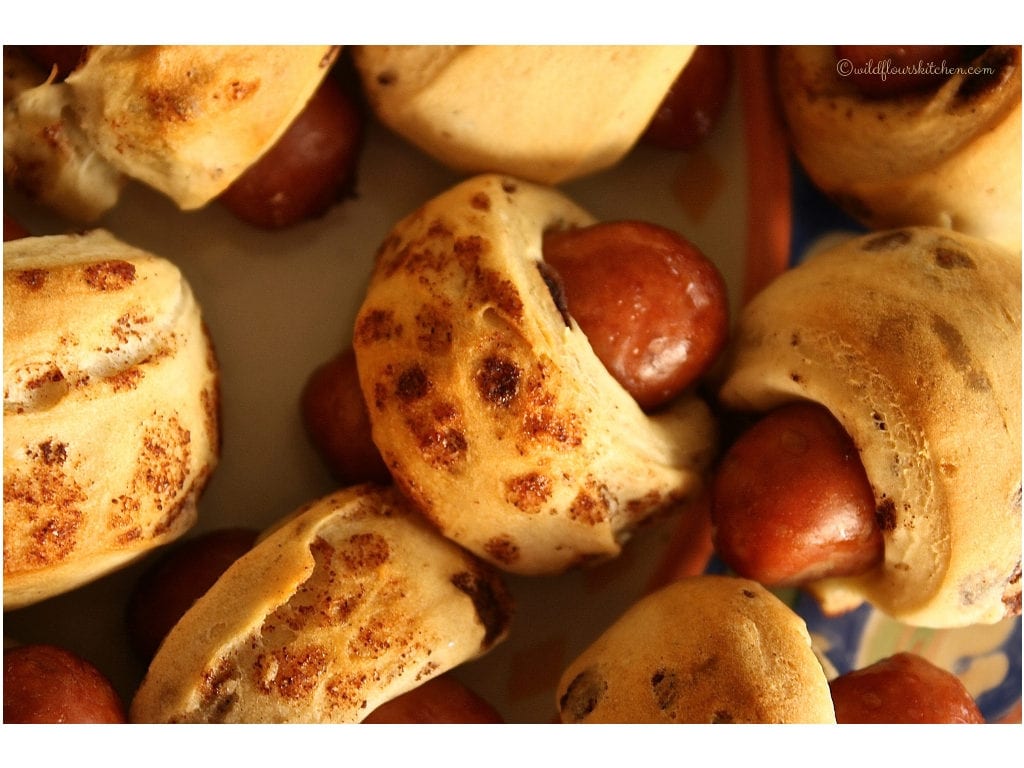 So lastly, just remove them from the oven when they’re golden brown on top, and not too dark on the bottoms. 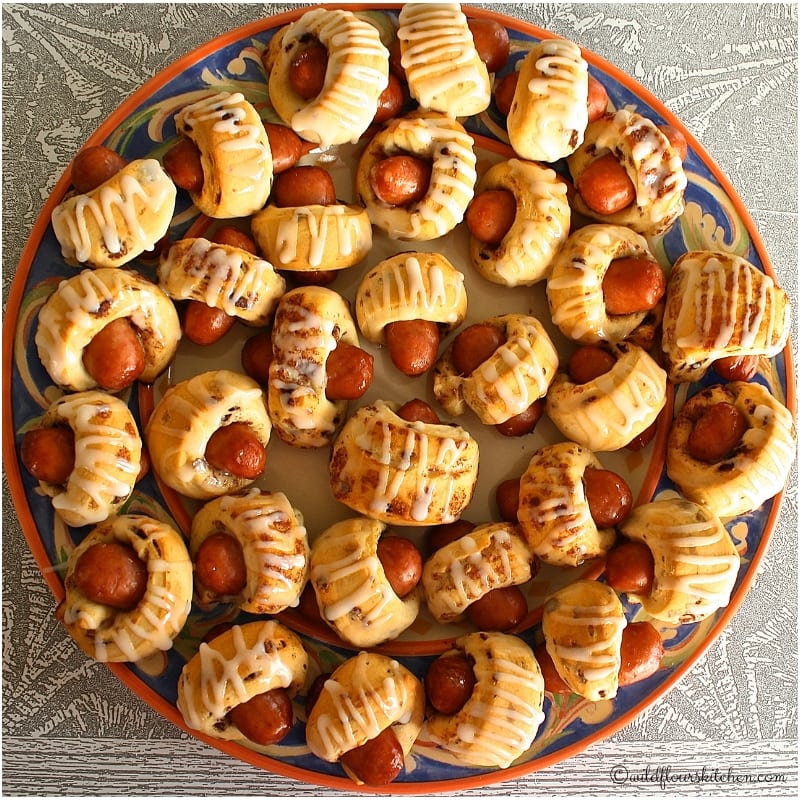 Then drizzle each of them on top with the icing that comes with the rolls! (Just snip the very end of the bag/baggie off.) 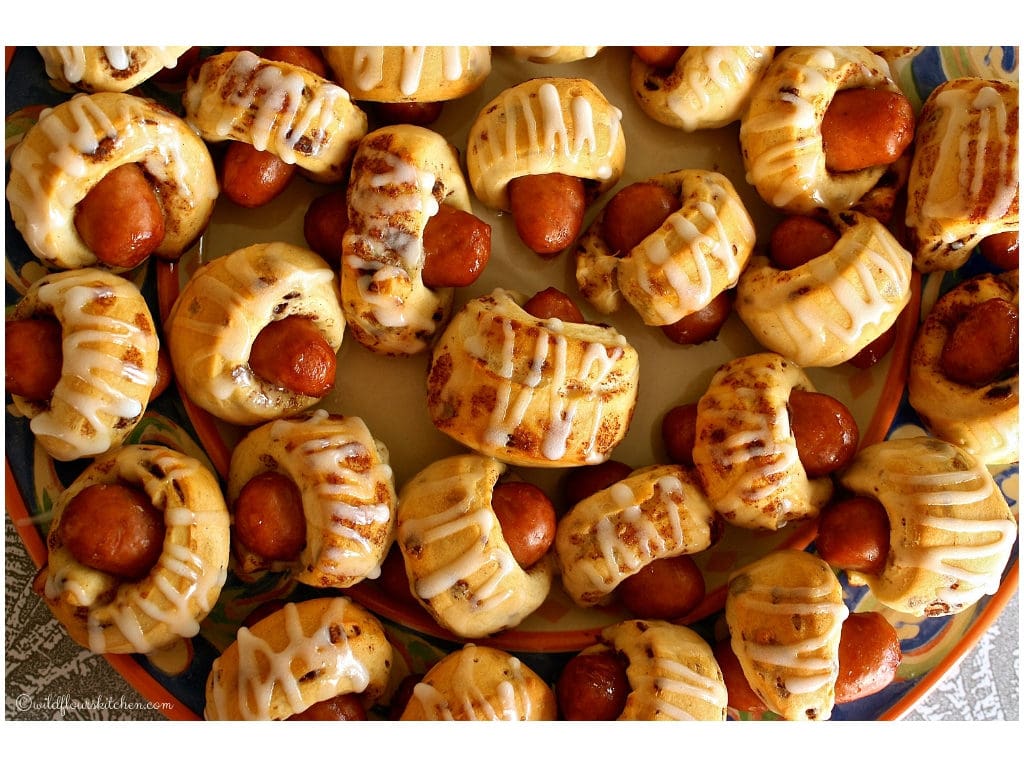 Be sure to use all of it. They’re much better with as much as possible! 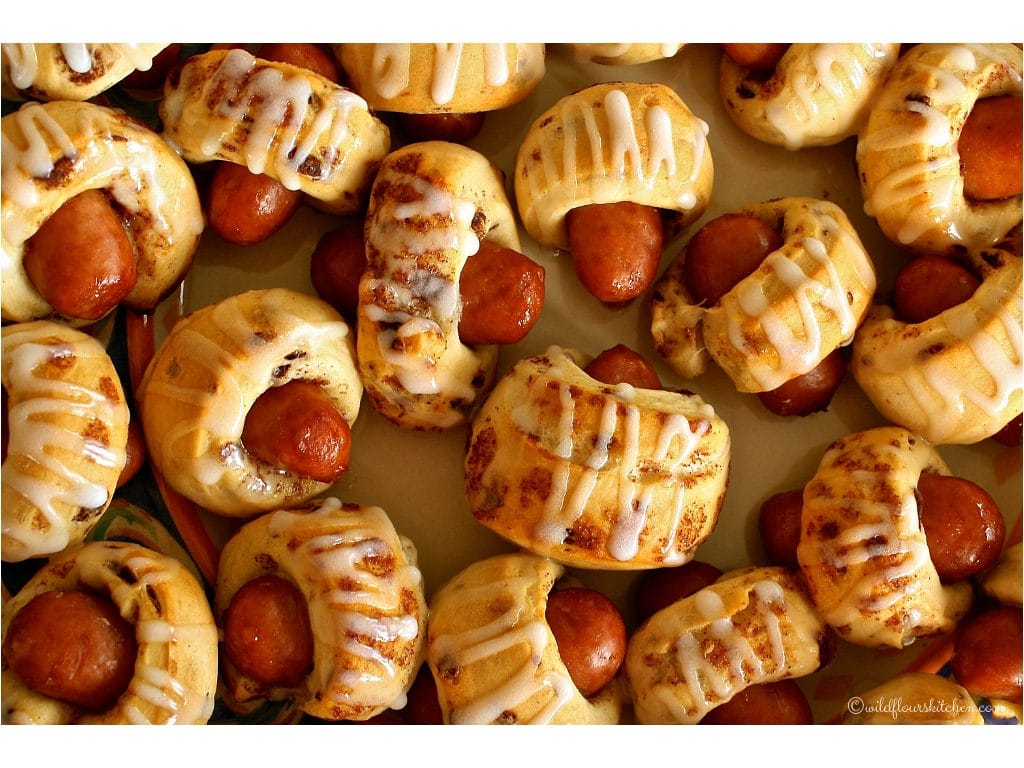 I made my hubby and I up a small plate to share…. 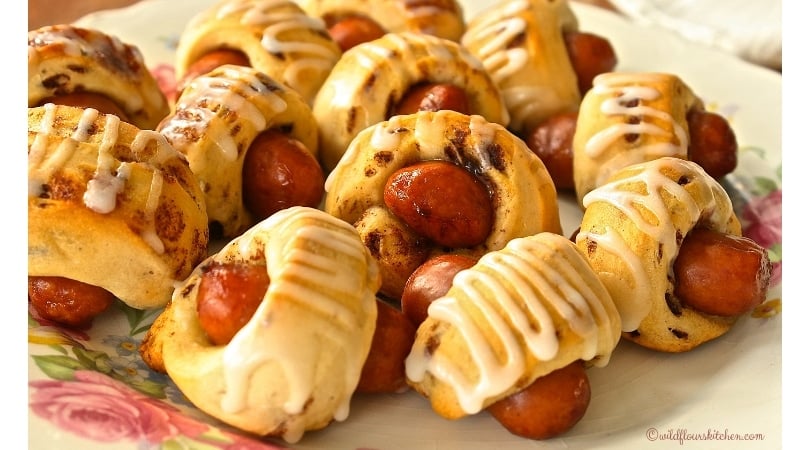 They actually did! Not even close to what they were back in the 70’s mind you, but definitely edible and fun as ever to make! 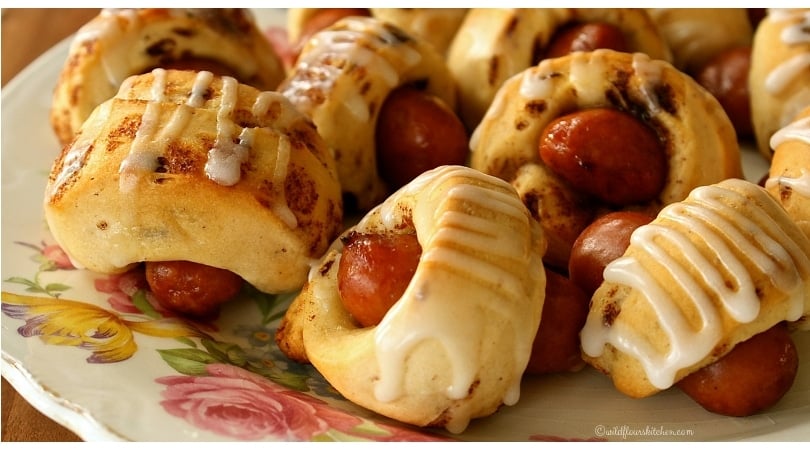 Kids and teens would go crazy for them!

And they would also be an easy on the tummy, after the NYE party, breakfast or brunch treat, too!

So, if you’re feeling nostalgic, and want to make something that’s quick and easy, these cute Cinnamon Roll Li’l Smokies are sure to be enjoyed by young and old alike! Make up a batch for the New Year’s Eve holiday, and as always, ENJOY!!

Open roll tube and remove each roll to a cutting board.

With your palm, flatten rolls, then slice into fourths.

Wrap each strip of roll dough around a smoked sausage overlapping ends slightly.

Place seam side down onto a parchment-lined baking sheet, and bake for 18 - 20 minutes in a preheated 350º oven.

While smokies are baking, spoon icing into a disposable decorator's bag or plastic baggie. Leave on counter to soften.

When smokies are done and dough is golden, remove from oven, and transfer from baking sheet to a platter.

Snip off end of baggie, and drizzle each top well with icing.

Thank you, Kathy!! We have a brand new one here, just opened! I'll have to check them out!! :D