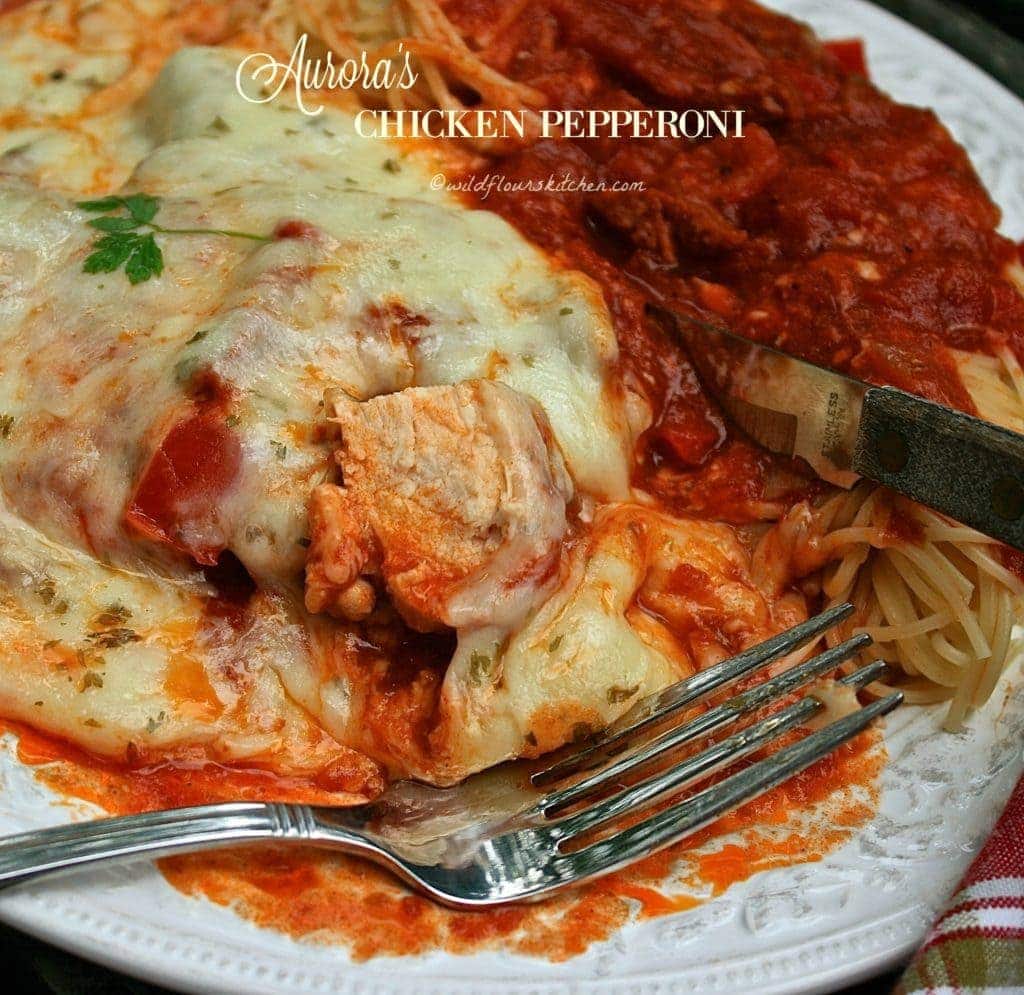 When I was a senior in high school, two of my favorite actors made a movie together called, “Seems Like Old Times”, that came out in December of 1980! I loved that movie!! It stars Goldie Hawn and Chevy Chase, and the writers, directors, and producers of the movie couldn’t have picked a better pair to play the roles! It’s a wacky, zany movie, with heartfelt moments, and just what you’d expect from these two equally adorable actors! I don’t want to tell you too much that happens in the movie, and spoil it for you if you’ve never seen it, (I hate it when people do that!) But, I do need to explain a little about the dish parts so that you understand what “Aurora’s Chicken Pepperoni” means! This was one very special dish! 😉 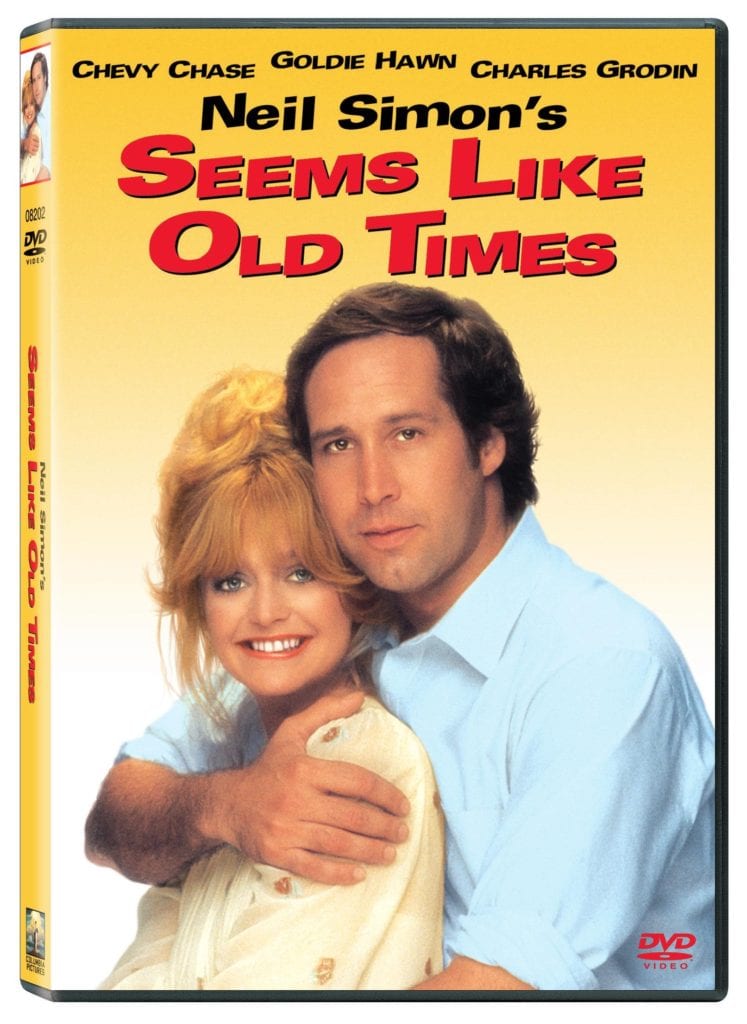 You see, it was the Governor of the State of California’s favorite dish! It’s a spicy recipe prepared by the housekeeper, “Aurora”, (a spicy, feisty woman herself that I also adored!), and her “Chicken Pepperoni” was the favorite of the “Governor’s” (played by George Grizzard) and requested at a very important dinner, and if it wasn’t served, “Ira” (Goldie’s second husband played by Charles Grodin) might not make Attorney General, but “Aurora” (played by Yvonne Wilder) had to have her feet scraped, so “Glenda”, “Ira’s” wife, had to try and make it herself but couldn’t read Spanish and….if she made “Veal Parmesan” her husband might not get elected! Soooooo, (taking a breath), “Glenda”, (played by Goldie), attempts to make this dish, ….I know, what I’ve said makes no sense, but I’ve told you too much already and don’t want to give everything away, so you’ll just have to watch the movie! But anyways, I’ve always been intrigued about this “Chicken Pepperoni” dish thing ever since the very first of 100’s of times that I’ve watched and enjoyed this movie!

After Googling, there really isn’t any actual-factual recipe for it. At least not as far as I could find out. There are several websites that claim the recipe they have posted is the one from the movie, but every “authentic” (cough) website’s “authentic” (cough-cough) recipe is completely different. So I think that it was just part of the script, a quickly-made prop for the set, and it’s up to one’s own imagination of what it must’ve tasted like!

There are a few dozen interpretations of the recipe out there, but they all seem to be of the same general direction. Basically, “Chicken Parmesan” with pepperoni added in.

Hmm. After careful thought, I really don’t think that that’s all that “special”….do you?? Not to knock anyone’s recipe. Not at all!! They all sounded perfectly fine and I’m sure that they’re all VERY delicious, actually! Even Rachael Ray did her own Italian-style version that looked wonderful! But it’s just not the direction that I ever envisioned. “That don’t look like no Chicken Pepperoni I ever seen…”, is probably what “Aurora” herself would say! 😉 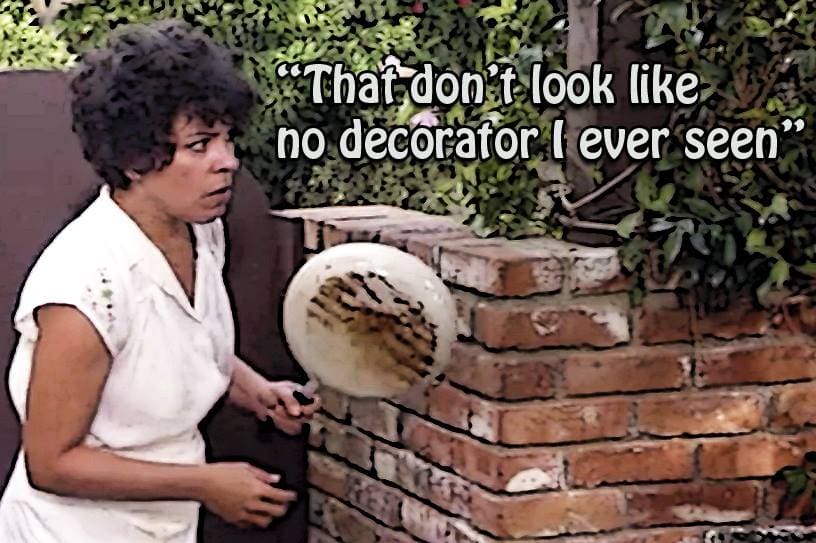 My own personal take on the whole idea, is based on the fact that the character, “Aurora”, happens to be hispanic. I doubt that if she were real, her dish would be so simple as “classic Italian” with some chopped pepperoni tossed into it. See what I mean? It just doesn’t sound right, nor would it be anything so extraordinary that a Governor would request it.

So, I set out to create my very own version, as I had always imagined it, adding in some heat with south-of-the-border spices that just seemed to make more sense to me, and what I personally always thought that the dish might taste like! 🙂

So, I started by searing and browning some pounded and seasoned chicken breasts in some butter and oil, then removed them from the pan and covered them… 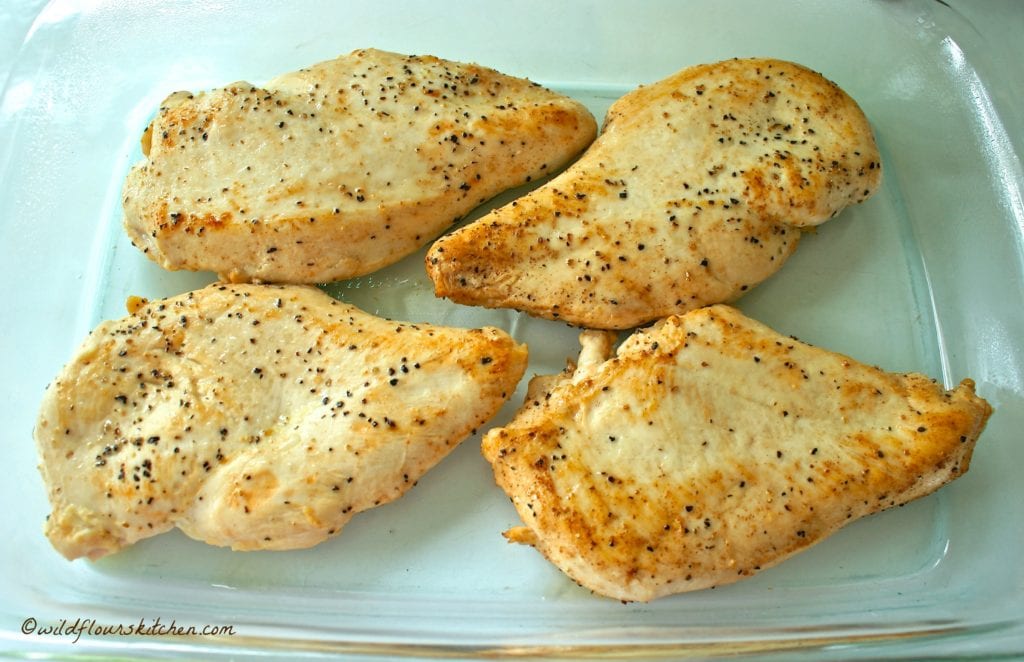 …then started building my sauce, starting with, of course, whole pepperoni cut into matchsticks. It wouldn’t be chicken pepperoni without the pepperoni, right? 😉 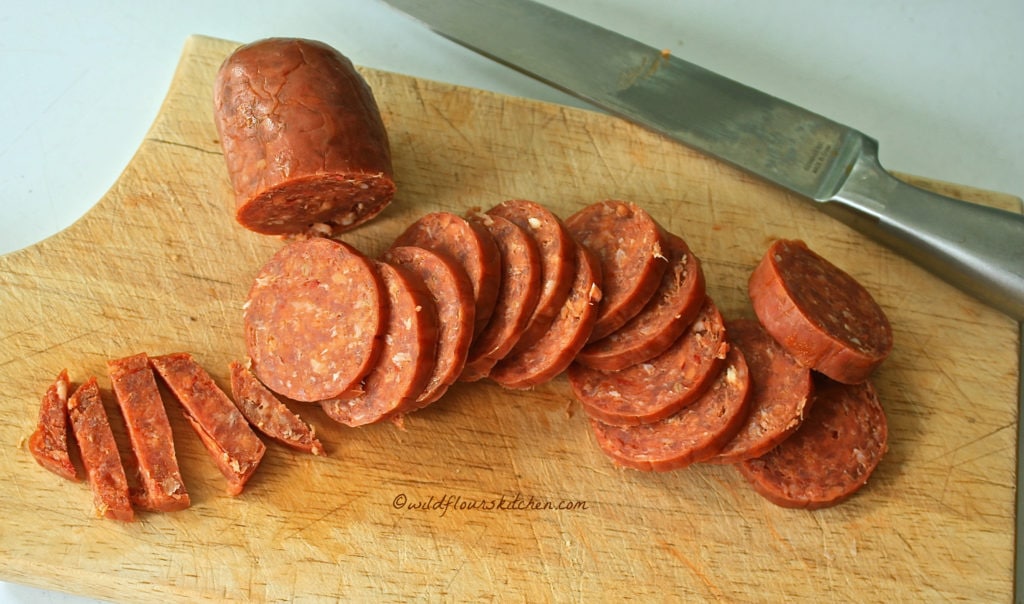 I removed the hot pan from the heat, leaving the oil and butter in there, (don’t drain it!),  and deglazed the pan with “Chester’s” contribution to the dish…

…I added the “infamous wine” that had the Governor saying, that the dish had a little, ahem, “extra flavor” this time… 😉  But, I did notice a small mistake in a lot of the recipes posted, and that was the addition of white wine. In the movie, “Chester”, (one of the many troubled kids and misdemeanor “criminals” that “Glenda” – a public defender – was helping to defend in court and find jobs for whom she hired herself to chauffeur and “play butler” that evening to serve the Chicken Pepperoni to the Governor but got plastered in the kitchen when he was supposed to be stirring the sauce), was drinking red wine. Not white, as you can see here! 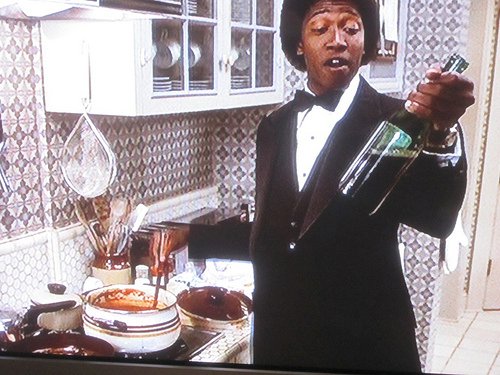 So, I removed the pan from the heat (for safety’s sake – – I’m a messy cook*), added the red wine, and scraped up the yummy chicken bits. I then added and sautéed some sweet red cubanelle peppers from my garden, along with some onion, garlic powder, oregano and italian seasoning in the butter and oil left in the pan from the chicken. (Uhm, did I mention that this whole dish is made using just one pan and one pot for the pasta?! Always a PLUS in my books!!)

*Please, always be careful adding wine to a screaming hot pan. I LOVE this part, but be prepared for it to furiously boil and steam at first. I think it’s cool as hell, but it does scare some people. Removing it from any flames will prevent flare-ups and stove fires from igniting the wine if you spill it, so don’t worry. It’s safe and fun!! Just move it over to a cool spot on the stove. You’ll be FINE. It’s only a 1/4 of a cup, so it’s very minimal.

Then, just move it back to the heat and sauté for 5 minutes, adding the pepperoni matchsticks during the last minute of cooking time. Easy-peasy! 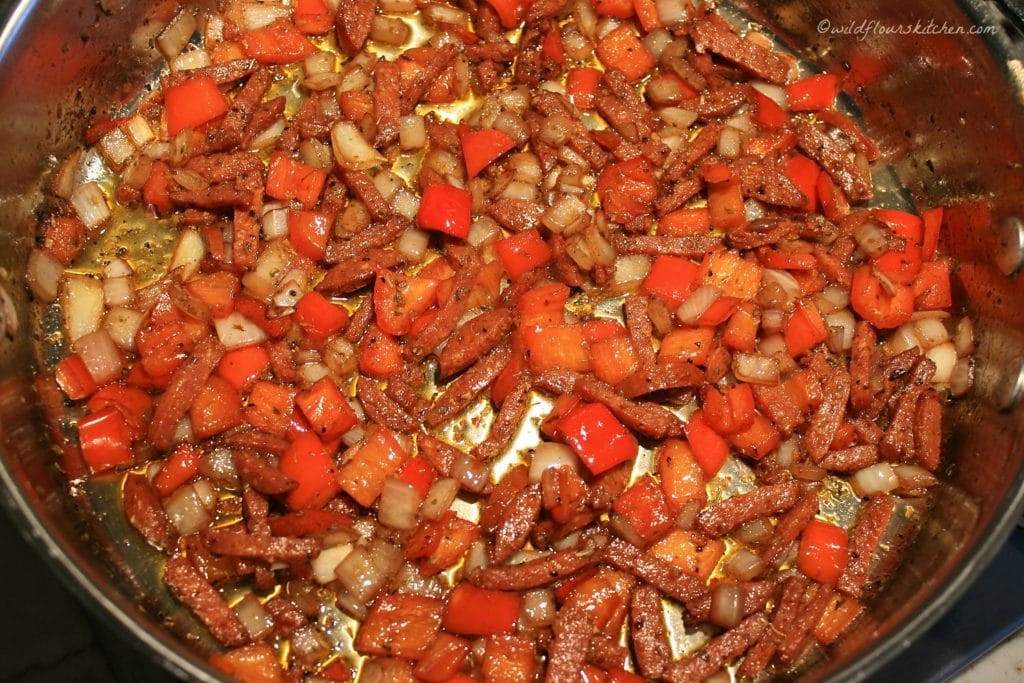 Next, in went all of the tomatoes, along with another round of herbs and some heat from a nice gathering of spices!!

By the time I was done…my kitchen looked like “Glenda’s”. So, I figured I was on the right track!! 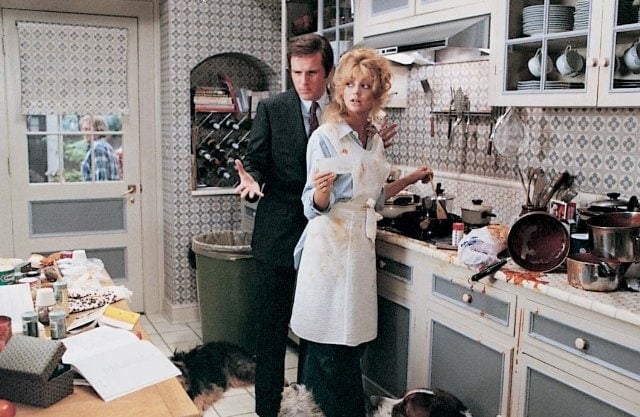 I simmered the sauce for a bit while I preheated the oven, then nestled the chicken down into the sauce and popped the whole pan into the oven to bake and finish the chicken! 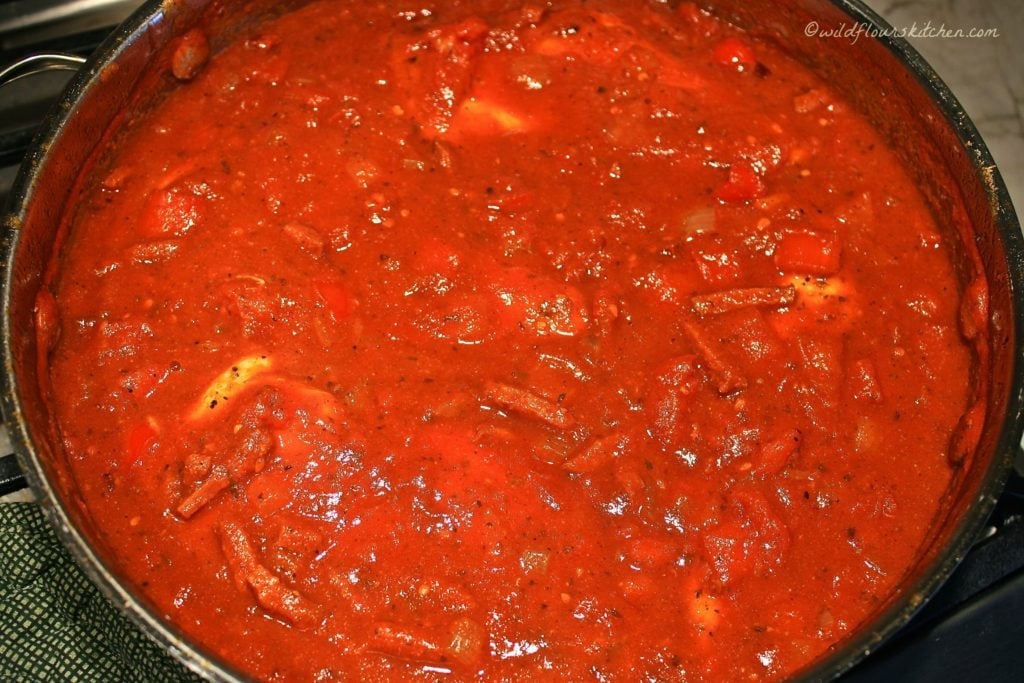 After baking, I topped each piece of chicken with lots and lots, (a whole pound!!), of yummy shredded mozzarella and provolone cheese!!!! I gave it a quick sprinkle of dried parsley and popped this baby back into the oven on low broil to melt! 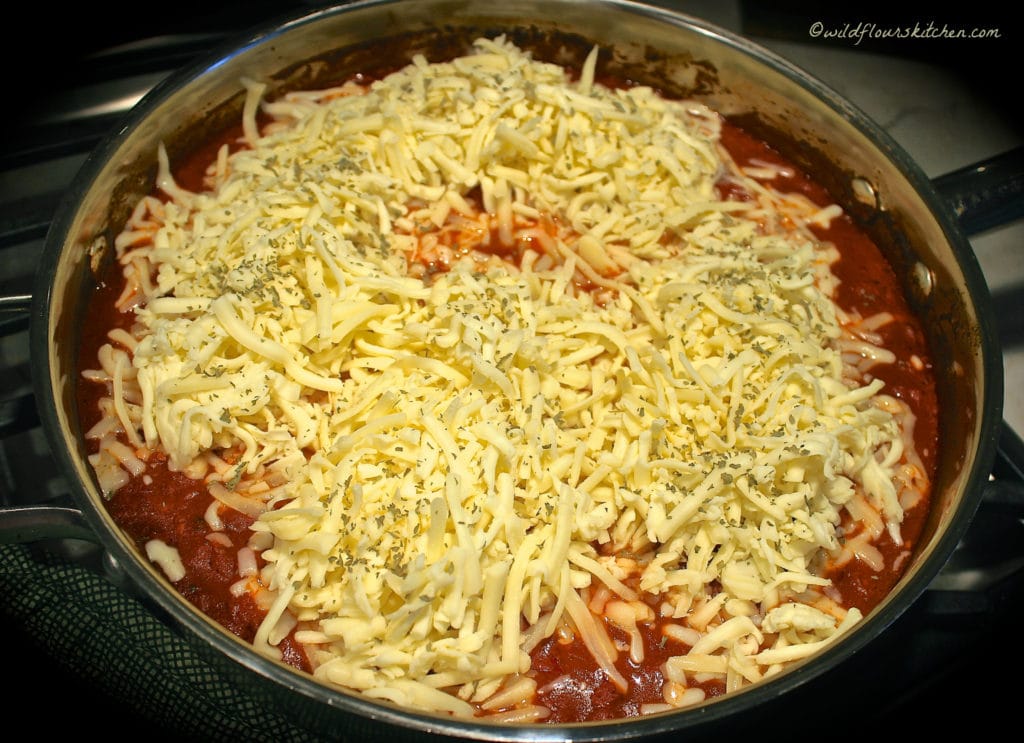 Now THIS is more like what I had in mind!!!

Seriously!! How gorgeous is this?? 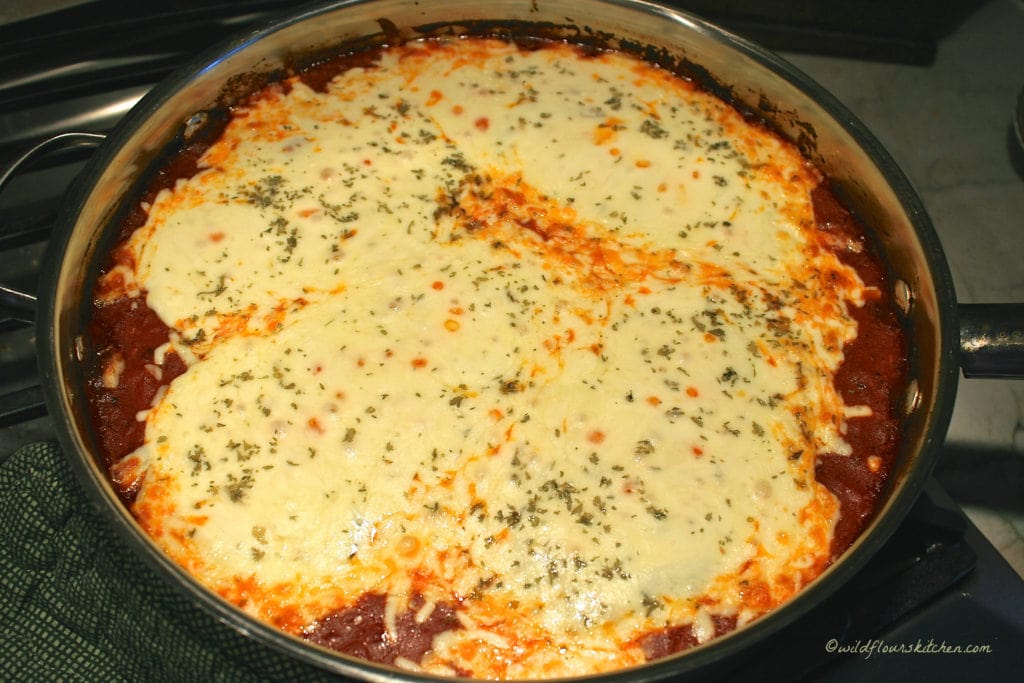 Because “Chester” was passed out drunk in the kitchen, “Glenda’s” first husband, “Nick”, (played by Chevy Chase who happened to be in a LOT of trouble himself and was seeking help from his ex-wife, “Glenda”), ended up serving the Chicken Pepperoni to the Governor despite the fact that he was a wanted criminal and could jeopardize “Ira’s” chances of becoming Attorney General and land all three of them in jail for bank robbery and harboring a fugitive and…oops… 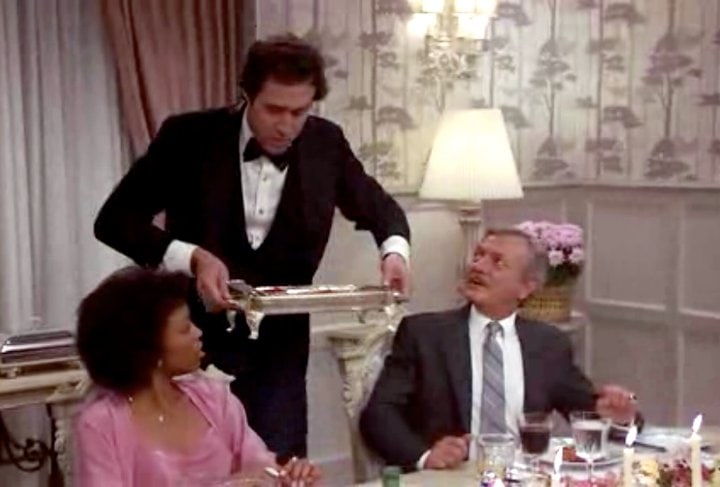 …ok, I hope that I haven’t given away too much, and that this dish and small bits ‘n hints of this crazy-funny, romantic comedy plot has captured your attention and heart enough to watch the movie, and, of course, serve this for dinner! Even if the Governor isn’t coming!

It really turned out fantastic in my opinion, as well as my hubby’s! He LOVED it! It’s got some spice to it, and a nice little kick of heat in the back, too!!! Just as I had imagined and hoped for! And the chicken turned out very tender and very moist! I served this with a mixture of angel hair and thin spaghetti (what I had on hand), and the pasta really loved the sauce with the chicken and being twirled together with all that yummy cheese!! A spicy romance in itself! 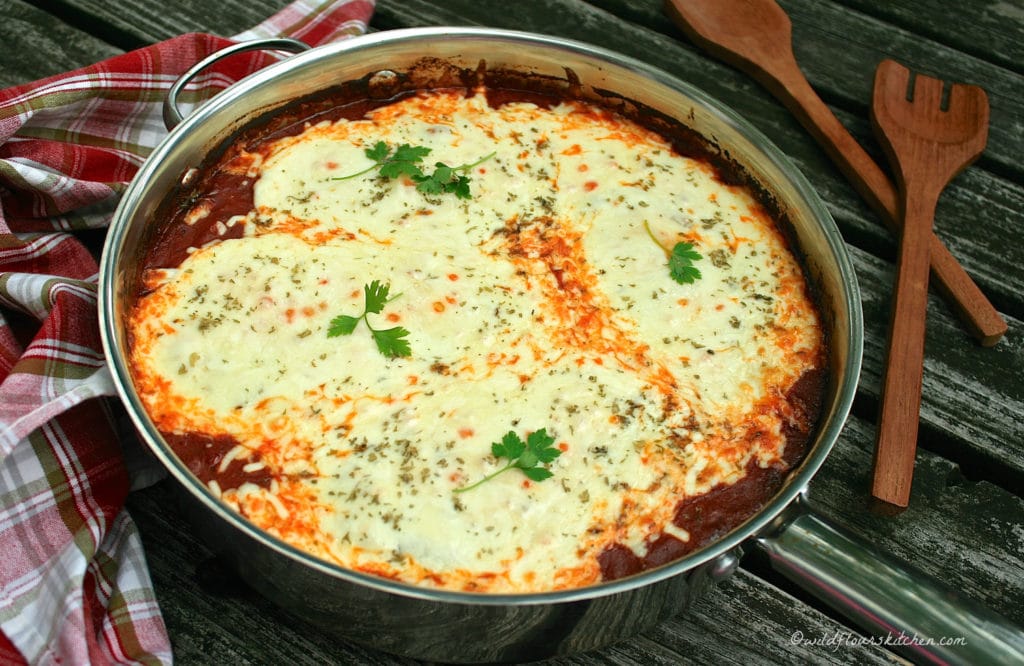 So, make this your date night in, “Dinner and a Movie” this weekend!
You’re going to LOVE them both!! 🙂 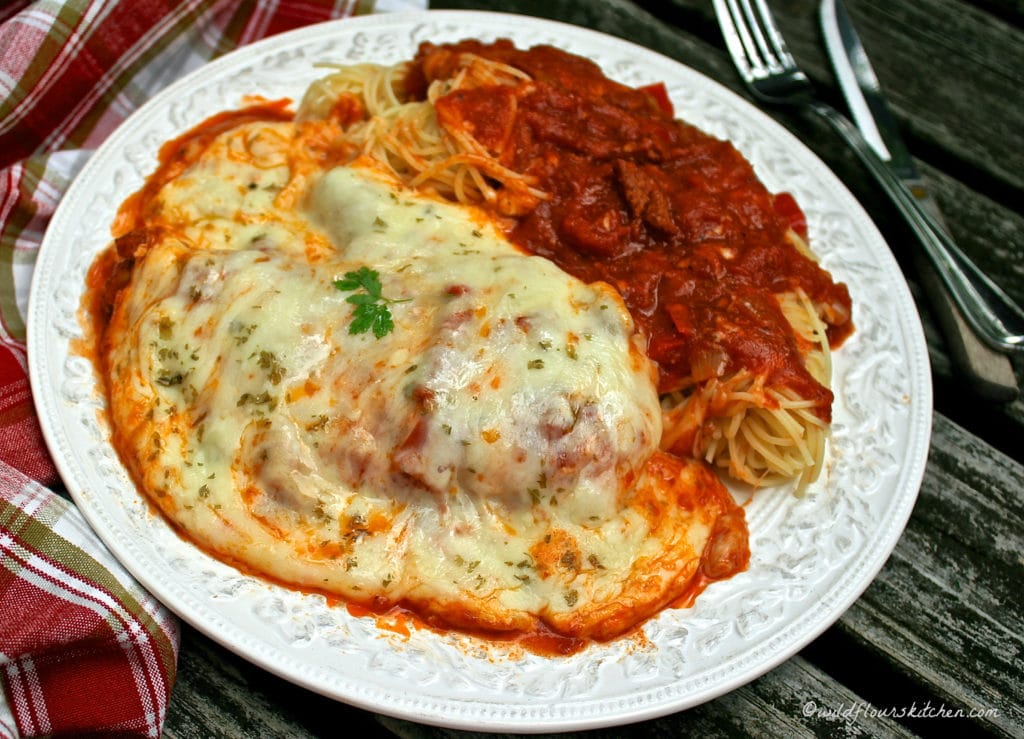 Serve this with a glass of red wine, a nice tossed salad
with one of my homemade salad dressings,
and some toasted garlic bread
for sopping any last drop of that spicy sauce!
♥ And don’t forget to light the candles. ♥

Disclaimer: This is just my own interpretation and recipe for “Aurora’s Chicken Pepperoni” based on the movie “Seems Like Old Times”, and not the actual dish served on the movie set, which was most likely a simple “prop dish” provided by the same local catering company hired to feed the actors and crews.

I paired this dish with angel hair and thin spaghetti (what I had on hand) topped with extra sauce, and it was immensely enjoyed with bites of the chicken all twirled together with the yummy cheese!
Serve with a tossed salad and one of my homemade dressings, and some toasted garlic bread for an incredibly romantic date night in dinner!

Hi Kelly - I just finished watching, “Seems Like Old Times.” Thus, sending me as well on the hunt for Aurora’s Chicken Pepperoni recipe. Well, thanks to you - I didn’t have to search very far or for very long. With your recipe in hand I will definitely not search any further. My main reason for my post is to comment how much I enjoyed your entire post, even beyond the recipe. Your comments about the movie were spot on and a lot of fun to read. Thanks!

I love this movie! I say “well said, well spoken” to this day!

Why dont you poat the actual recipe?!!!

Omg! I remember this movie as a kid and always thought of this dish. I love that whole dinner scene. I have tried to make this as an adult but pretty much made it just like you said more like chicken parm with pepperoni on top. I love your recipe with definitely try very soon.

Seems like Old Times was my fave at the time too, I had a big crush on Chevy Chase back then! I still will blurt out line from hat movie from time to ie like…..when my. Kitchen is a mess from cooking,My kitchen looks like like an Italian movie! Or I have a headache thru my entire body! Goldie Hawk one liners.I have been searching for this recipe ever since, thank you! I loved all her dogs too!

OMG! I’ve tried for years to find this recipe even going so far as to think maybe they meant chicken piccata? This is one of my favorite movies with some of my fave actors including of course, Goldie Hawn. I can’t wait to try this out on grown kids and their families along with a viewing of the movie!!