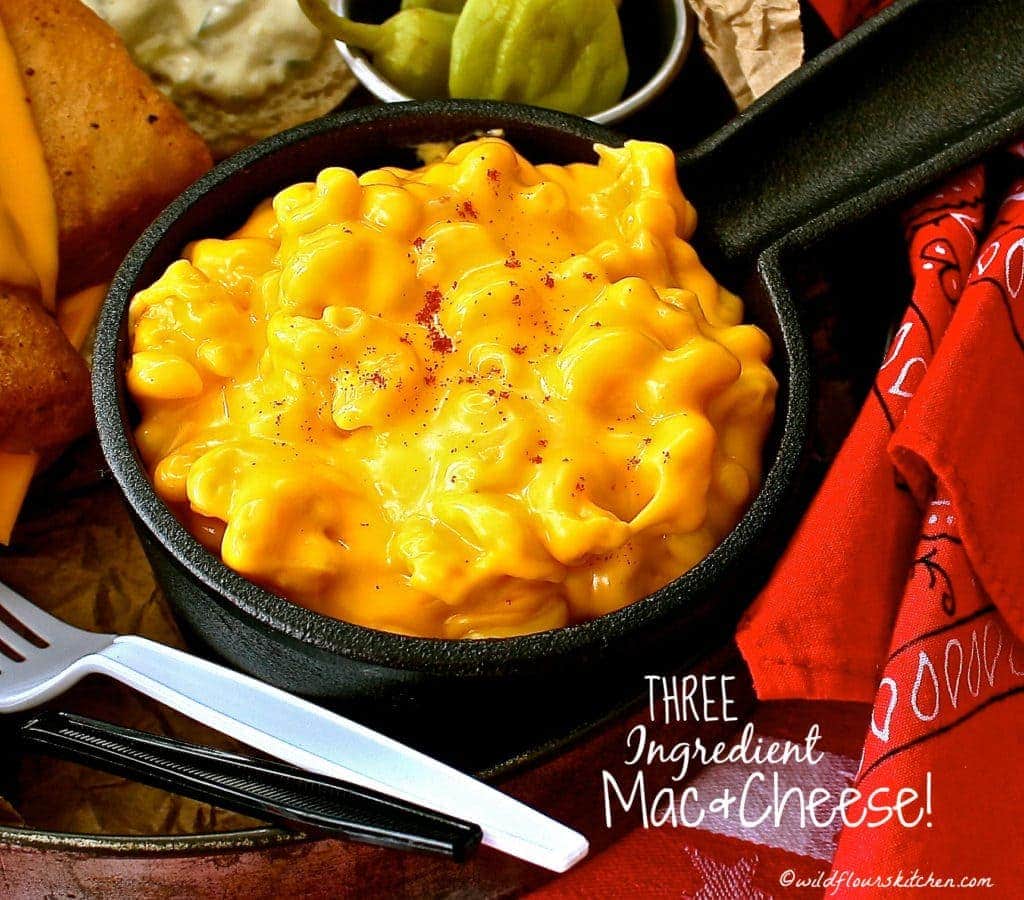 My hubby and I had a fun conversation about the silly jobs we each had when we were younger, and we both happened to each work at delis! He lived in the Pacific Northwest and worked in more of a full-scale commercial deli. And I worked in a smaller one while I lived in NW Indiana in a local grocery store. We both operated a lot of the same equipment, and besides the obvious and ominous meat slicer, included the “pressure-fryer”! BOY did it make good fried chicken! I’d about kill to have one! Fried chicken perfection in about 18 minutes!

Each and every deli has it’s little “specialties”, and the ones we each worked at sold the same simple mac ‘n cheese that he LOVED. I’m ok with mac ‘n cheese. The one I loved and miss from my own childhood and younger days, though, was Kraft’s old one that you added milk, butter, and that powdered cheese packet to.

But my hubby sometimes misses the super simple one that about every deli across America made, that has just 3 humble ingredients.

So, since we were having our own little fish fry, I decided to surprise him and make his old favorite! And he fell in love with it all over again! I have preferred making it with shredded cheddar myself, but he really enjoys the creaminess that the “fake stuff” lends. Hey. Whatever you like is what you should just have. We all have our little indulgences, so don’t judge him too harshly. 😉 I don’t mind it this way, though, either. It’s not bad at all, actually, and could not be easier to make! Which I REALLY needed that day!! So I always appreciate using it once in a blue moon.

Super easy, super creamy, and yes, it actually did have a decent cheese flavor! So what’s the big deal, right? Once in awhile, be a kid again! 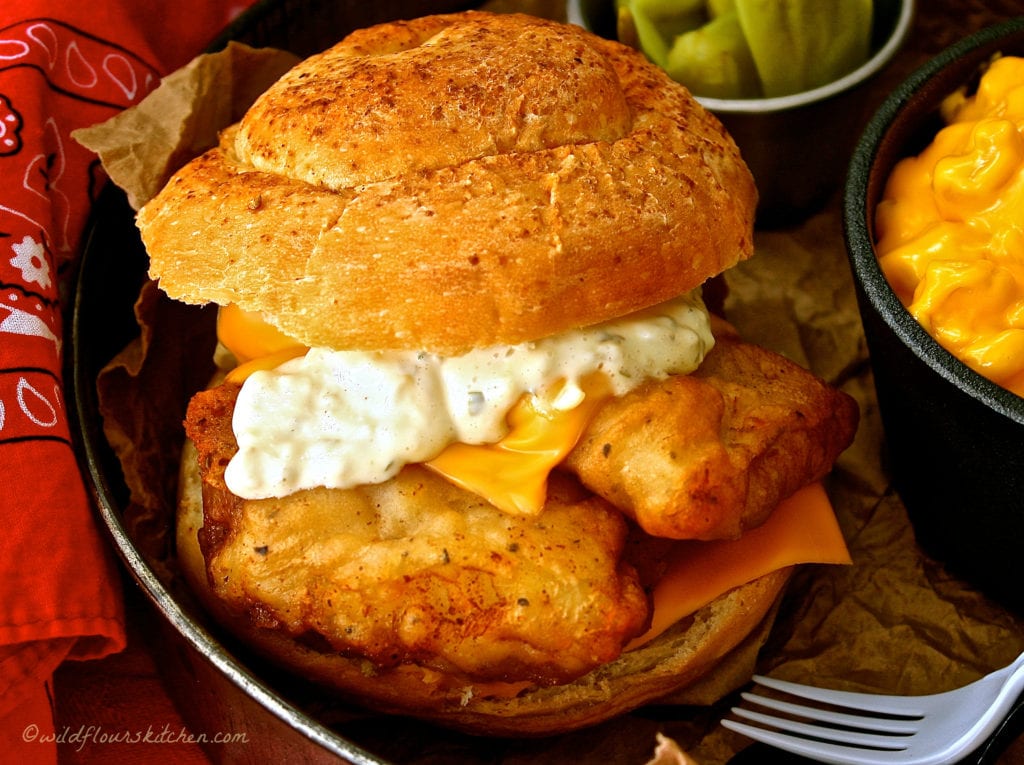 We enjoyed it alongside some killer good fried fish sandwiches, (recipe coming Saturday!), and our “simple supper” was simply fabulous! 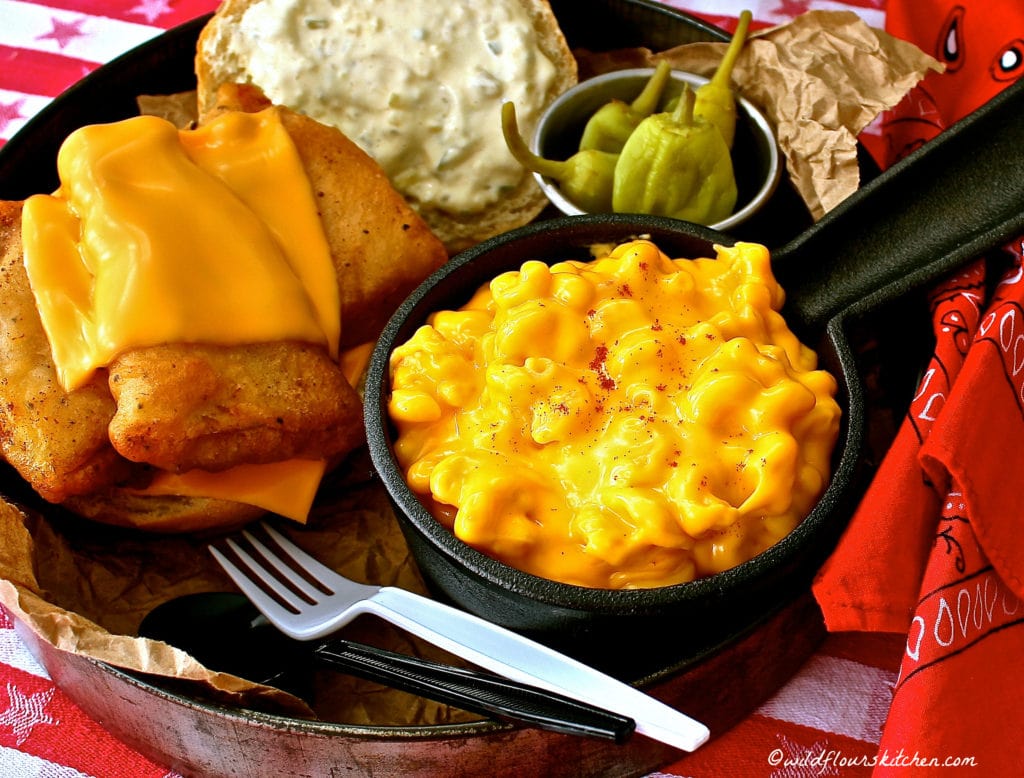 OH yea. A taste of the midwest on any given Friday night!

I do hope you give this a try sometime. It’s no worse than any box, and a heck of a lot cheaper!! It’s indulgent with the heavy cream, plus either shredded sharp cheddar, or regular or Sharp Cheddar Velveeta, cubed, like I used this time, and good ole pasta. So it isn’t something that you want to make often. But it’s not like we’re all going to be eating this on a daily basis. This is just a fun one to be exactly that. FUN. So enjoy! 🙂

*To make this a quickie lunch or super simple supper, stir in sliced hotdogs or sausages* that have been sautéed in a little oil or butter until lightly browned on both sides and fully cooked*. Fold in very last.