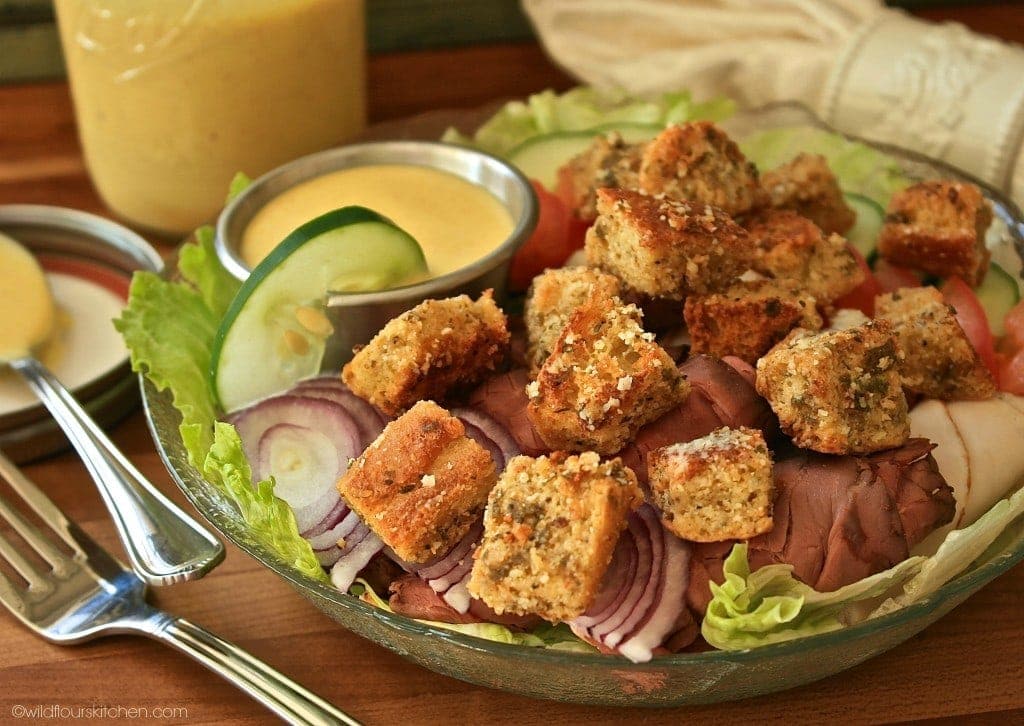 ‘Tis the season (now) for……salads! Though this might not look like it could melt the pounds away….it actually does! Works for both me and my hubby! 😉

Most of my salad dressings that I have added to my blog are mayonnaise-based. But when drizzled over a bowl of fresh greens, veggies, and high-protein lean meats such as nearly fat-free roast turkey and beef, the extra pounds seem to just fall right off! Every. Single. Time. And we don’t go skimpy-light on the salad dressing, either. So, for whatever the reason, (maybe because they aren’t laden with highly-concentrated sugary syrups and extra chemicals?), the dressings that I’ve been sharing with you aren’t as bad as they might first seem. 😉

And because they work so well, there’s a little bit of wiggle room for some extra fun!

Whenever I have an end of bread left, especially from a french baguette, I love to spoil us with a small batch of homemade croutons! And this particular batch was designed to pair with my most recent dressing, a simple Creamy Honey-Mustard Salad Dressing. And the two, I must say, were a match made in heaven! 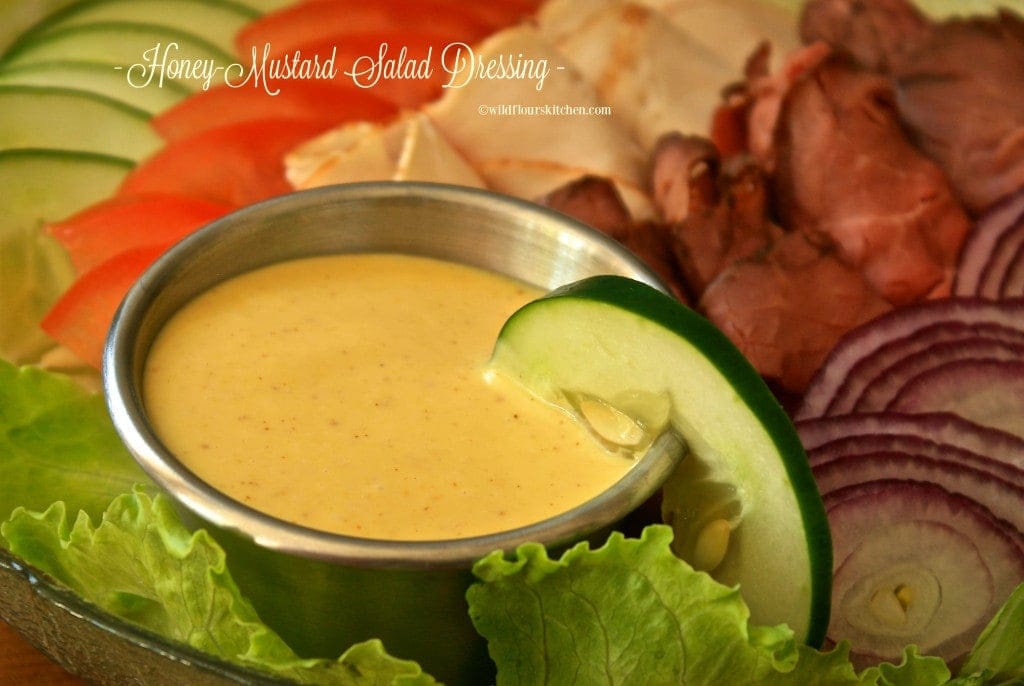 The bold flavors of the croutons paired so extremely well with the light, tangy and creamy dressing, that I had to make myself slow down! It was hard not to just wolf that whole salad down in 60 seconds flat!! 😀

Croutons, to me anyways, are what make salads extra special and eyes of all ages light up! Turning salads into something of a treat rather than just a plain side your mom used to make you eat, or boring ol’ “diet food”! And they’re so, so easy to make, that you’ll want to save a dab of bread just to make yourself a small batch every time you’re craving a nice, crisp salad!

All you do, is dice the bread into decent-sized chunks. “Large bite-sized” is what you’re going for here. (Not tiny ones that resemble store-bough stuffing cubes, in other words).

Then, essentially, in a small sauté pan, melt some butter along with the rest of your ingredients, and toss in the bread cubes to coat and absorb all of that delicious butter! Yes. Butter. But don’t worry, you aren’t going to eat croutons for your meal. Think of them as just a garnish! Because that’s about all they add up to anyways. 😉

Last, just sprinkle in a little potent cheese, asiago in this case, and spread them out onto a baking sheet, pop them into the oven, and toast! When they come out, I like to add a light second sprinkling of a second strong cheese, almost always parmesan. 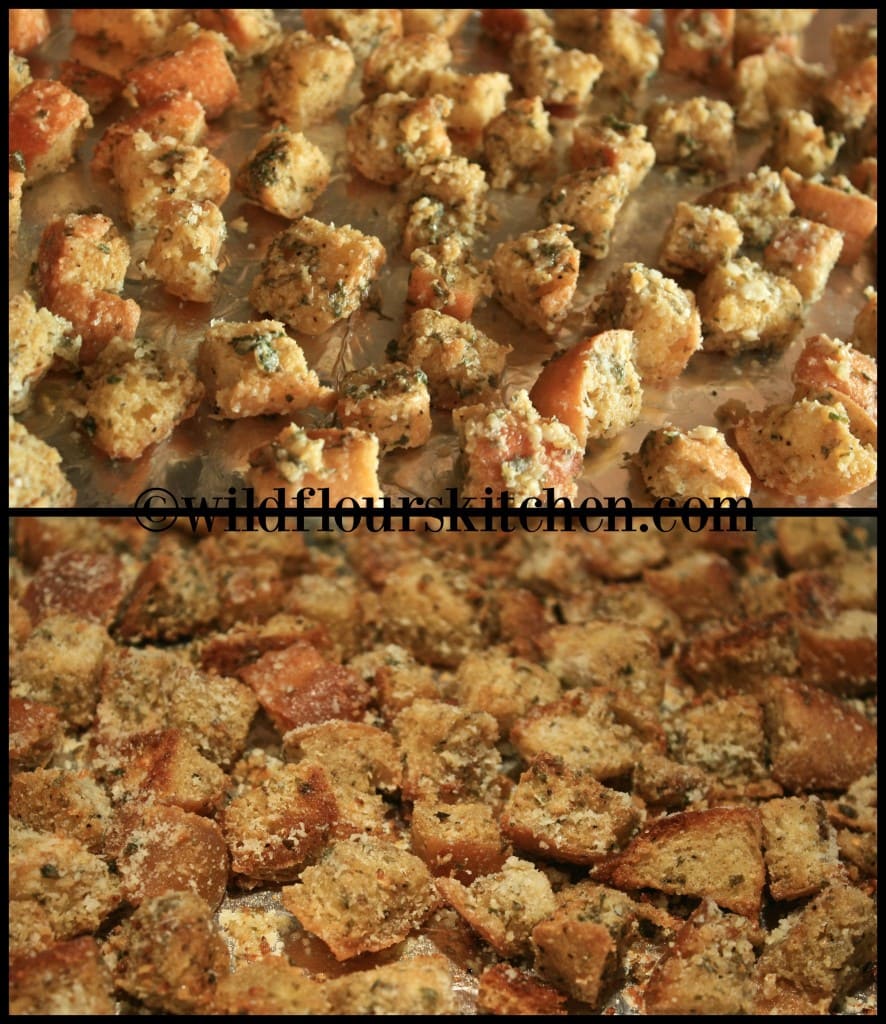 These croutons also have a secret ingredient, just like most of my croutons, I add a little bit of ……. anchovy paste. Yep. A chef taught me this trick, and it WORKS. They don’t end up tasty “fishy” by any means, so don’t worry. But when the paste melts, it lends an incredible richness and saltiness that’s divine!

The only hard part about these….is waiting for them to cool!! 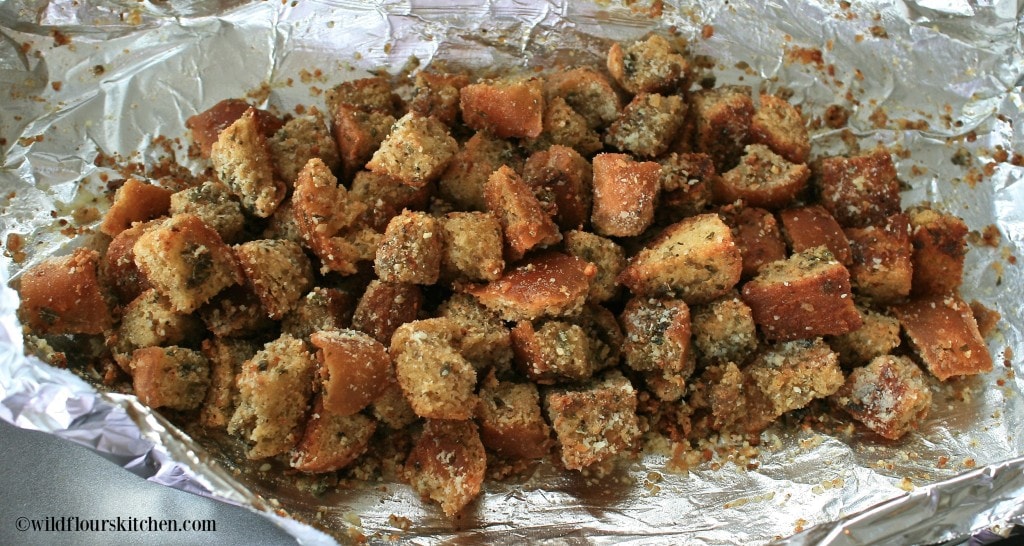 These turned out beautifully. The combination of the spicy brown mustard, basil and sharp cheeses were just what I had hoped they’d be, and more!

So the next time that you’re wanting a satisfying, cool, and refreshing salad, don’t forget to top your masterpiece with a crown of jewels….homemade croutons! They really breathe extra life into a repetitive or ho-hum salad! And these in particular, paired extremely well with my Creamy Honey-Mustard Dressing, too!

I hope this adds some pizzaz to your next salad! Enjoy!! 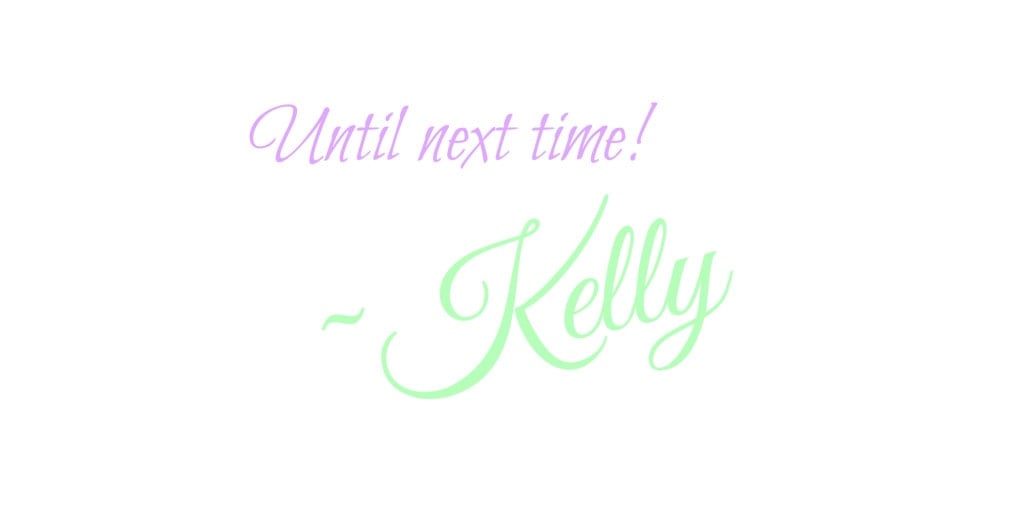 *These croutons & salads were paired with my “Creamy Honey-Mustard Salad Dressing“.

*The amount of bread is *approximately* a fourth of a loaf of french bread depending on the bread itself. Breads vary greatly.
**Baking time is approximate. Just watch them. You may need to give them a toss and bake longer than stated. I've had this happen as every bread is different.
***Anchovy paste in a tube can be conveniently purchased at most grocery stores now).