First off, before anyone gets upset with me, I do have a more traditional version of this historic dish and am in no way disrespecting what this dish is all about. If that is more what you’re looking for, please click here. 🙂

With that said, I do also want to apologize for the photo. I tried, but some things just aren’t…well…very “photogenic”! 😉 But even not-so-pretty dishes need some love, too! And we LOVE this hearty, stick-to-your-ribs comfort food!

“S. O. S.”, or respectfully, “Shit on a Shingle”, as the courageous soldiers of WWII nicknamed it, gained popularity when it first became a staple that the soldiers ate while fighting out in the fields back in 1935. It first appeared, though, in the U. S. Army Cookbook back in 1910 where it was described as serving “enough for 60 men”! It consisted simply of a creamy, white sauce gravy with chipped beef served on a “shingle”, which was toasted bread. Though the soldiers loved it, and still do to this day, I have a feeling that the nickname came about simply due to repetition! How many times can one eat a dish before silly nicknames are sure to follow! 😉 So, sorry about the “s-word”, but, that’s what the soldiers named it. So out of respect for them, I’m calling it what they did.

We have this wonderful dish on a fairly regular basis, and my hubby, a former Navy Seal, has approved both versions! 😉  Sometimes I, too, tire of the “same old stuff” over and over, which led me this time to create a bit of a kicked-up version. I didn’t want to stray too far and have it lose it’s integrity, but I did want it to be extra special this time.

I had a lovely new jar of white wine dijon whole grain mustard, and that’s where I started! 😀 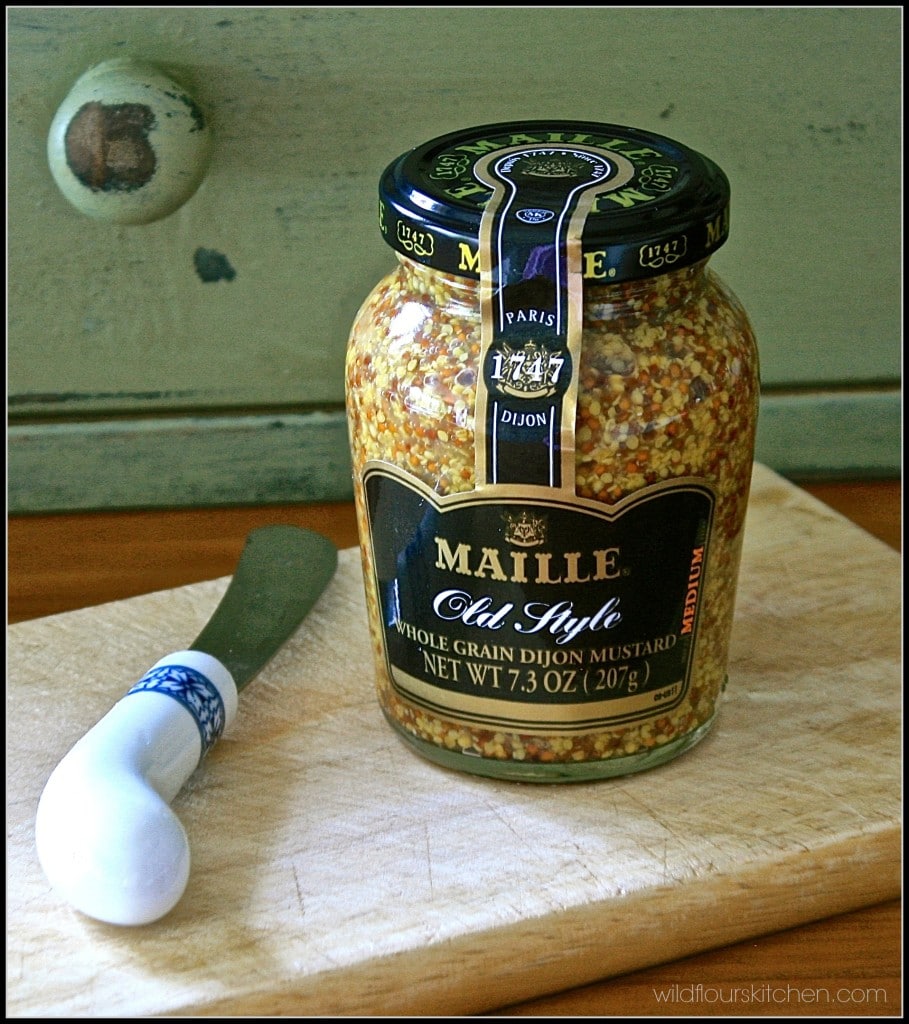 I personally prefer to use very thinly sliced pastrami from the deli counter at the grocery store, but you can use corned beef or even roast beef if you prefer. But pastrami has the most flavor as far as I’m concerned, so that’s what I go for every time!

I always start with a nice béchamel, and this time I added shallots to the roux for extra fun! The other goodies included are whole grain dijon mustard, a nice light chardonnay, some minced garlic, fresh parsley picked right from my herb garden, a little horseradish for warmth and some swiss cheese!

This combo was really, really outstanding, and served over toasted Texas bread was the perfect hearty foundation that held up beautifully to all that rich and creamy goodness! 😀

So, though it wouldn’t win any Most Beautiful Foods beauty pageants, believe me, the taste is so good that it truly deserves it’s own little tiara anyways! 😉 So show this dish some love, and whip it up for your family soon! It’s great anytime of day for breakfast, brunch, lunch or supper!  Enjoy all and have a wonderful day! 😀

*Leftover gravy will be very thick after chilled. Do not thin! Gravy will thin perfectly after reheating in microwave or in a pan on the stovetop.