What do you do when there’s a snowstorm? Why, THIS, of course!! A “snowstorm” requires provisions!! So I whipped up one of my hubby’s favorites…homemade from scratch pancakes!! And one of my favorites, my eons old Spiced Banana Bread Pancakes with Pecans, was a royal and welcome treat while ice pellets suddenly started to cover the ground and fiercely hit the windows.

They did have me worried at first, though, I have to admit!

I said all along that I cannot see anything even sticking after such extremely warm temperatures of 70º, and a 40º+ temperature predicted on the designated “snowstorm day”. The ground is way too warm for anything to stick, and it won’t be cold enough for anything coming to possibly accumulate. (*Common sense. 😉 )

We did get some ice…at first. VERY early in the morning. After it mostly just rained with lots of thunder.

Then the winds picked up from the north, as it IS winter…, and snow, of course, started to blow. It came down hard for awhile, but we got about what I thought we would.

40 degrees and hello, you are NOT going to have any major snow piling up. Maybe a pretty snow globe effect for an hour or two. But don’t worry about breaking out the snowblower. At least not here. 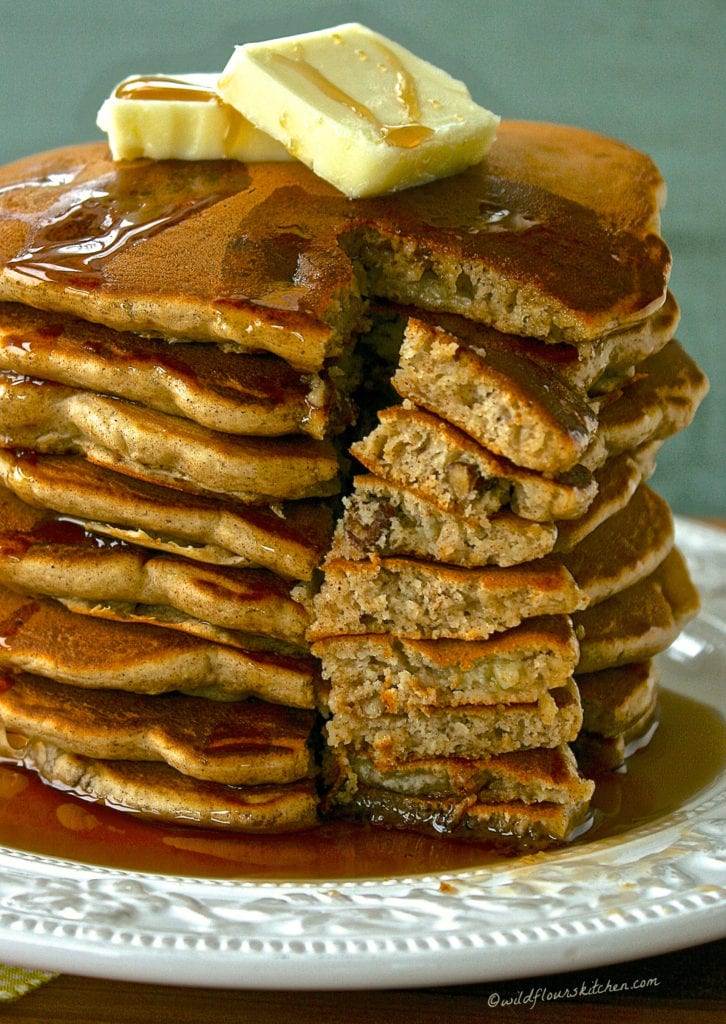 But while it was dark, and I had all of my “pretty lights” on, (the little ones that my hubby hates…hehe 😉 ), that creates that soft, romantic glow that just makes everything look pretty and cozy!!, I was in the mood to whip up a simple and easy breakfast, scooting around in the kitchen in my slippers and pj’s! (Yea. Not so romantic in my oversized pink-tee and flannel pajama bottoms, but I was feeling sexy to cook!!)

So I fished out a frozen, very ripe banana out of the freezer, and let it start to partial-thaw while I gathered up the rest of the ingredients I needed to whip up some dang good homemade pancakes! 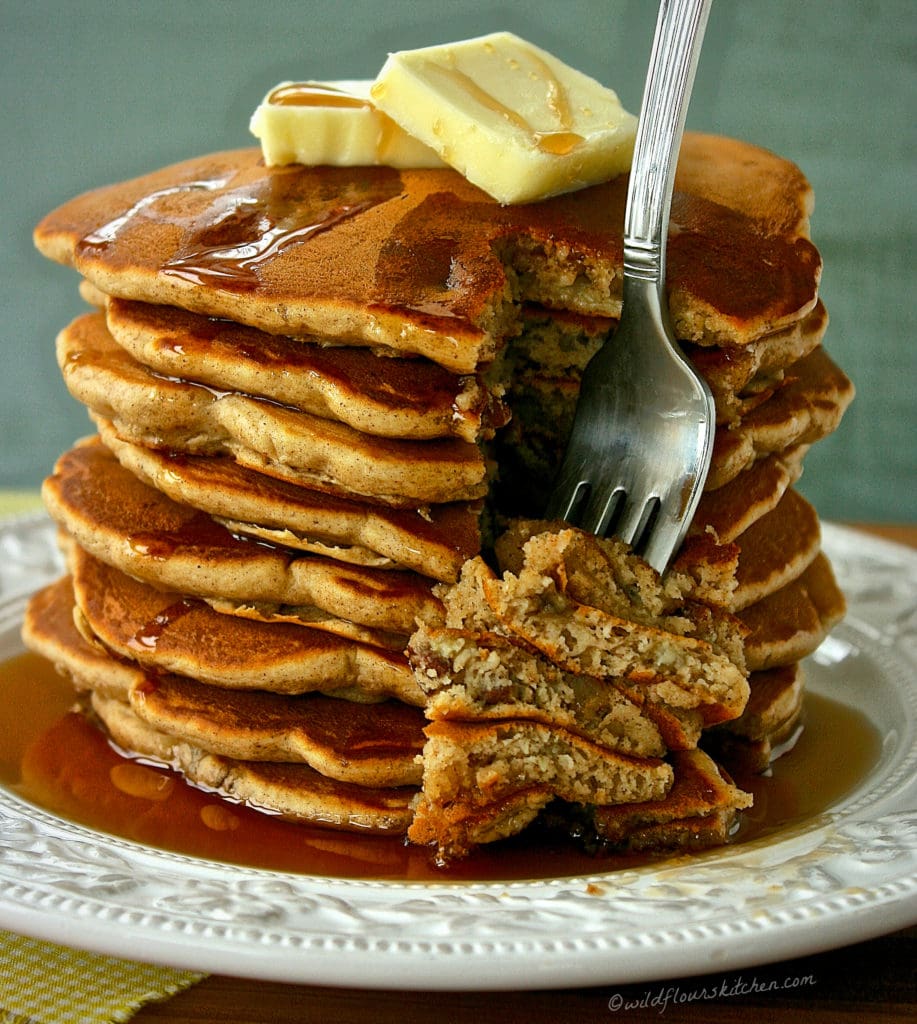 I so wish you could smell these babies!

And boy were they ever delicious! I used to make over 100 different pancake flavors when I, and a crew of usually about a dozen, ran a pancake breakfast back in the midwest once a month for charity, and though these “Spiced Banana Bread Pancakes with Pecans” are one of my simpler ,”Flavored Pancake of the Month”, pancakes that I used to make, they’re truly loaded with wonderful flavors!

I had forgotten just how good these really are! I know you’re going to enjoy these just as much as we do! So, whip up a batch for breakfast (or supper!), and I’ll put on a pot of coffee! Have a wonderful weekend and…

*Best made with very ripe bananas. Wait until the skin turns black for the sweetest taste with no chalky aftertaste.

How much time should I allow to make these amazing looking pancakes? They look so delicious. Definitely will make on a weekend.