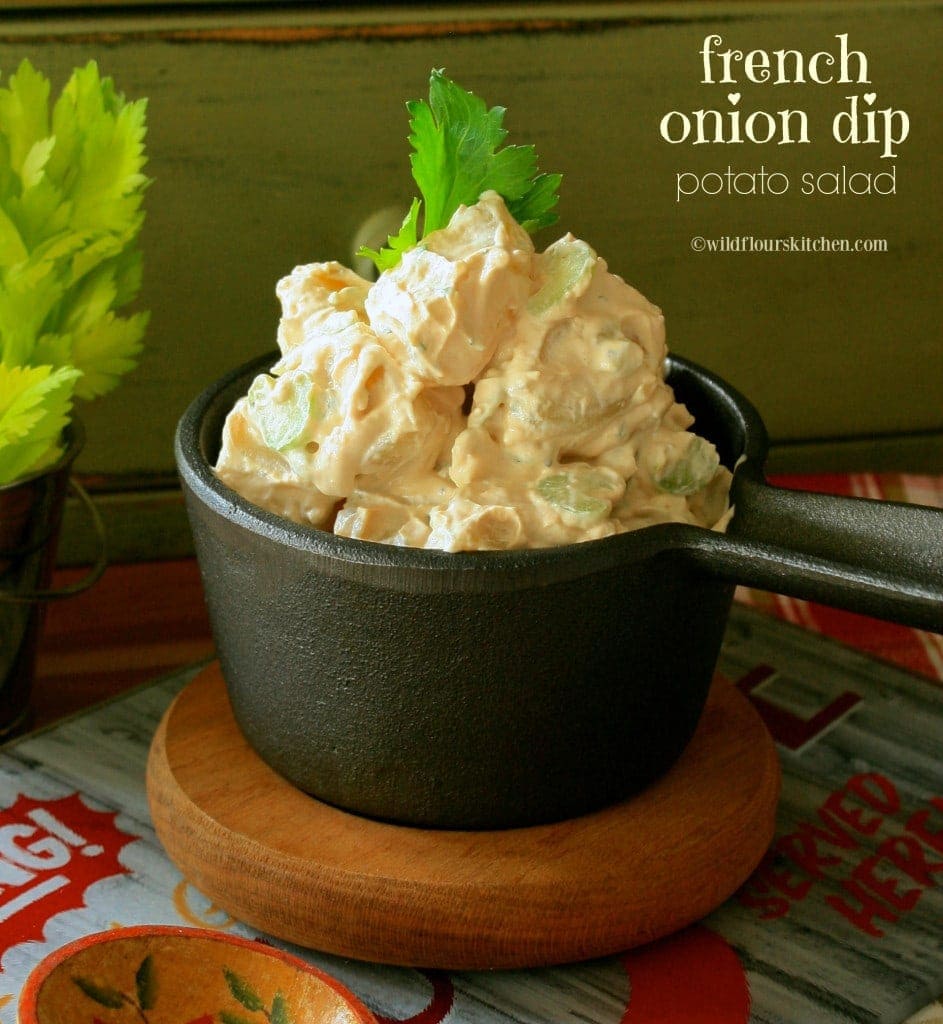 Ever since my hubby had extensive dental work, he hasn’t been able to enjoy foods that are extremely crunchy, such as one of his favorite indulgences. Extra crispy Ruffles potato chips and French Onion Dip!

So one day I thought, you know, there just has to be a way for him to be able to still enjoy that classic dip, but without all of the pain of the crunch!

I’m always trying to come up with new potato salads, as I love them, but the hubs – – not so much. And I got to thinking….why not just make a French Onion Dip Potato Salad? I mean, it’s sort of the same thing, only the potatoes are just cooked differently! Right?! 😀

And this would (hopefully) then,
be a potato salad that he’s sure to love and be able to enjoy!

And sure enough, he DID!!! I was thrilled, he was thrilled,
and it came together so easily it was almost silly! 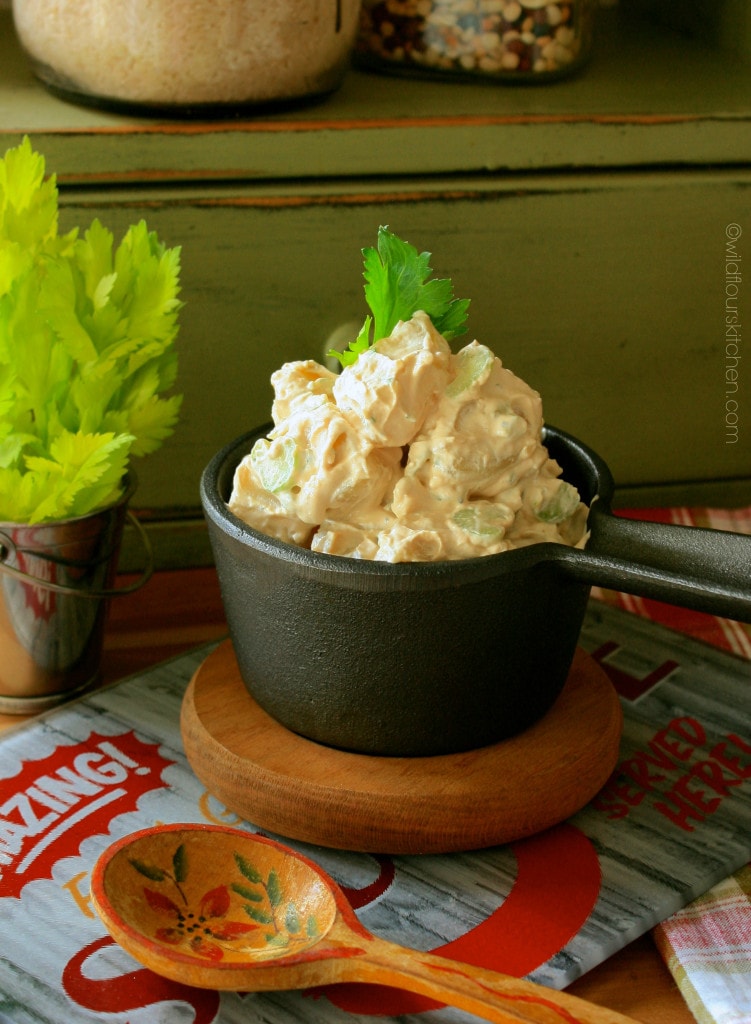 I didn’t want it to be a bowl of mush, though, so I did add a gentle crunch of very thinly sliced celery. And that he was able to enjoy no problem!

And I actually thought about dolling it up with some crumbled bacon, caramelized onions, and cubes of swiss cheese, but I’m so glad that I resisted the urge to play with it! It was perfect just the way it was! Simple. And just like the dip that’s a classic for a reason. 😉

This potato salad was such a hit, that it’s going to be a staple this summer for sure! We had this with some awesome Cheesy Beef Stuffed French Bread sandwiches, and it went extremely well with them! So I know that this will also be a perfect side dish to accompany some grilled burgers and steaks this summer, too! 😉

So, if you don’t think this sounds totally crazy, are a fan of the classic French Onion Dip, and are looking for some simple side dishes to make this spring and summer, better save this potato salad recipe! I’m sure you’re going to love this as much as we did! 😀