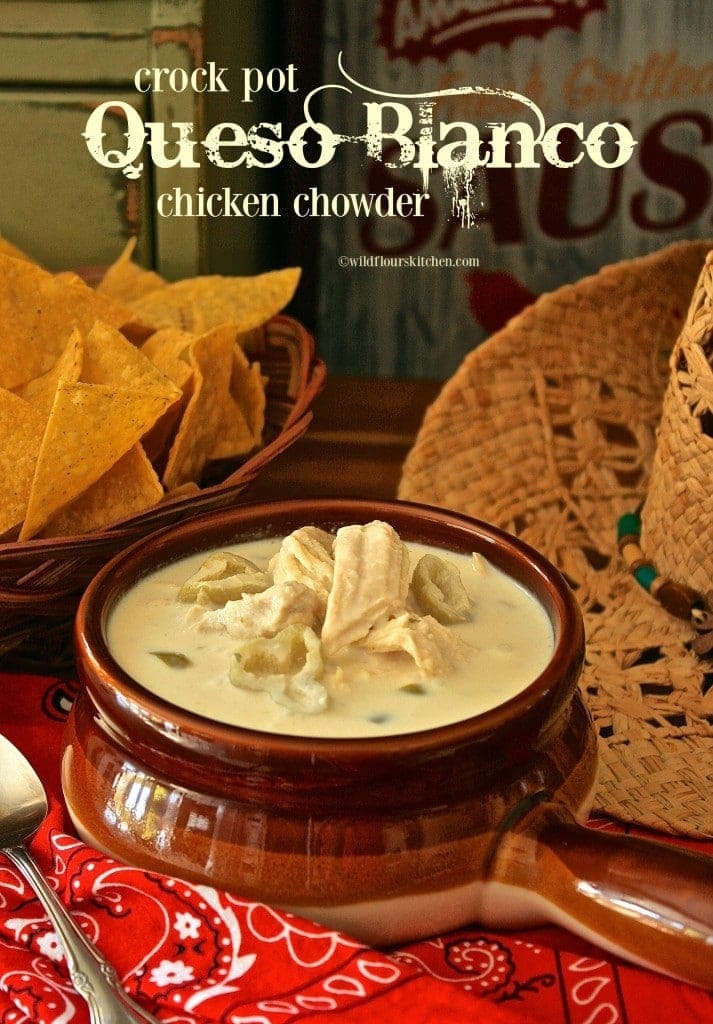 Many, many, many years ago, (NOT telling how long ago that was! not yet… 😉 ), I was privy to a dip recipe from a restaurant that completely took me by surprise. It was a little corner Mexican, mom ‘n pop, hole-in-the-wall place (my favorite kind!!), and they had a simple, cheesy dip on their menu called “Queso Blanco Dip” that was to die for! Seriously good stuff!

They weren’t supposed to give out their “secret recipe”, but I went there quite often, and quickly became good friends with one of the waitresses. 😉 I was waitressing at the restaurant two doors down, so we’d exchange comp lunches sometimes to break up the monotony of eating the same food that we had to serve everyday! We had a blast that summer down in Champaign, Illionois! We were both the same age, 19, and the world was finally “ours”! We were both in the same boat, too. Married, and flat broke!

I asked her how they made that velvety-creamy dip one extremely hot summer afternoon while we snuck a couple of cheap Mexican cervezas to have with our lunch from “her” place (she happened to know the bartender 😉 ), and she dropped my jaw!

I could not believe my ears when she told me what was in it. 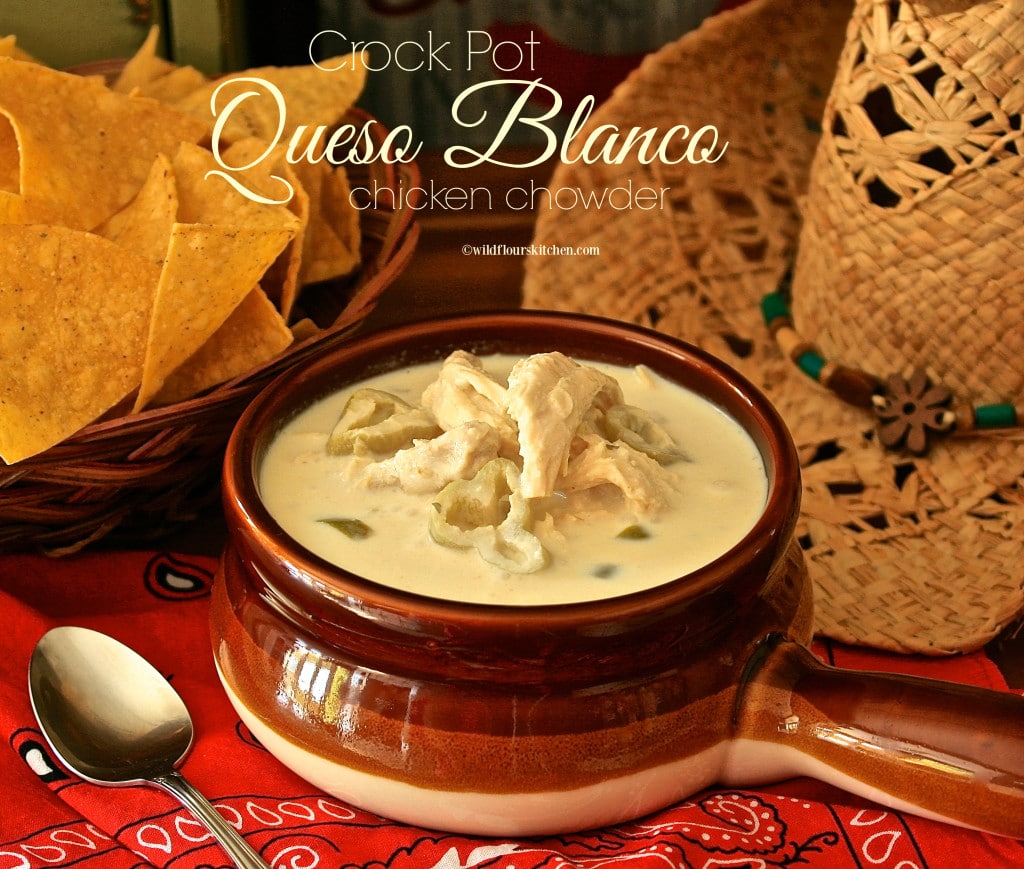 I was completely shocked to find out that it was simply “Land o’ Lakes White American Cheese”, (the kind that you buy from the deli section of your grocery store), plus heavy cream, and chopped green chilies in those cute little cans. 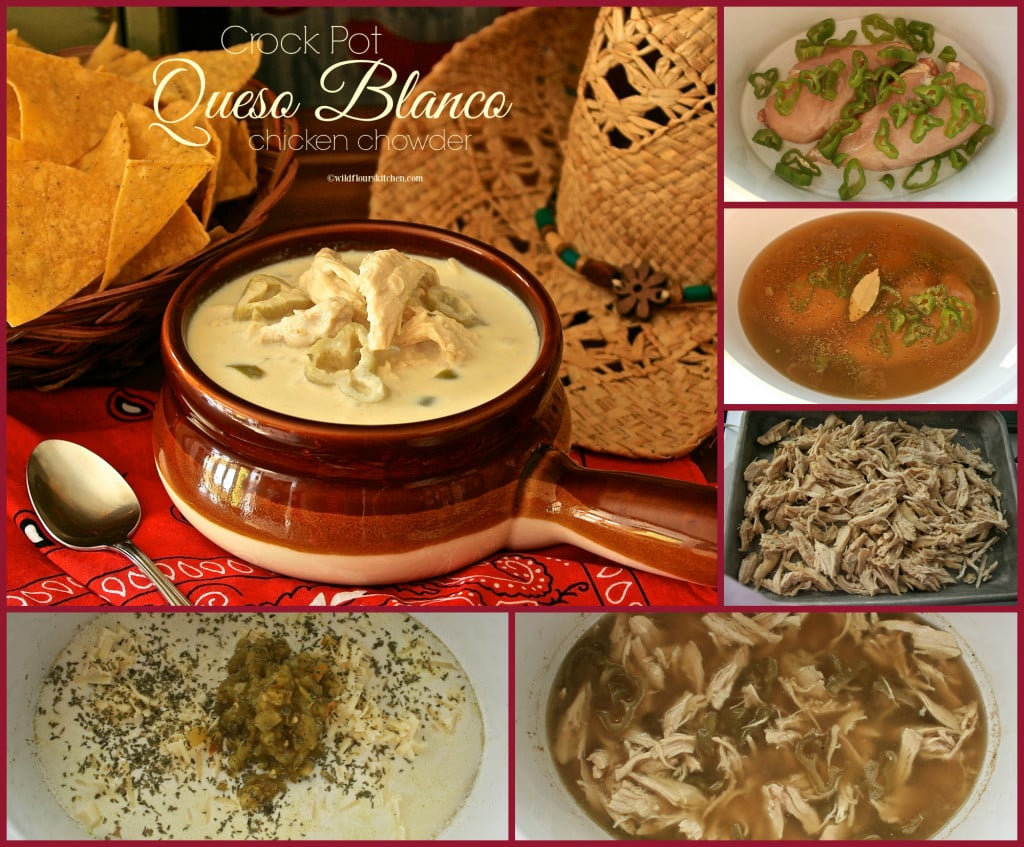 Yep! That’s all there was to it!

Nothing else. Nada. Nada thing! 😉

(I admit, at first I thought she wasn’t telling me the truth. That maybe the owners made their employees say that to throw people off their track in cracking the recipe!)

We were friends. And I knew that she wasn’t just pulling my leg or giving a bogus answer. 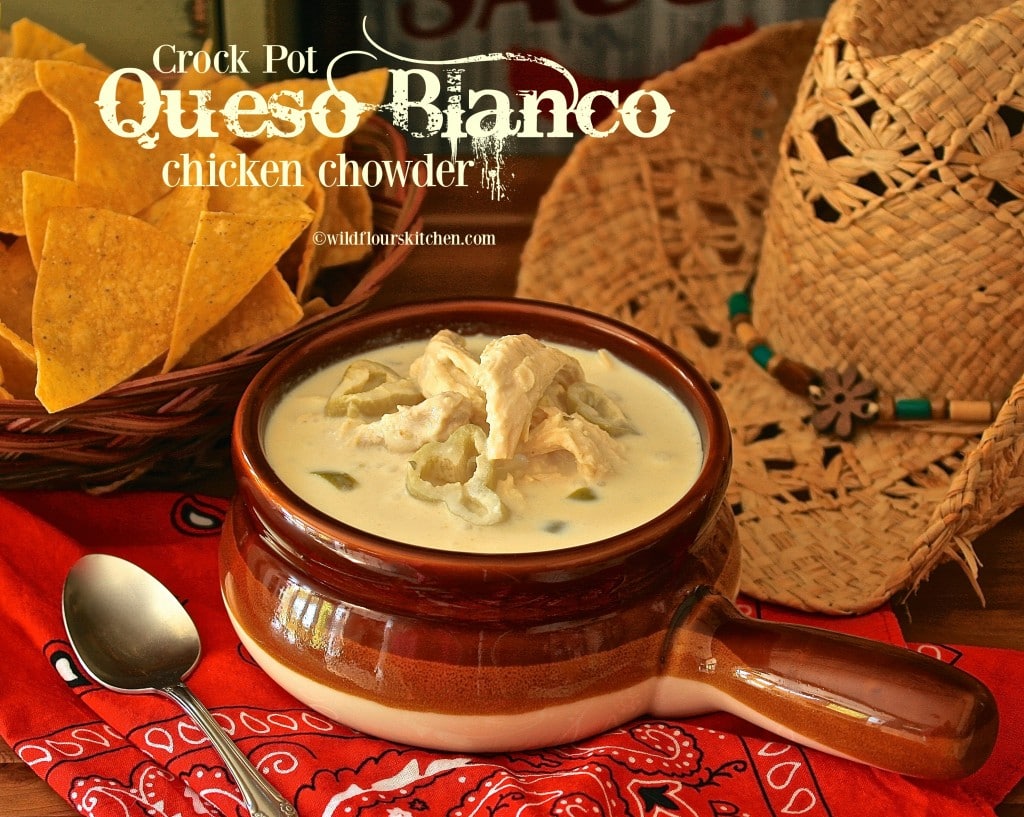 So one day I decided to make this mysterious pot of yummy, cheesy, deliciousness, out of simple curiosity, and low and behold….it was spot on!

Sadly that cute little cubby hole of a restaurant closed. I eventually moved away. Life went on and life moved fast.

After years of making it myself for family and friends, and was constantly asked for the recipe over and over, I finally shared it publicly on a cooking and recipe website called “Recipezaar” (now called food.com). And “my” Queso Blanco Dip quickly became not only a very popular recipe there, but spread across this new thing called the “internet” like wildfire! (I loved it! Now my friends could just print it out! Voilà! )

It was a smash hit, and suddenly, everyone was claiming that this was a “secret recipe” from “a restaurant they’d been to”. Hmmmm. 😉

All I can say, is that the dip wasn’t my idea to begin with. So I can’t, and won’t, take credit for it. I only shared the dip recipe with close friends who asked for it, and I didn’t share it publicly until years later when I stumbled upon a recipe site when I got my first computer.

The restaurant closed back in 1983. And I’m almost certain, that the cheese that they used back then MAY, just saying “may” (wink wink), have been that white American “government cheese”. That’s what I heard anyways. 😉 And “may” have been the reason that they “closed”. Just speculating. 😉

But it was damn good stuff! 😉

I don’t know if they were actually the very first restaurant to come up with this now ridiculously popular dip recipe, most likely not. But it sure feels like a lifetime ago, and they were probably at least among the first! 😉

I have since made quite a few dishes based on that “infamous” dip. Either thickened a bit (using less liquid) for drizzling over Mexican dishes; or, in this case, thinned a bit to make a soup! I’ve even made a mac ‘n cheese recipe out of it that you can find {here}! (*Enjoy straight from the stove or bake!) Plus a few that I have yet to share that I’m keeping under wraps. That’ll be be MY secret. 😉

But my latest way to play, this velvety and lightly spicy version, made into a nice hearty-meaty chowder, was nothing short of divine!

I hope you give this a try soon!
Even my green chili pepper-hating hubby loved it!

*I enjoyed this chowder with some corn tortilla chips that worked well, but I think next time, (and oh yes, there WILL be a next time!), I’ll make some humble, spicy refried bean quesadillas for dipping ‘n dunking! 😉

*Let the removed 2 1/2 cups chicken broth/stock cool down and pour into jar or container leaving at least a 1" headspace for expansion. Freeze for a later use. (You can also add some back into the chowder if you like it thinner).
**You can add fresh chopped parsley or cilantro at the end if you wish instead of the dried parsley.