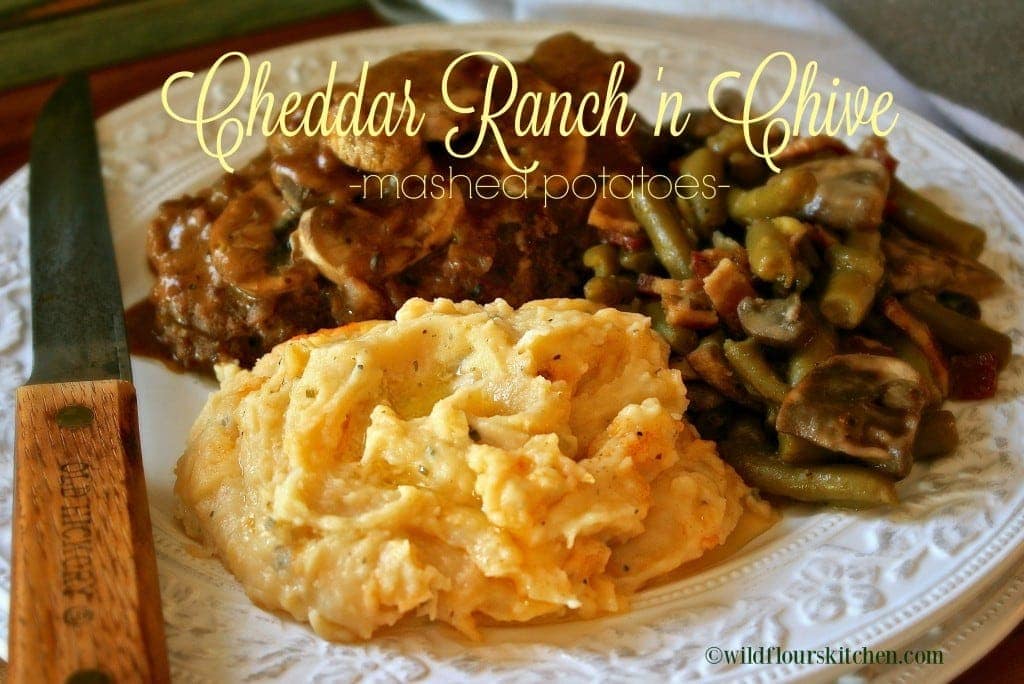 I wish I could say that I grew up on homemade mashed potatoes, but I didn’t. Very few of my older relatives made them from real potatoes. Even my Mom and my maternal Grandma always used “the box”, and so did I for many years.

Only on special occasions did I make homemade, because I hated mashing them!!! That hand-held potato masher was an evil utensil that I always shoved to the VERY BACK of the drawer!

I despised that ugly, awkward thing with a passion. I’d mash, and mash, and smash until my little arms felt like they were going to fall off, only to find that my potatoes were still lumpy. And they were cooked plenty.

Oh, some use electric beaters, or add them to the ol’ Kitchen Aid Mixer to “whip” them up. But I didn’t care for that method, either. They would become too starchy, icky-sticky, and had the consistency of glue. 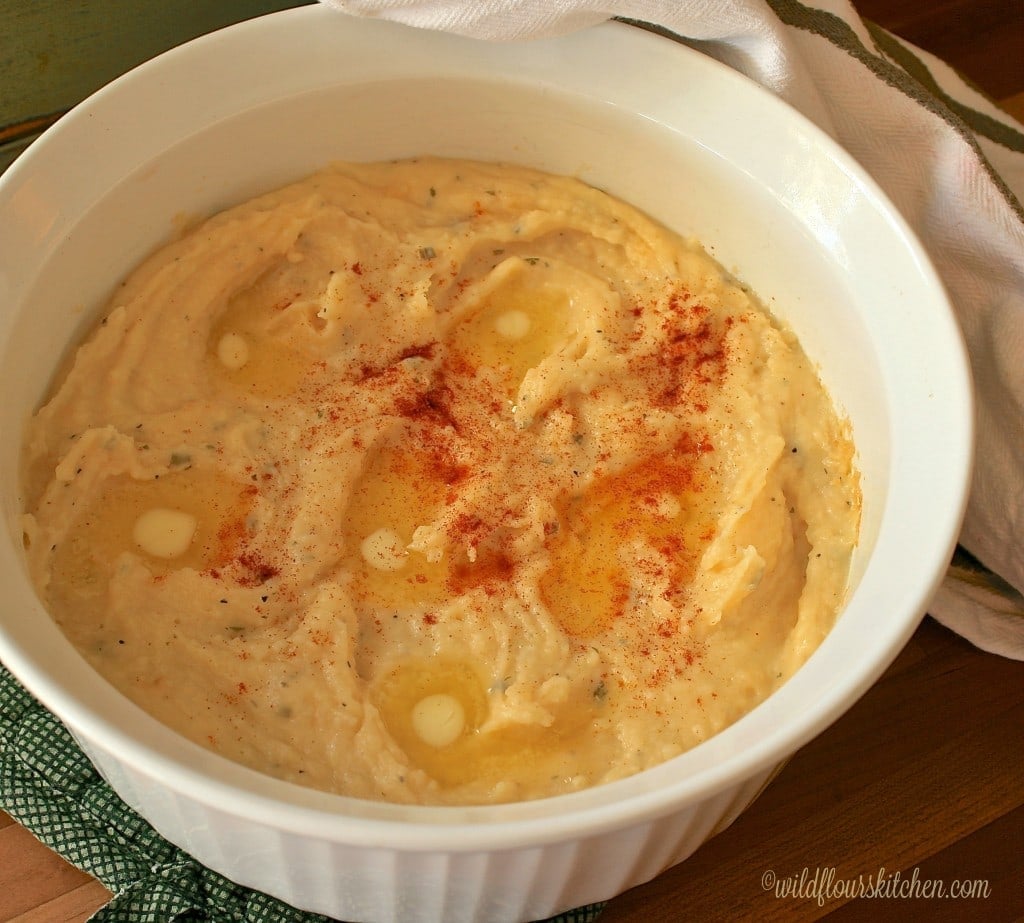 Then one day something magical happened. I was introduced to what would immediately become my new BFF in the kitchen….. 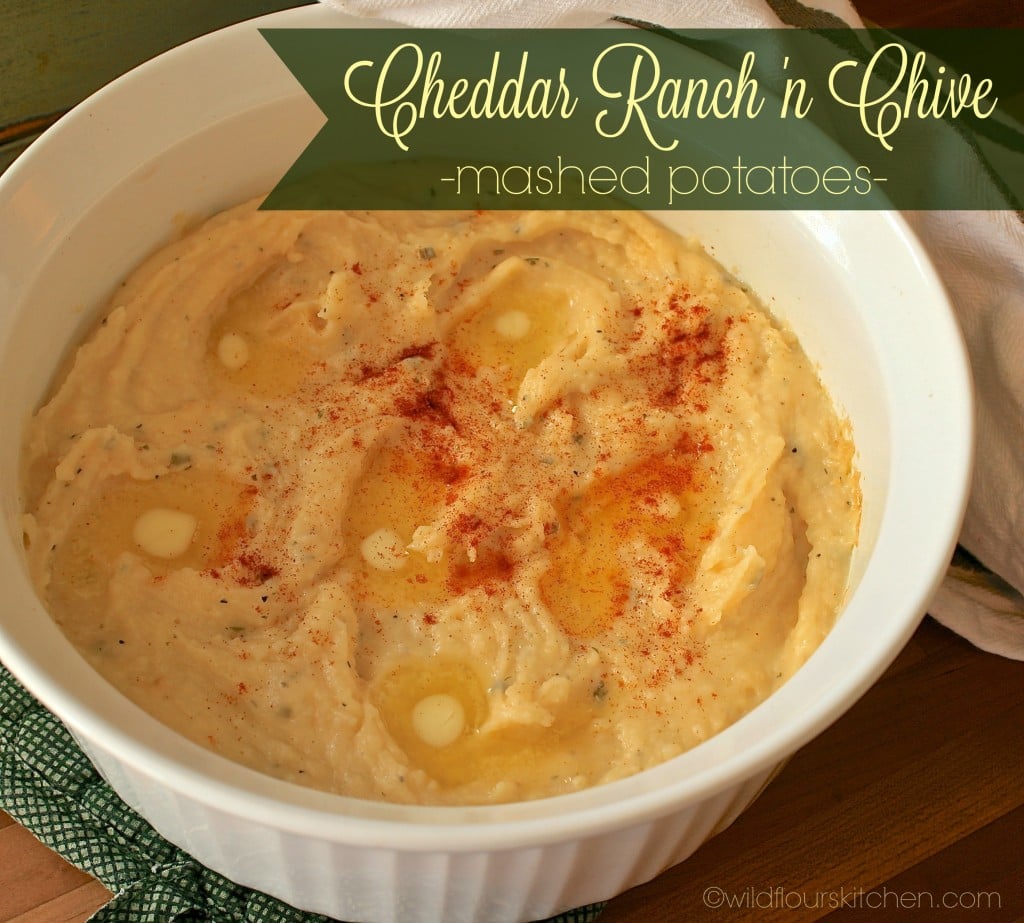 Like a knight in shining armor to the mashed potato rescue!

Where, oh where had this wondrous contraption been all my life??

While I was slaving away, mashing and sweating, and swearing and mashing….

Ok. That just makes me mad.

Here’s the magical contraption I’m jabbering about. Just get one. 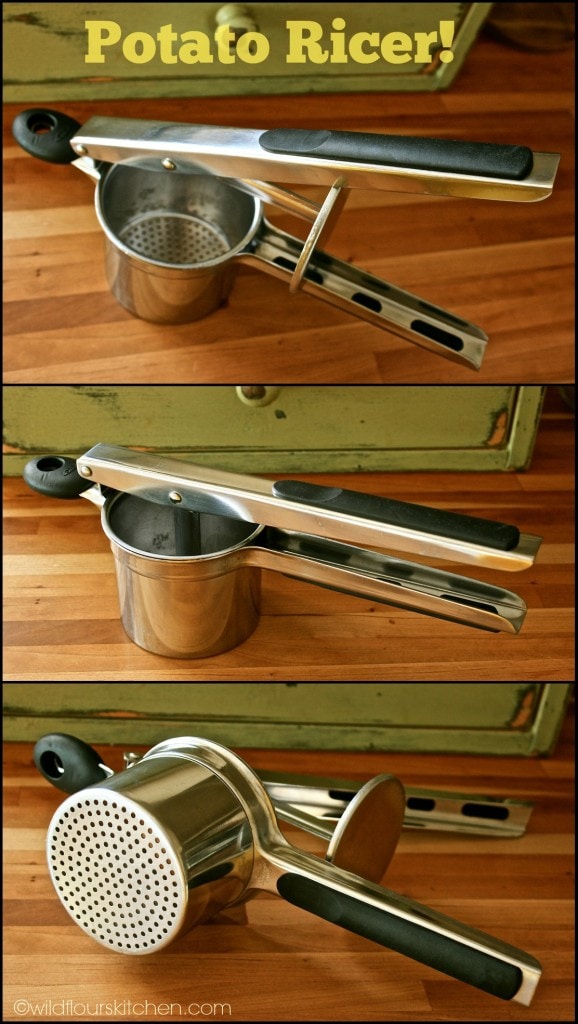 Kind of like playing with Play-Do when we were kids!! 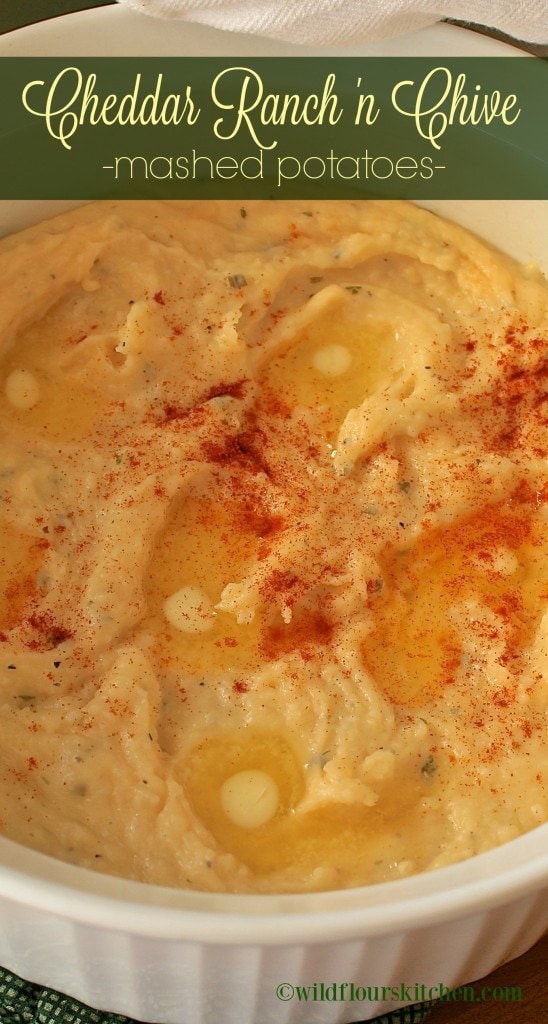 This little bugger works so well, though, that I have NEVER
bought a box of instant potatoes since.

I LOVE using it, and it makes the creamiest mashed potatoes ever! Just run them all through, and add the rest of your ingredients. In this case, we’re talking butter, milk, Ranch mix, seasonings and lots of delicious sharp cheddar cheese!

And I mean just a few quick turns around the bowl with a spoon, and like magic, you’ve got creamy mashed potatoes. Instantly. 😉

If you don’t own one of these, I highly recommend that you seek one out immediately. Unless you’re a total masochist. Then I can’t help you with that. 😉

These homemade mashed potatoes really don’t take that much extra time to make than the awful instant kind. And they are soooo much healthier! Not mention, taste incredible.

I never fully realized what a huge difference there is between instant and real mashed, until I was finally rescued. I hope that you will give this variation a try soon!
We LOVED them, and I’m sure you will, too.

*If wanting to make these 1-2 days ahead: Place prepared potatoes into a sprayed or buttered baking dish, cover and chill.When ready to bake, remove from refrigerator and let sit on counter for at least an hour. Longer is ok, too. Nothing is going to spoil. Preheat oven to 350º and bake, covered, for 35 - 45 minutes or until heated through. Remove, stir, dot with small pieces of butter and sprinkle with paprika if desired. Serve hot.

Thanks so much, Christine! :D Hope you enjoy! :D