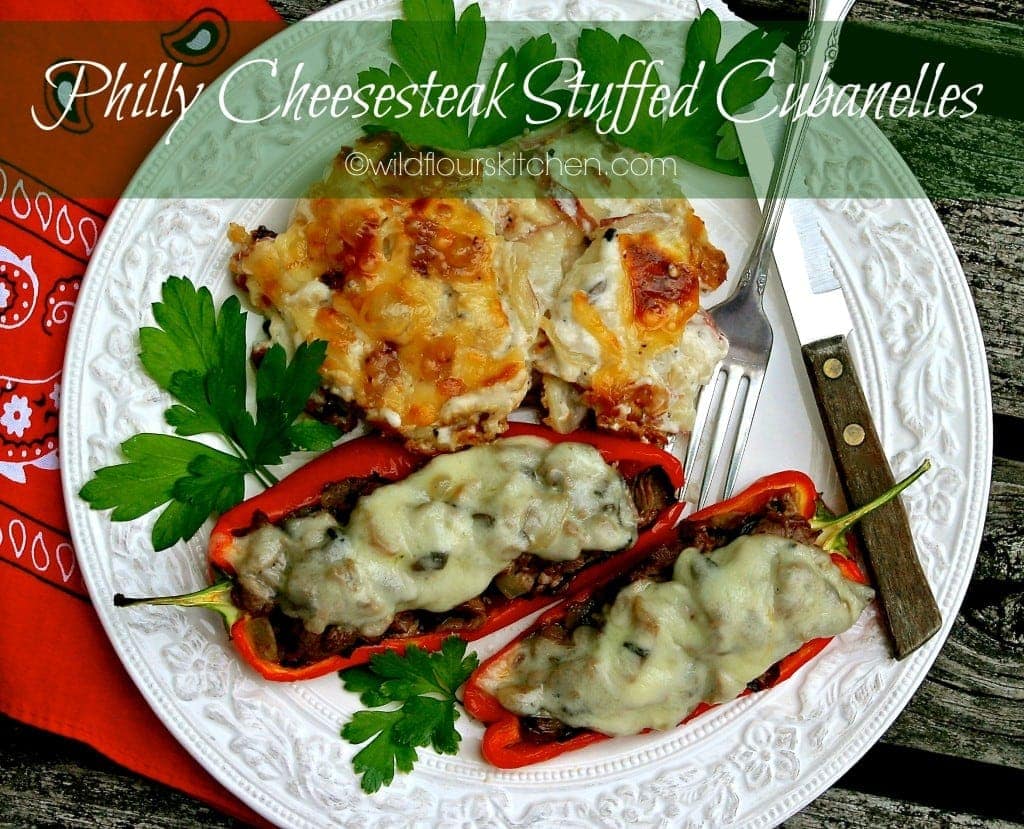 Fall and football season always gets me into the mood to whip up fun and easy recipes! Ones that you can treat your family to on a busy weeknight with almost no fuss at all, to making “cool stuff” for football Sunday!

Feeding even a small crowd can get expensive, so when the deli has lean, deliciously rare roast beef on sale….I’m there!!

I was raised on “Chicago Italian Beef” sandwiches, which are quite different from the land of “Philly Cheesesteaks” out here on the east coast!  There is also a funny rivalry about what kind of cheese you prefer on your cheesesteak sandwich!

My hubby and I both prefer provolone over “cheese whiz”, but if you prefer the latter, go for it! 😀

I’m one who also likes mine with peppers, onions and mushrooms to boot, so as I was picking my THOUSANDTH pepper from my garden, and remembering the pound of roast beef I had in the fridge, I put two and two together and came up with a super easy idea for Philly Cheesesteaks stuffed into a pepper! The best of both world’s without all of the bread! 😀

Lean, mean, and chockfull of flavor and goodness!! 😀

So I simply sautéed some mushrooms and onions in a little butter, added some garlic salt and pepper, and coarse chopped the pound of deli roast beef and added that into the party in the pot!

The roast beef was SO GORGEOUS, that I stopped there cooking-wise. I wanted to keep it medium-rare before baking. But if you like yours more done, you can certainly sauté this for another minute or two.  (*I does get more done after baking, though, so do keep that in mind. 😉 )

Since I didn’t want to overcook the beef, I decided that I wanted the baking time to be brief. Just a heat-through and melt the cheese.

So I decided to give the peppers a head start in the oven, and roasted them for 15 minutes first. 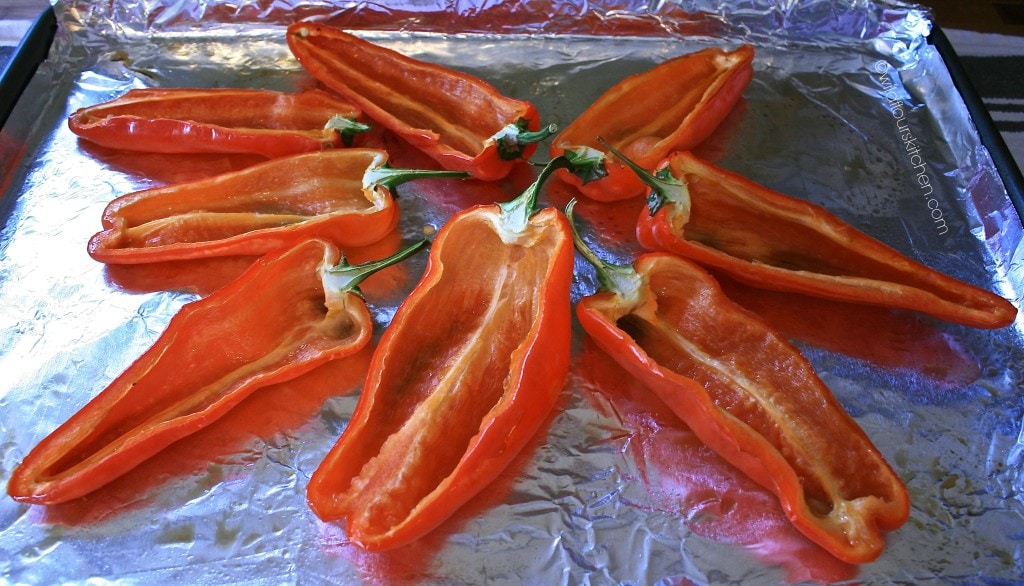 This worked out beautifully! I then stuffed them to the gills with the beef filling. 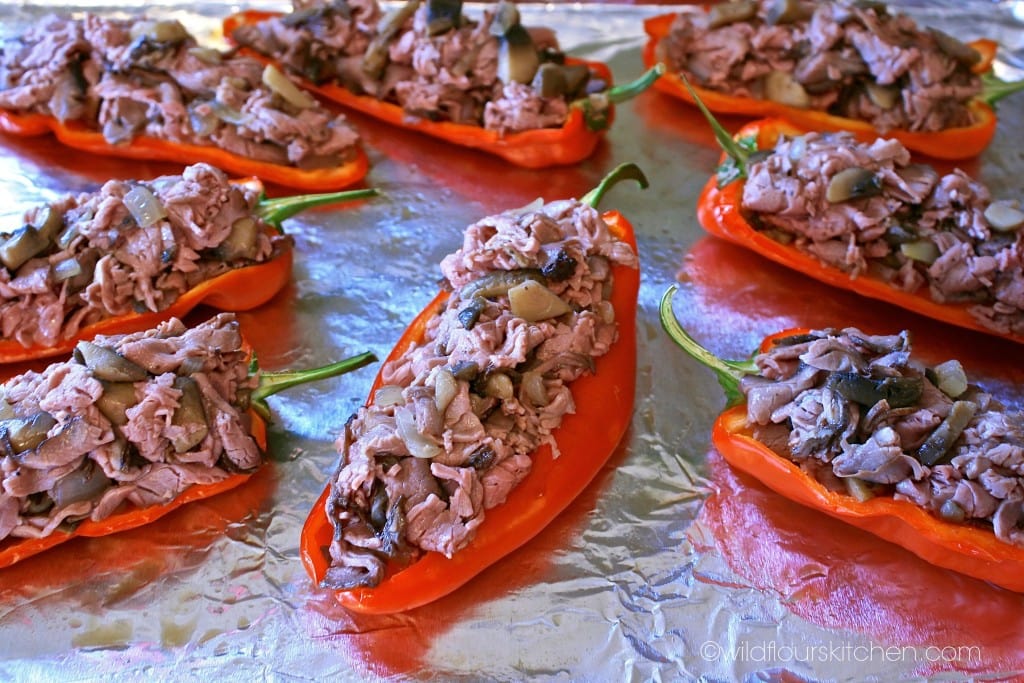 Then topped them with slices of provolone cheese, which was also on sale in the deli section! Score!!!!! 😀 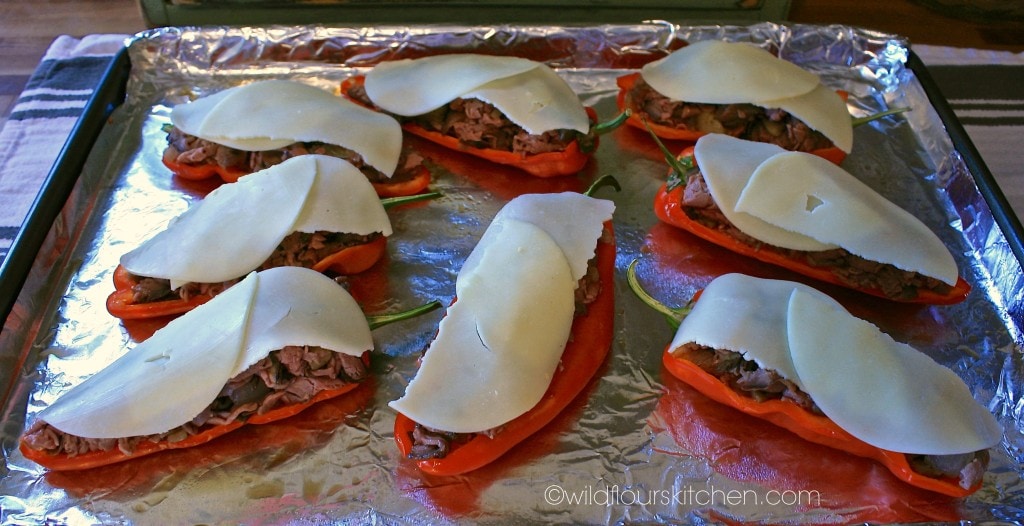 I popped them back into the oven and baked them for another 15 minutes, until they were hot through, the cheese had melted nicely, and the peppers were perfectly crisp-tender! 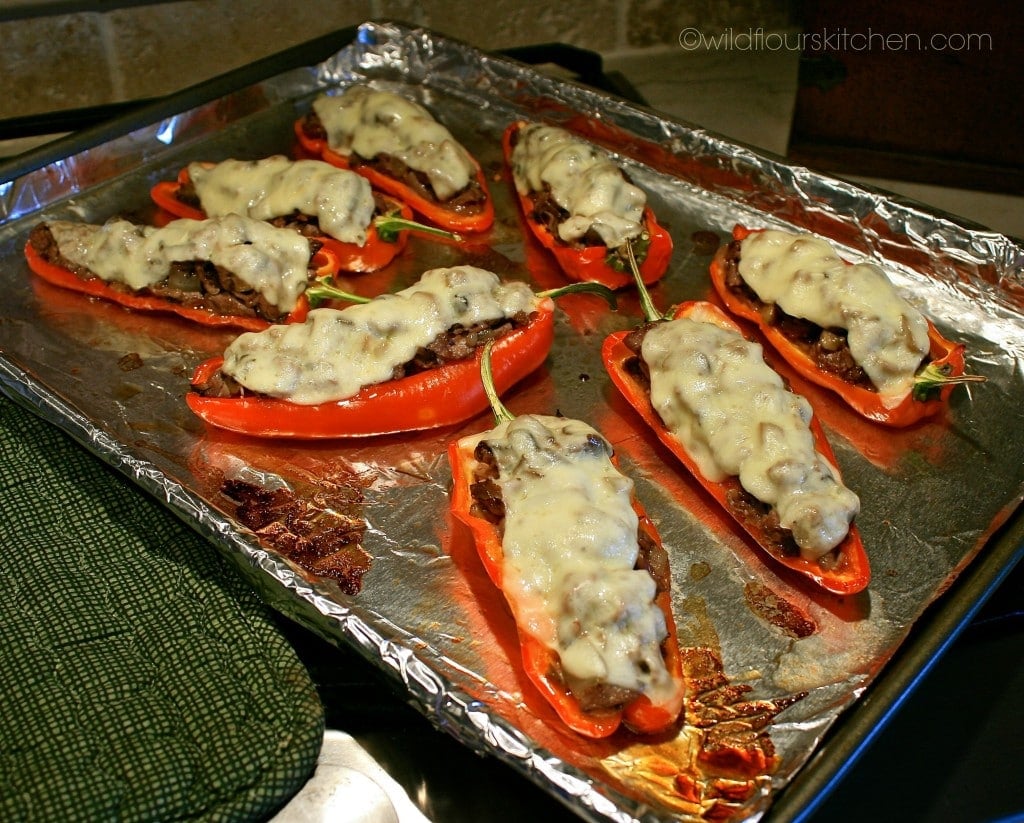 These were so cute and almost too pretty to eat!!! 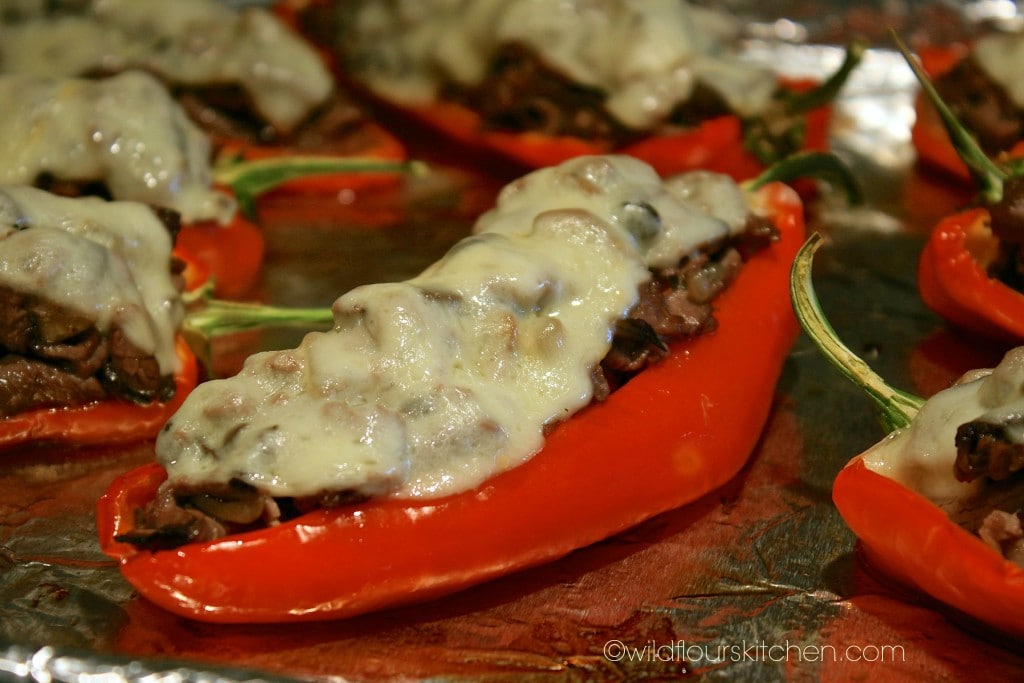 I only made a few for us for supper and lunches, but if making for even a small crowd, you’ll want to double this! 😉

*You can also use smaller peppers for appetizer size! They would rock at a football, or any fall party, for that matter! 😀

Two halves per person was PLENTY. So just one, a half of a pepper, for kids would do them perfectly fine, just to give you an estimate of how many to make as a main dish. 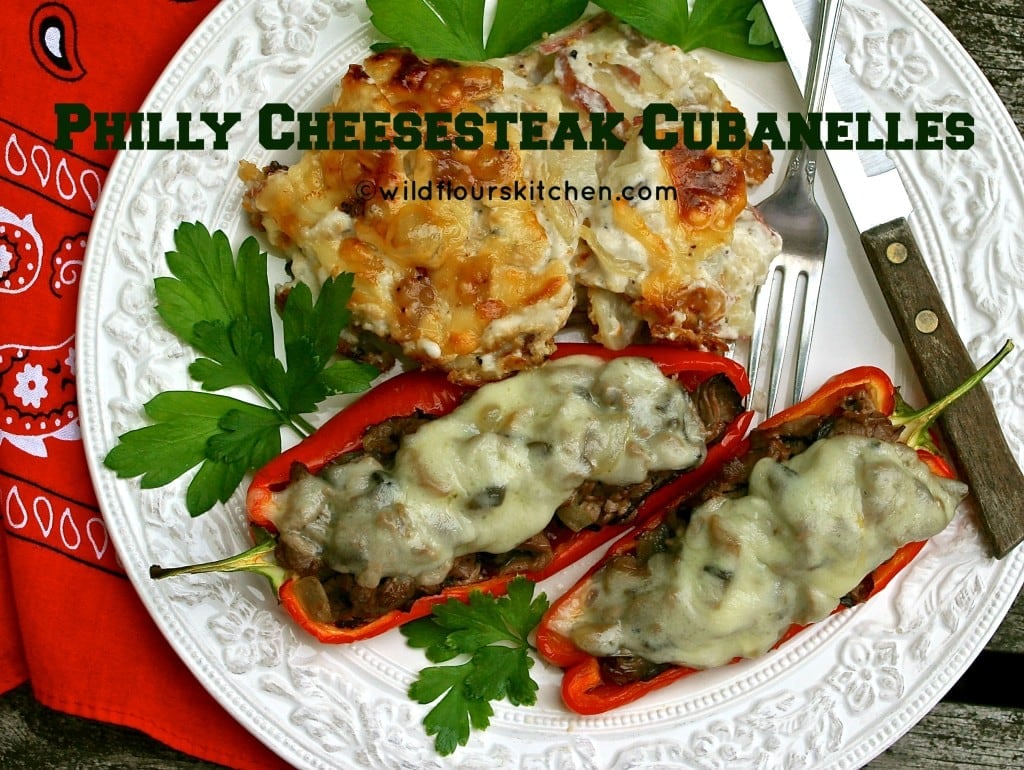 My hubby flipped over these!!! And I thought that they were pretty darned tasty, myself! 😉 Not too shabby for a quickie, last minute thought! 😀

As a matter of fact, we’ll be adding these to the Game Day Grub repertoire of Sunday munchies! 😉

So if you’re looking for something super quick to whip up for supper, lunch or a fun addition to your football or tailgating parties, you really might want to consider these babies! They were DELICIOUS! You can even mix up the cheese on top for those who prefer the “yellow cheese” over the provolone! Or have some extra fun and top with some pepperjack for those who like a little heat! Always just have fun and enjoy food the way you like it!  😀

*Though my hubby LOVED this the first time that I made it, I wasn’t completely satisfied. (Am I ever?) So I made this again, and have updated this recipe. It’s even better now! 😉 And the hubs? He. Flipped. Out over them! 😀