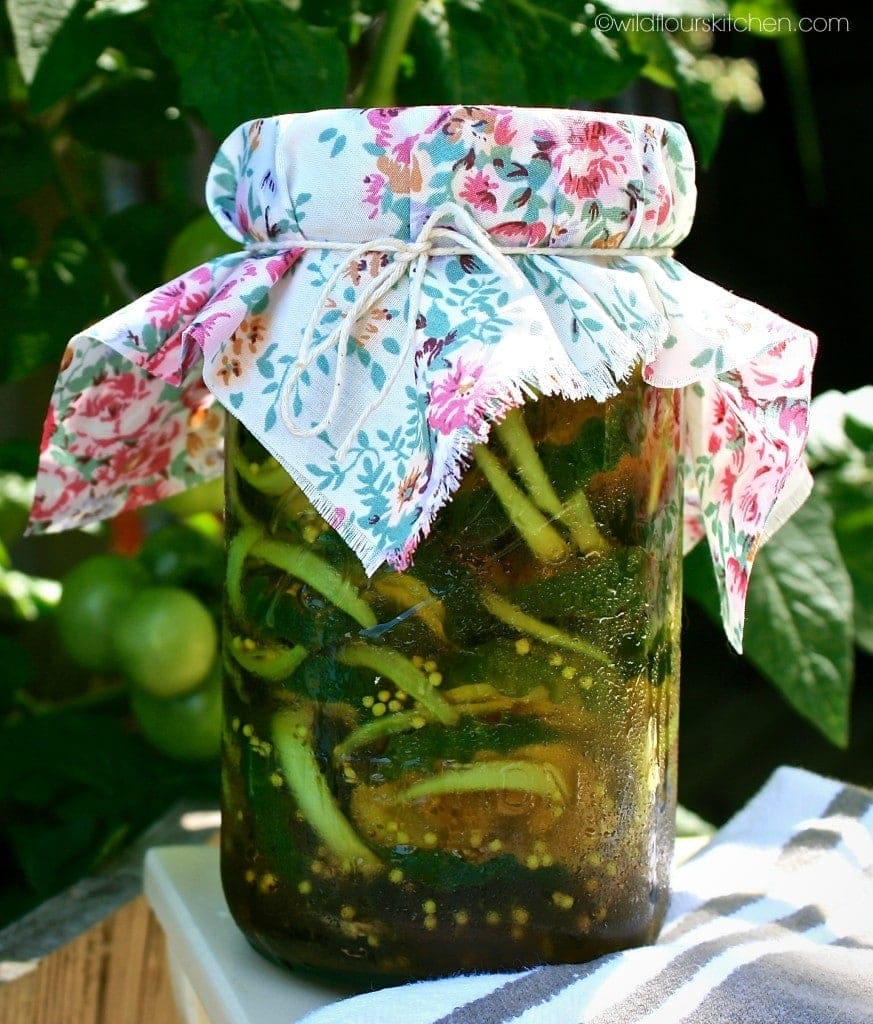 Since moving to the east coast from the midwest, we have been so blessed to have the nicest neighbors we’ve ever had!

And just before they left on vacation, they said to have at the cucumbers from their garden so that they wouldn’t go bad. So my hubby has been going over and checking on their house, sheds and gardens to make sure everything is fine and no one has been there bothering anything, and every time he comes back, he brings me a few more cucumbers!

We’ve enjoyed a bit in salads and little for some homemade tzatziki sauce, but I wanted to make something nice that I could share with them, too.

After all, it’s their cucumbers. And we all love to share back and forth! 😀

So I decided to make some pickles! Since I didn’t have any advance notion that I’d be doing this, I decided to take the easy road and just make a few batches of refrigerator pickles. They’re always so good and perfectly reliable!

I used my old, trusty, antique slicer that makes the cutest crinkle cuts, salted them with some kosher salt, and popped them into the fridge to chill and release some of their extra water. 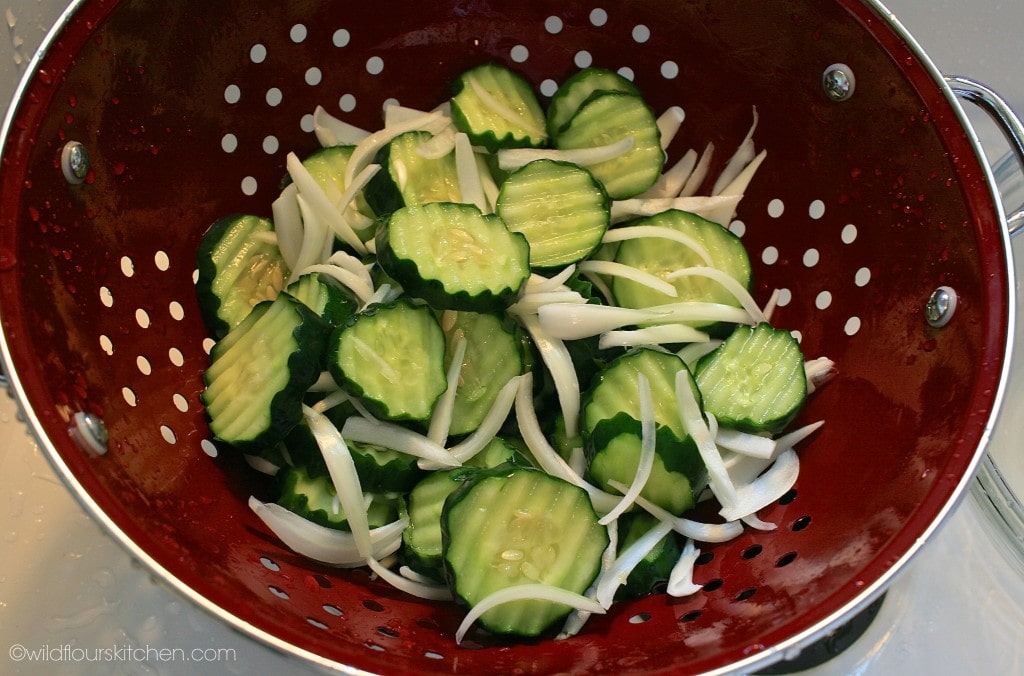 *I actually should’ve just used one jar, but that was an easy fix later. 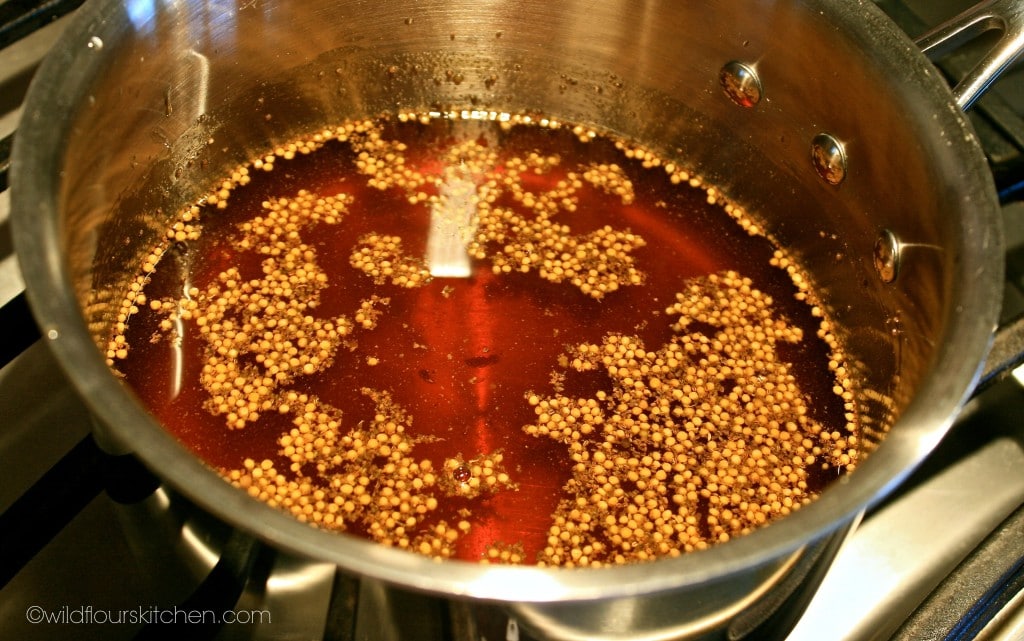 Next, in a medium saucepan, I added sugar, regular and apple cider vinegars, some dark brown sugar, yellow mustard seeds, celery seeds and some ground turmeric.

You just bring this mixture to a boil, stirring to dissolve the sugar, then carefully and slowly pour the hot liquid into the jars over the pickles and onions.

Yeppers, it’s that easy!!! There’s nothing to it, really. 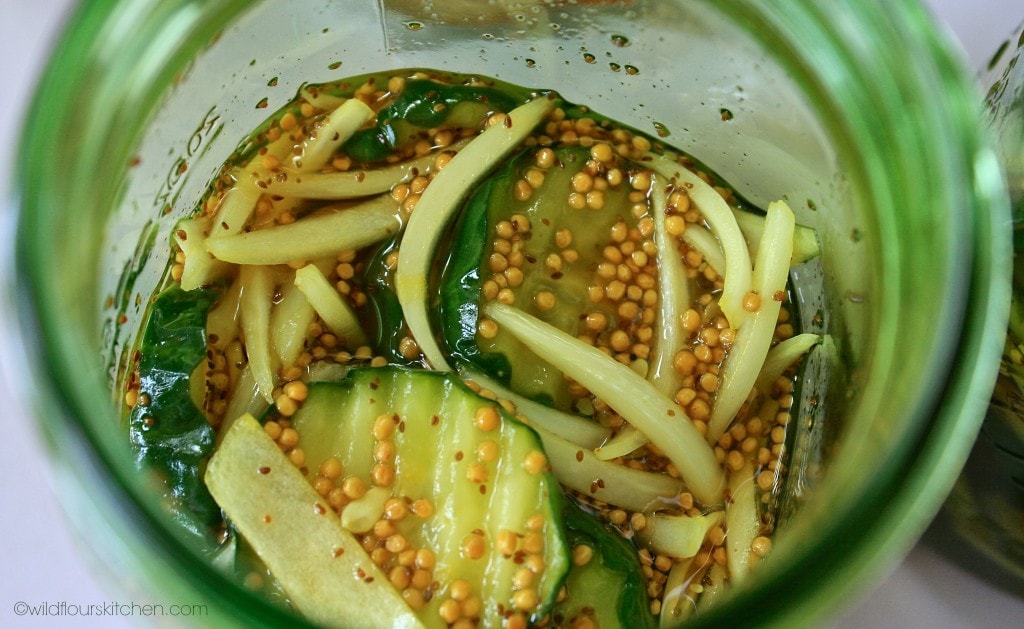 Since the two jars looked a bit skimpy being about half full, I decided to just condense them into one jar. I had to eat about 8 pickles…oh the sacrifices we make.

And they are SO GOOD, just as I remembered! Even before sitting the 24 hours they’re supposed to before eating! They’re going to be killer on grilled burgers and hotdogs, onions and all!

I had to immediately put the lid on and take them out to the back fridge in the garage or I knew I wouldn’t stop!

So Oh Darn. I will have to make another batch to have a jar for myself! This jar will be going to the neighbors for sharing their cucumbers to make them! One hand washes the other! 😉 😀

I do hope you give these a try! They’re a nice change from the ever popular dills, but make sure you make enough! They go FAST!!

Take care all, and enjoy each and every summer day! 😀

Greetings I am so grateful I found your webpage, I really found you by error, while I was browsing on Google for something else, Anyways I am here now and would just like to say thanks for a marvelous post and a all round enjoyable blog (I also love the theme/design), I don’t have time to read it all at the moment but I have bookmarked it and also added your RSS feeds, so when I have time I will be back to read more, Please do keep up the awesome jo.

Good web site you've got here.. It's hard to find quality writing like yours nowadays.