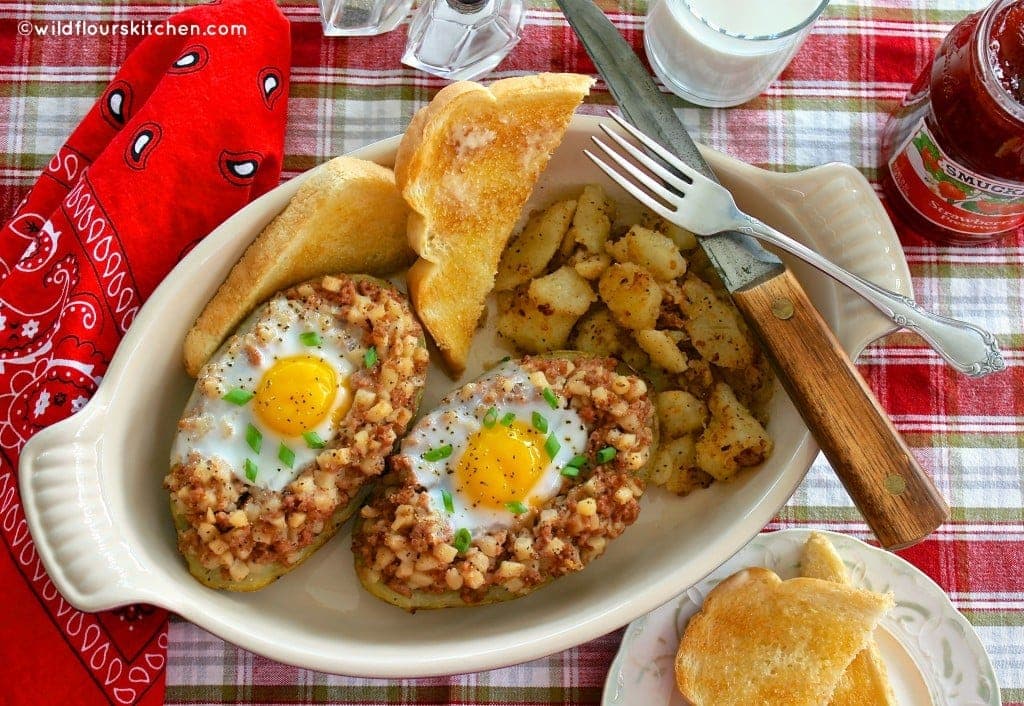 It was the crack of dawn on a dreary Sunday morning. We were both exhausted from worry, and my hubby was finally sleeping so soundly, that I stared at his chest to make sure I could see that he was actually even breathing. It was still dark outside, but I couldn’t stand to lay awake in bed a moment longer. I quietly crept out of the bedroom, trying not to make a sound, and thought to surprise him with breakfast in bed.

We’d both been through an extremely bad week taking care of our very sick cat, who we think of as our own child. Sleepless nights and constant worry wore us both down so much, that I think we were all sick that week.

So I set out to fix something special. Or so I hoped. 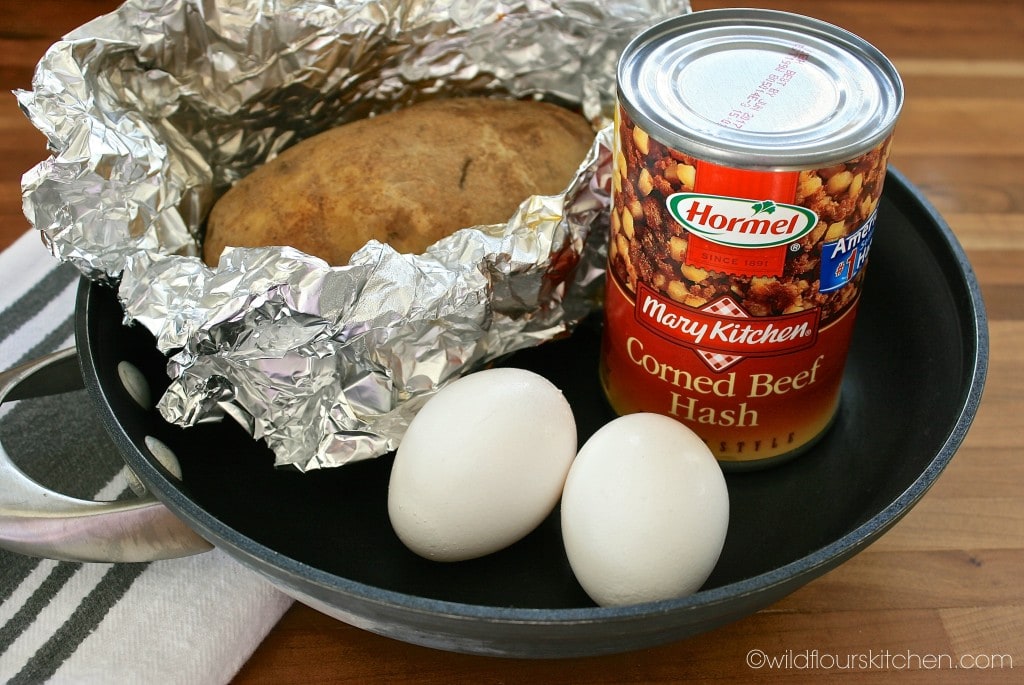 A long, deep sigh soon followed as I opened each cabinet door, hoping to find something. Anything. Just one stupid thing to inspire some kind of extra special breakfast to cheer him up and just say, “I love you”.

I remembered that we had one last russet potato in the fridge bin that was extra from a casserole, that, if I got the oven heated immediately, could be baked and used for “something”.

At least it was a start. 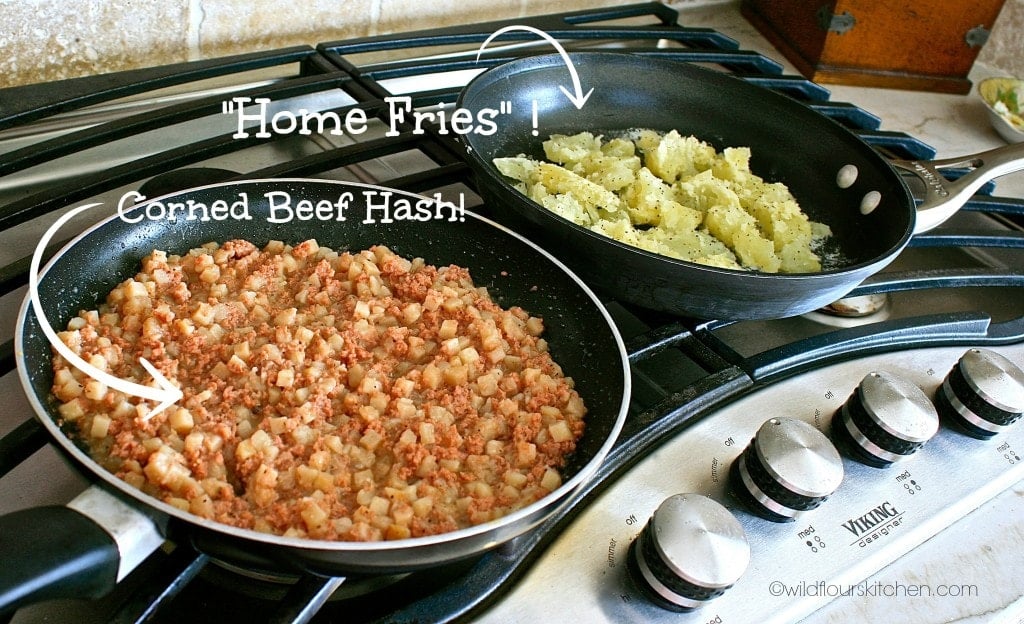 If anything, hash browns would suffice with a few fried eggs and a piece of toast.

Eggs. We had eggs.

And bread. No mold. That was a good thing.

The sadness started to lift a little. 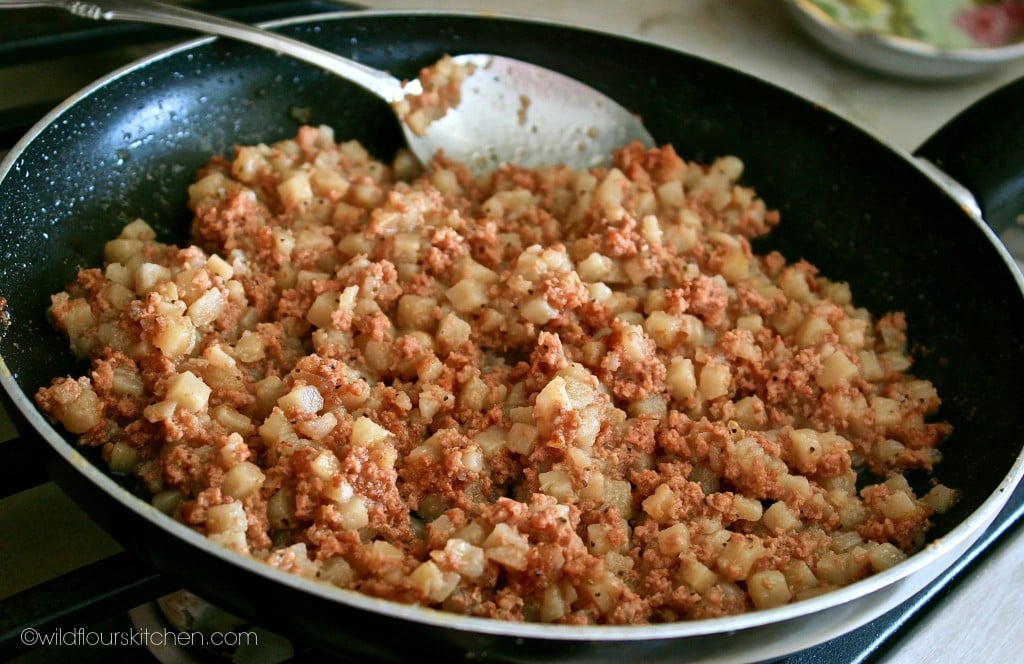 But what to make other than the plain old usual breakfast? I wanted to make him something different. Something that would bring a smile to lift both of our spirits.

Seeing someone else enjoy my cooking always makes me just as happy, too. 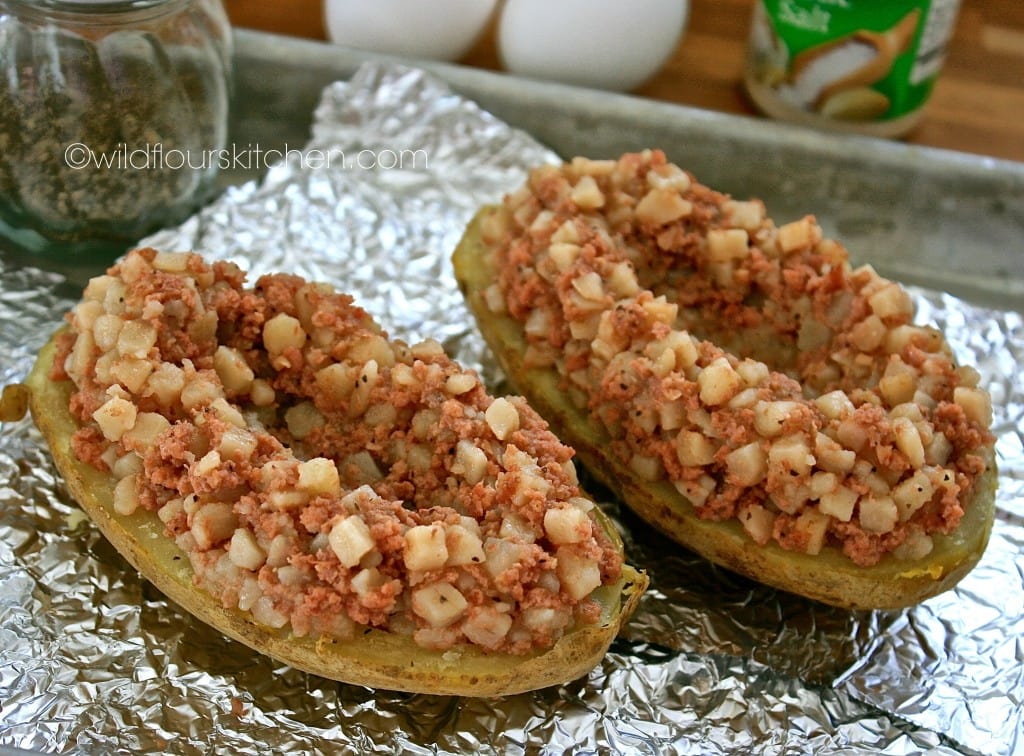 And there it was. One silly old can of corned beef hash in the back of the pantry that was purchased god knows when for god knows what. After quickly dusting off the top of the shiny metal can, I could barely read the expiration date.

And a plan soon hatched. 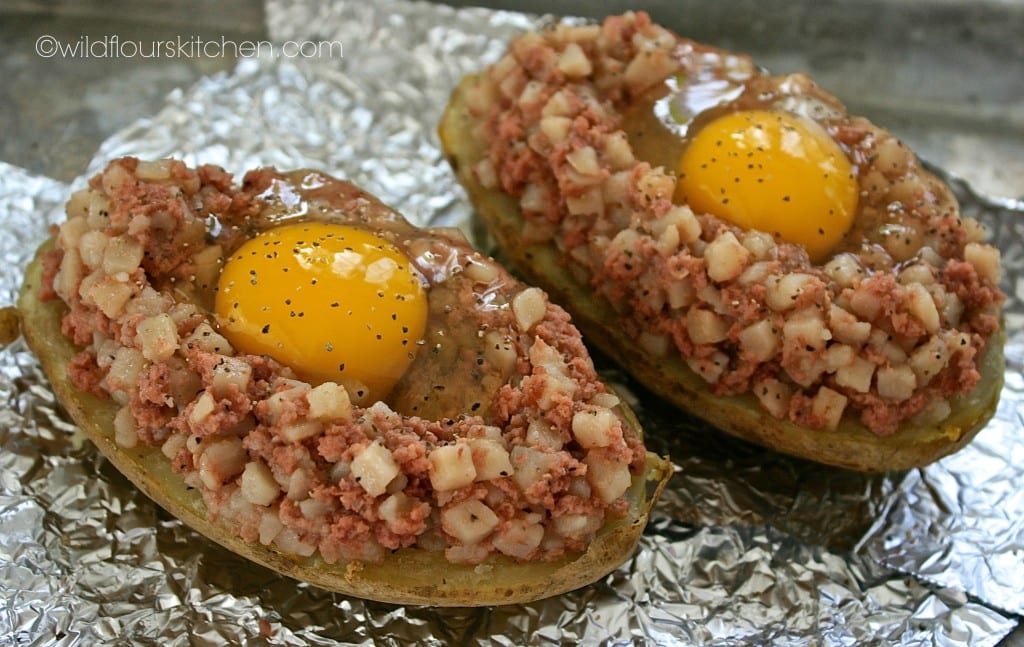 What if I hollowed out the potatoes, filled them with the corned beef hash, made a well in the center, and baked the eggs in them??

If he hated them, over the fence they’d fly.  We had plenty of eggs. And non-moldy bread. 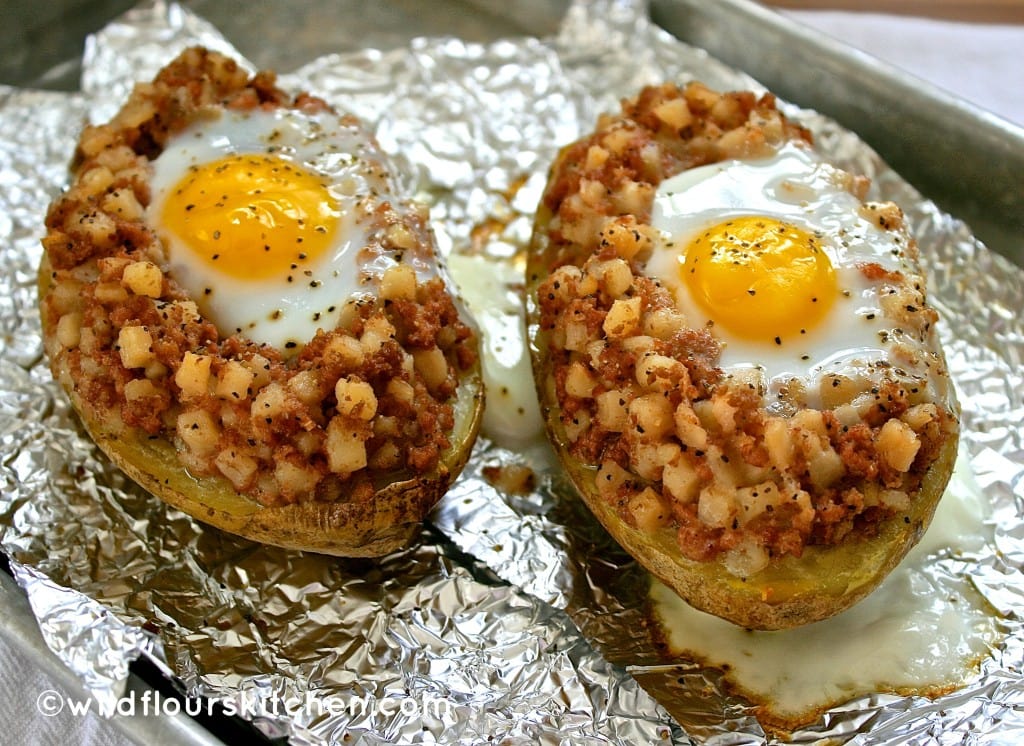 I didn’t dress them like they were going to the prom. I kept them simple. My stomach was a ball of nerves and I knew his were, too. So keeping it simple seemed the smart way to go.

Just as I was finishing up, my dearest sweetheart, and love of my life,
appeared in the kitchen doorway.

A gentle hug from behind and a kiss on the cheek assured me
that today was going to be better no matter what.

Update: It’s been almost 2 1/2 weeks since “Gilbert” became deathly ill, and happy to say that he is finally doing much better now. He’s not out of the woods and has a hard life ahead of him. But, we’ll keep him spoiled, happy, and as comfortable as we can for the rest of his life!

*I bake my potatoes wrapped in foil in a 425º oven for 1 hour and 30 minutes.
**You can also add finely chopped onion, chopped bacon, diced peppers, chopped tomatoes, hot sauce or even ketchup to the corned beef hash if you like.

2 thoughts on “Twice-Baked “Egg in the Nest” Flannel Potatoes”