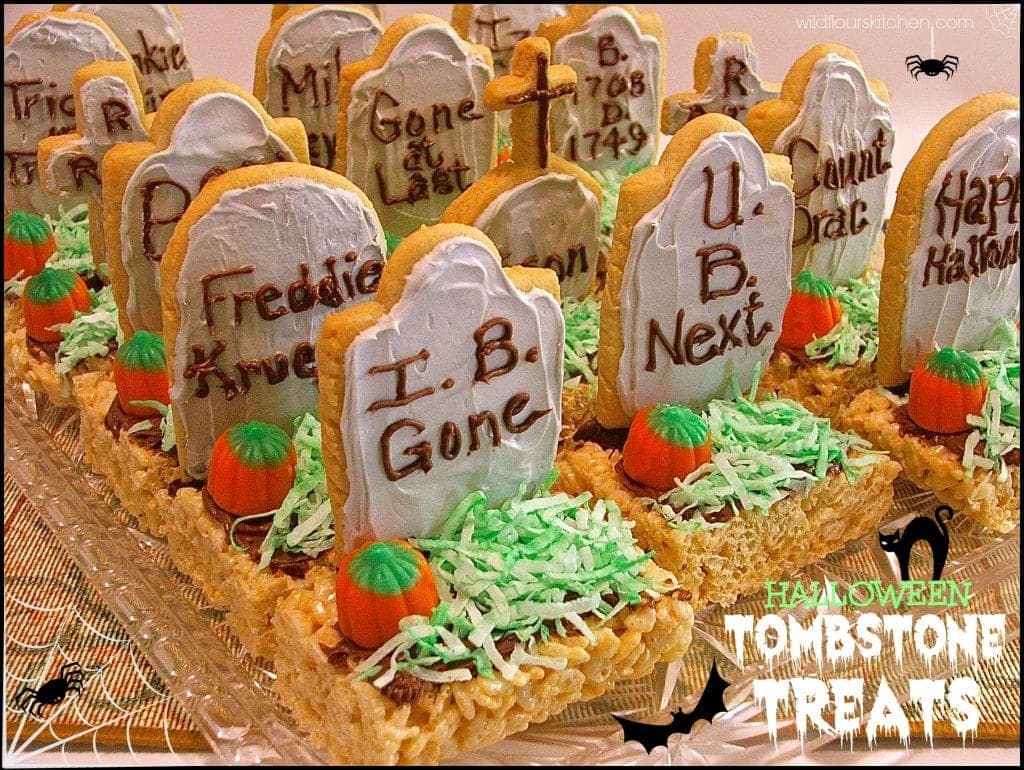 BOO! 😀 It’s that time of year again! Time for wild and spooky costumes, ghost stories around campfires and backyard fire pits, toasting marshmallows for “s’mores”, hot chocolate, fun and scary decorations, kids Trick-or-Treating for candies, and lots of Halloween parties from the macabre to the adorably cute!

Some of my favorite horror movies are already playing, tales of local urban myths, haunted houses, and hitch-hiking ghosts are being retold with the ghastliest of details!

Halloween was one of my favorite holidays when I was a kid! (Only third behind Christmas and my birthday. Let’s be real.) 😉

I loved to dress up in costumes, most of which I made myself, as I never had a “store-bought” costume. (What fun is that?) It was always so much more fun to make and create your own!

And there just seemed to be an eerie excitement in the air as the countdown began!

Great care was taken in advance to find the biggest vessel, usually a large grocery sack or pillow case, to hold as much candy as a little kid could possibly carry home! 😉

A plan was carefully hatched to hit the neighborhood as quickly as possible, skipping by the “fuddy duddies” who obviously forgot long ago what it was like to be a child, and we precisely mapped out a strategic route to hit as many houses as one could before midnight! 😉

Those were the days, weren’t they? You started after supper when it was just starting to get dark, and didn’t make your way back home until very late. Trick-or-Treating at night in the dark was a scary blast! And so many neighbors and neighborhoods participated in going all out decorating their yards, and some even dressed up to scare us when we came to ring the bell. Remember stuffing wadded up newspapers into old clothes and making scarecrows for the front porch? We have lived here fours yeas now and have not had a single Trick-or-Treater. Not one. What happened??

Well, I do know of one spoiler for everyone. Sucked the life right out of Halloween faster than Dracula himself.

Rumors of tainted candies and apples spiked with drugs, needles and razor blades suddenly, and fast as lightning on a stormy night, sadly began to surface. The urban legends of all urban legends to ruin Halloween as we knew it – –  forever. 🙁

Did you know that none of that stuff has ever happened? Do you, too, wonder why and how it all started? I have my sneaky suspicions. The ones who gain to benefit the most are usually the ones who create it. 😉

It’s truly a shame that fun, creative, and even healthier candies, cookies, homemade suckers, caramel and candy apples, sweetened popcorn balls and brownies can’t still be handed out. Though it’s not actually a law, in a lot of areas towns have local ordinances stating that you must PURCHASE candy. Kinda makes you go – – hmmmm – –  doesn’t it? 😉

Facts are facts, and I think that we should take back Halloween from the greedy corps and give it back to the kids. 😉

Candies can still be bought, of course, but it would be nice to be able to make treats for the kids, too, if we so choose. 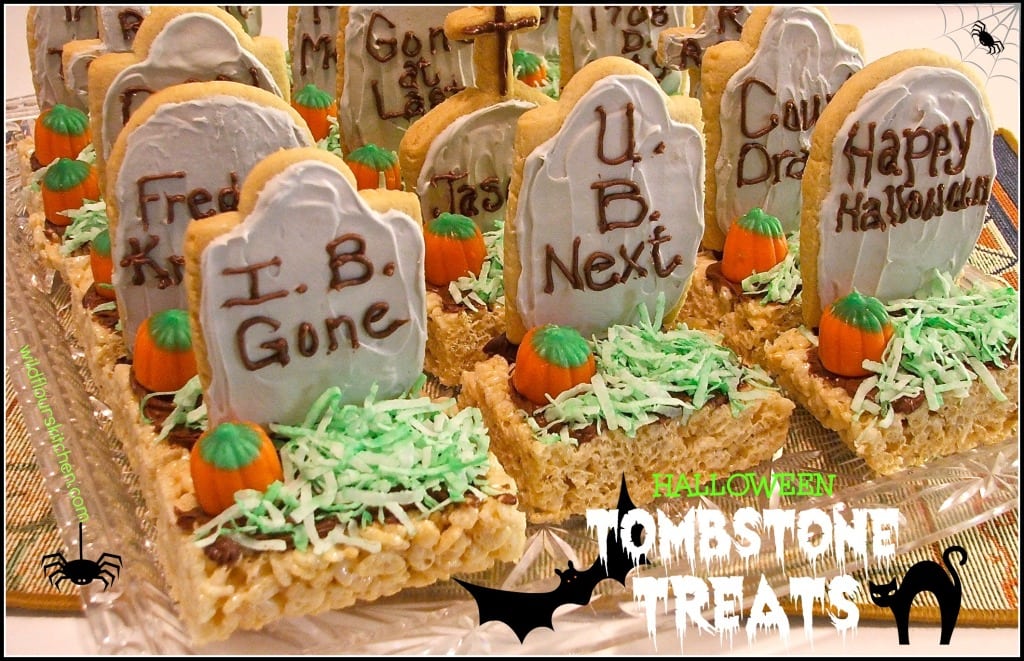 But until that day finally comes back around, things like these adorable “Tombstone Treats” are limited to being enjoyed in our own homes and private parties. So if you’re planning on having a party, or are allowed to make treats to send to your child’s school, you’ll LOVE making these!

And the kids absolutely FLIP when they see them! SO much more fun than a “mini” dinky 2-bite candy bar manufactured months and months ago that’s shockingly over-priced. 😉 (*You can buy an entire bushel of fresh-picked apples to coat in homemade caramel for less than the price of one bag of candy. And popcorn balls? Don’t even get me started.)

So let’s take Halloween back from the corporations. Talk with your neighbors, spread the truth, stop the paranoia, and start making homemade treats again! I think the kids deserve better, don’t you? 😉 😀

Read about the facts that forever tainted the spirit of the Halloween holiday.

Recipe adapted from Taste of Home magazine. (*The original recipe calls for using toothpicks. I do not recommend doing this. All other changes worked extremely well also.)

*You can spread tops of rice crispy treats with melted chocolate chips before slicing while in the pan, or at the end when adding the pumpkins and "grass".

G'day Thanks Kelly for sharing these at our #SayGdayParty! The look great! Please make sure to return if you haven't already to say G'day to someone else who is at the party and perhaps in re-visiting the post, you can answer a question or two for me! Cheers! Joanne What's On The List? Pinned! GREATLY appreciate including my badge too!

Will do! Great party! :D And thank you for the Pin! :D