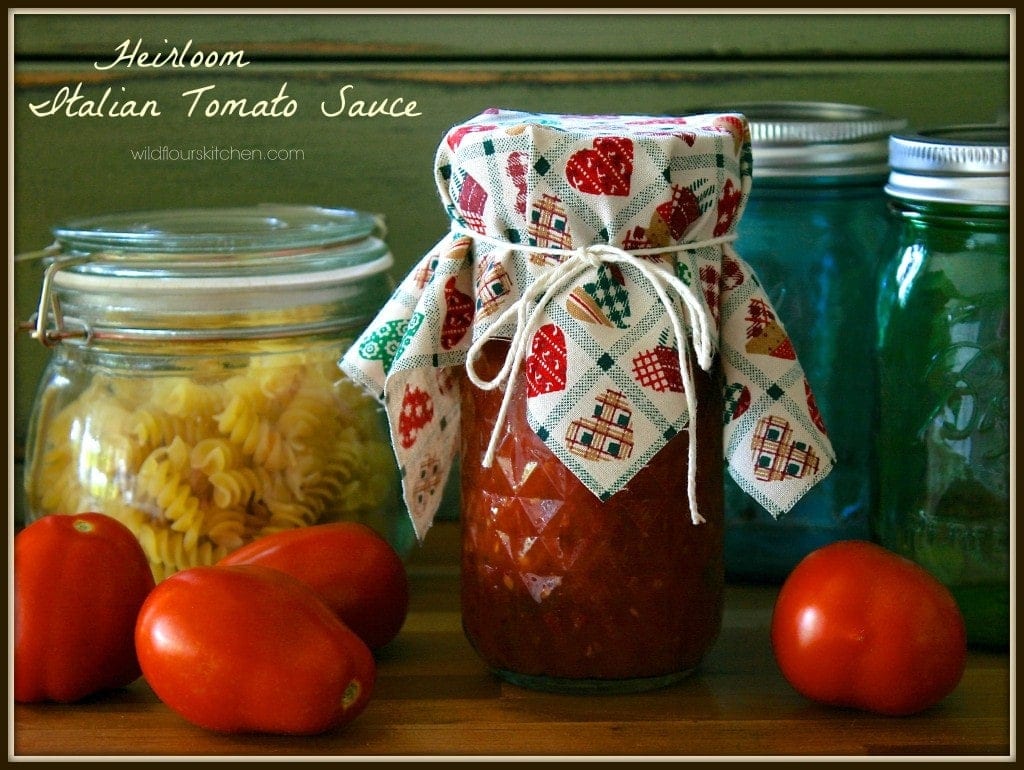 I have no idea why, but our “little” tomato and pepper garden went berserk this year! It has definitely been a banner year for tomatoes!!
I have them coming out of my ears, the plants are still loaded,
and even new ones still forming!

Maybe the secret’s in those old gin barrels I’ve been growing them in! 😉
One never knows! 😉  The photos below were taken a month ago!
They are truly monsters now! 😀 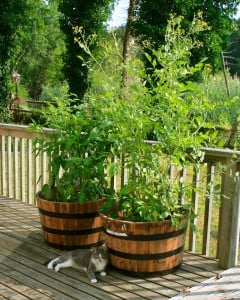 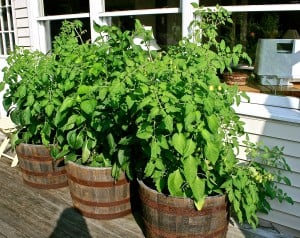 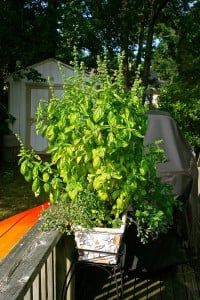 We have been eating the grape and cherry tomatoes like candy, and the plum and pear tomatoes have been wonderful for salads, sauces, pizzas, tacos, and I even oven-roasted a whole tray of them for the freezer for later! The peppers are just starting to be picked, so there will be jars of homemade salsa coming soon! 😉

But for today, I’m sharing a small batch of sauce that I made with you that I whipped up to quickly use 2 dozen fresh-picked plum tomatoes.

I was craving something that I’ll share in a few days, and wanted a nice homemade sauce instead of any store-bought. I didn’t want to over-add too many ingredients, so I kept it very simple and clean so that nothing would overpower the wonderful taste of those homegrown summer tomatoes!

Is there anything better?

Sauces are so easy to make it’s silly, really. They just take a bit of time to cook the water out is all. But if you’ve never made or had a homemade tomato sauce, now is the time to give it a try!

Tomatoes are very inexpensive right now if you don’t have a garden, so there’s no reason you should be missing out! 😀 Fresh sauce is so incredibly delicious, that you’ll be hooked and spoiled and probably won’t want to be buying those jars of spaghetti, marinara, and pizza sauces anymore! 😉

And you can change up the herbs to suit whatever you’re going to be making with it to your own personal taste. I used some of the herbs I’m growing right now and chose basil and oregano for this one. Those two herbs make this sauce an “all-purpose” kind of sauce that can be used in most pasta dishes, and just use as you would use spaghetti, pizza or marinara sauce for.

This doesn’t make a whole lot, so you can double or even triple this if you’d like. But since I’ve never canned before, this recipe is NOT approved for canning, so keep in mind that you’ll have to either use it right away or freeze it. (Or, if you know how to can, then you can adjust it so that it will be safe for canning.) 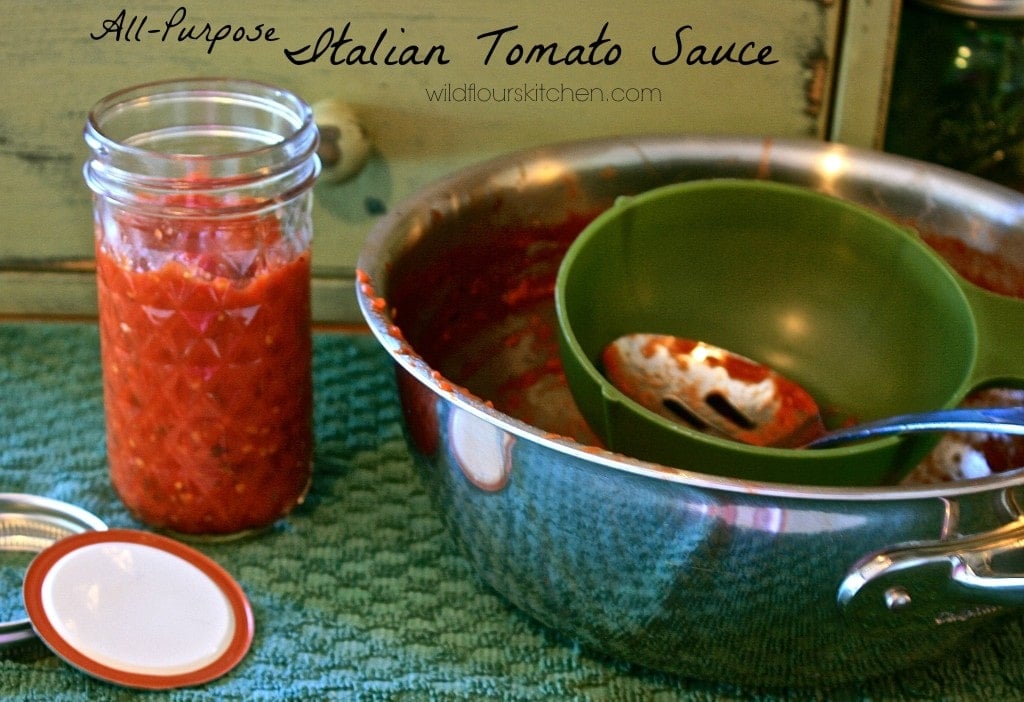 I decided to use plum (roma) tomatoes for this recipe, instead of large tomatoes, because they have very little “goop” and seeds inside, are mostly flesh (meat), and take less time to cook down because there’s less water in them.

They make an incredibly rich sauce that even tastes like Italy! 😀

You’re really going to have fun making this, and of course, enjoying this rich, but light, Italian Tomato Sauce for just about anything your heart desires!

Be sure to stayed tuned, because I’m going to be making something delicious with this sauce today and will post everything next week! 😀 😉

Take care all, and keep those fresh veggies coming! Summer’s not over yet! 😉 ~Kelly

*Amount of seasonings depend on how large or small your tomatoes are. Adjust seasonings to your own taste about halfway through by adding a spare tomato if too strong, or more seasonings if not strong enough keeping in mind that the flavors will strengthen as the sauce cooks down, yet mellow a little after being refrigerated. So don't go overboard. Keep it simple and fresh. 😉