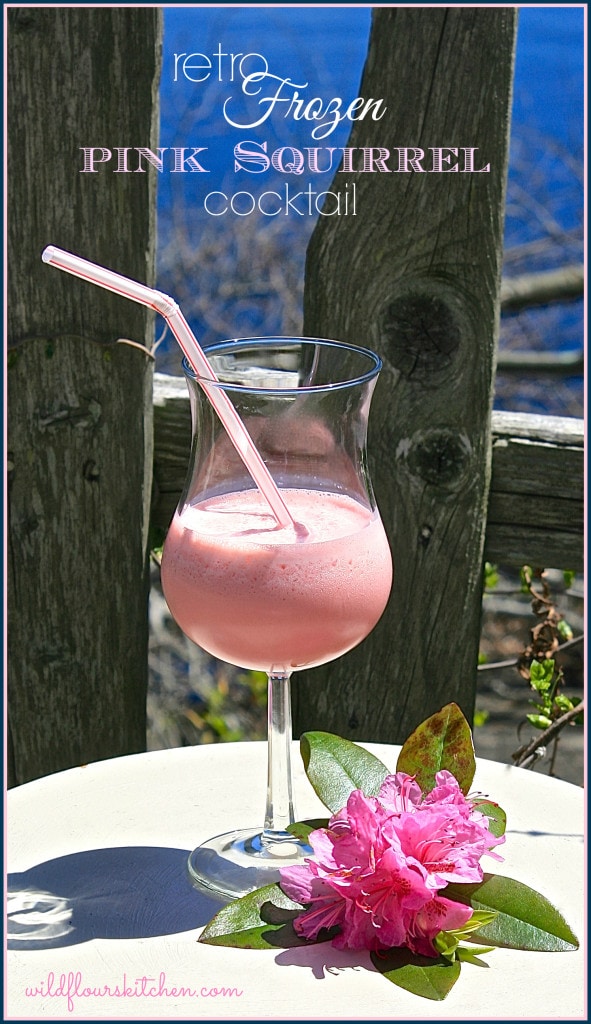 There’s a reason why these drinks are coming back around again and gaining new popularity – – because they’re so darned GOOD! It’s said that the first “Pink Squirrel ” cocktail was created in 1941 at Bryant’s Cocktail Lounge in Milwaukee, Wisconsin!

1941! What a year! It was the middle of WWII and Japan bombed Pearl Harbor on that early Sunday morning in December. The 7th to be exact, and pulled the United States into the war.

“Citizen Kane”,  “Dumbo” and “The Maltese Falcon” starring Humphrey Bogart were playing at the downtown movie theaters. And the music of The Andrew Sisters, Jimmy Dorsey and Glenn Miller’s “Chattanooga Choo-Choo” could be heard playing at Music Halls and on radios in living rooms all across the country! Glenn Miller’s song, incidentally, was awarded the first Gold Record!

And the 32nd President of the United States was Franklin D. Roosevelt. The British sank the Bismarck, Joe DiMaggio was on a 56 consecutive game hitting streak, and the carving of Mount Rushmore was finally completed!

Wow, huh?!! And that’s just a little bit of what was happening! I doubt this cocktail made the headlines, but I’m glad it became such a hit that it has survived time and becoming a fun, frozen, milkshake-like treat again at parties and special occasions of all kinds!

I made mine per the amounts below, but you can actually add up to 2 whole scoops of ice cream if you prefer.

This sweet, almond-flavored cocktail is normally served in a deep martini-style glass, but I decided to use my favorite pretty wine glass since it’s such a pretty color!

The Creme de Noyaux is red in color, but when blended with the rest of the ingredients, it turns a beautiful pale shade of pink! Perfect for Ladies Night, Mother’s Day, birthdays, anniversaries and Bridal Showers! (Or when you just plain want to pamper yourself a little. 😉 )

So keep this little gem handy for your next event, because it really is a tasty little drink!

*You could easily double this for a larger single-serving, but I wanted to be a bit careful because I was making two different drinks that day and didn’t want to fall flat on my face! Not a fun look. 😉

1 Tbl. cream, half and half or milk (*if using lots of ice cream, this can be omitted)

Place all ingredients into blender and blend until smooth.  *Adjust liqueurs to suit your own taste. Pour into deep martini glass and garnish with a maraschino cherry if desired.

My mothers favorite ice cream drink for parties and mine too!

I LOVE them, too! I so wish that they would become popular again, so more people would try them! They are really missing out!

This looks absolutely gorgeous and so welcoming for the warm weather!! :)

Thanks, Dana! It was GORGEOUS out that day and tasted so refreshing! Like a milkshake but with a little kick! Delicious! Hope you try one for yourself! :D