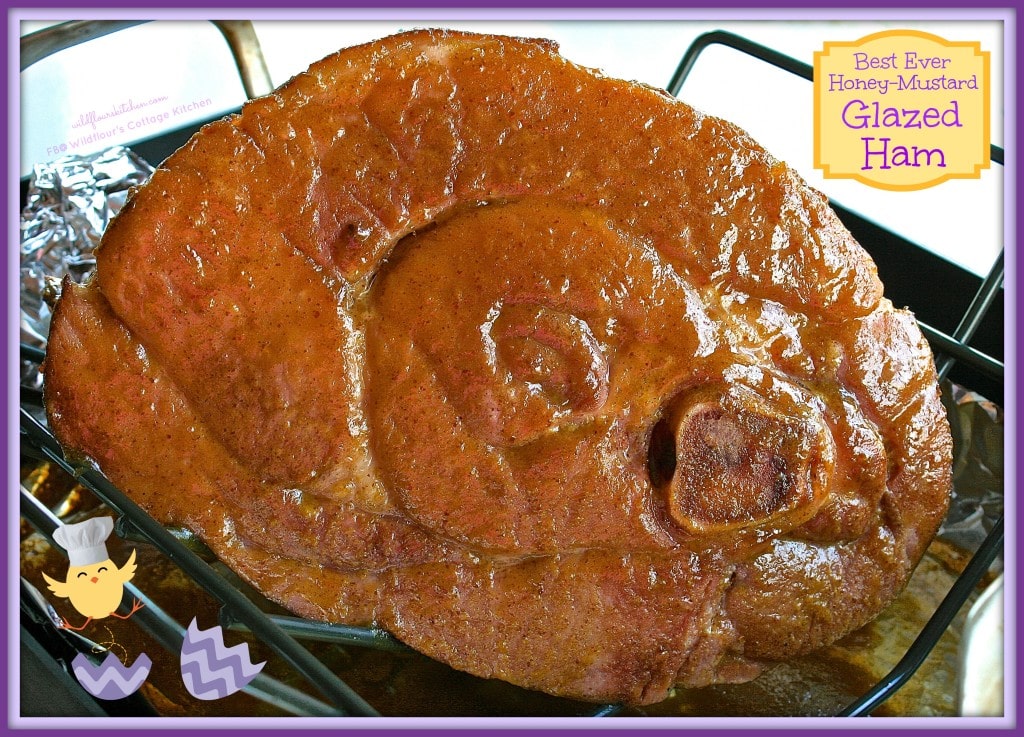 Don’t freak out. It doesn’t end up tasting like beer. Not at all.

But what it does do, is make it incredibly moist and tender! The juiciest ham to ever pass your lips! Not kidding. Not dried out like spiral hams get, either, with wonderful flavor and a to die for glaze that though simple, can’t be beat! Just what you hope it should taste like!

Though said to be “convenient”, I just don’t care for pre-sliced spiral hams. They do dry out, and they slice the slices way too thin. I’d rather just simply slice the ham myself, into decent slices, not slabs mind you, but just a more normal thickness to get a nice juicy piece.

I wish companies had never decided what the consumer wants for sheer profit, because uncut hams are now getting harder and harder to find.

And even more rare, are uncooked hams. I’ve only once been able to find an uncooked ham. There’s nothing to cooking them, and nothing to slicing them. It’s as easy as it gets.

So maybe if we all stand together and stop buying pre-made ones infused with chemicals and loaded with salts, not to mention paying twice the price for them, we’ll once again be able to make them ourselves. What do you say? 😀 I say YES!! 😀

Ok, mild protest rant over. As you can see, I had to settle for a pre-cooked ham. At least it wasn’t a spiral-cut ham, though! So that made me very happy! 😀 And due to the water in the pan, the basting with beer, and the glaze, it was actually one of the best baked hams I’ve made! Only second to the one I cooked completely myself.

As far as the glaze goes, the hubs and I prefer a nice, sweet, honey-mustard flavor with a hint of cinnamon and nutmeg, but you can also use or add allspice, pumpkin pie/apple pie spice blends, or stud the ham with cloves.

*Just be very careful with cloves, though. They have a VERY strong flavor that a lot of people just don’t care for. A few go a LONG way! I leave them completely off for us.

If you’d like to decorate your ham, you can attach pineapple rings to your ham using cloves to hold them in place, the centers can be studded with halved maraschino cherries, then baste with the glaze and finish.

But we like leftovers for sandwiches and such, and since it’s just the two of us, I just don’t go to that length anymore. But it is delicious and makes for a gorgeous presentation! (*The pineapple rings can be canned, but fresh is better.)

So if you haven’t quite found the ham that fits your family yet, you might just want to give this one a try! 😉 It’s really delicious and so simple to make! Hope you have a lovely holiday and enjoy spending time with your family and friends! 😀

2 cans of beer, regular or light

Preheat oven according to directions on package. Place rack into roaster, place ham onto rack and fill roaster with water to 2″ deep. Cover ham itself with foil.

Baste ham 4 times with a half a can of beer each time evenly during baking time.

While ham is being heated through and basted, mix glaze ingredients well in small bowl.

When there’s only 30 minutes left, spread with glaze coating well and bake for last 30 minutes, uncovered.

Let rest for at least 20 minutes. Slice and serve warm.

*Whole bone-in uncooked hams are getting very difficult to find, but if you’re lucky enough to get one, follow the directions the same except bake at 275 degrees for 6-8 hours, covered, and basting the same or more. Finish with glaze as above.