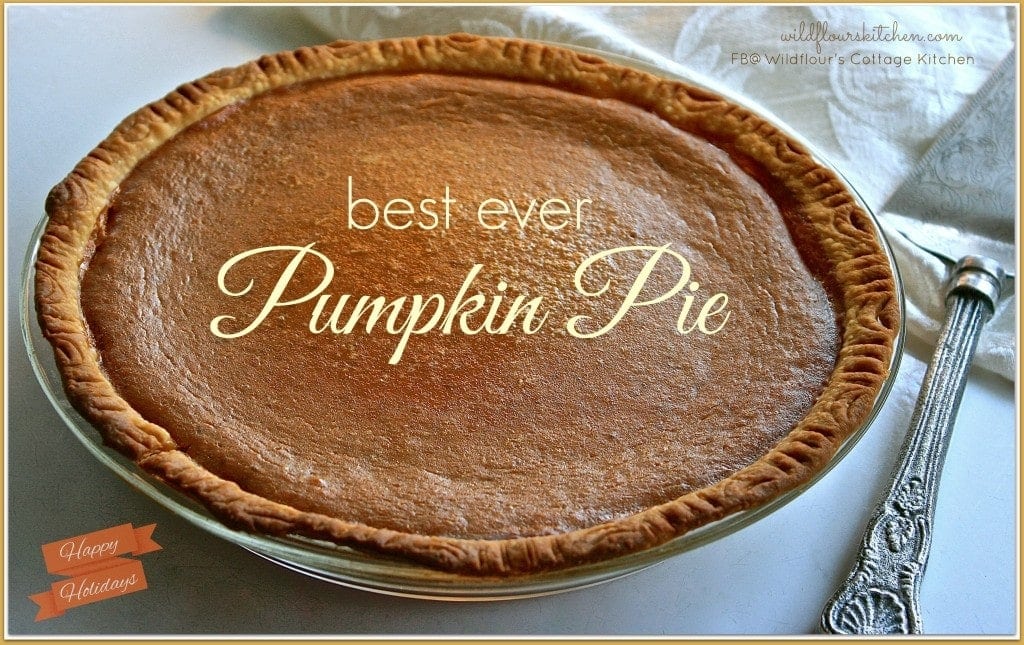 I’m told I make the very best pumpkin pie out there. Period. Hands down! I don’t know that I’ll ever believe that, lol, but that’s what everyone who’s tried mine says. Sooooo, I guess you’ll just have to try mine and see for yourself. 😉

Back more years ago than I’d like to admit, I made my very first pumpkin pie using the stand-by recipe from Libby’s right off of the back of the can, but I really wasn’t all that happy with it to tell you the truth. It just seemed lacking in spices and flavor to me and tasted kind of plain.

So I started playing and the end result was a slice of heaven. I knew I had done a good job before I tasted my very first bite. The aromas wafting through the entire house about drove us crazy they smelled so good!!

This pie has come to be nicknamed, “Better than Libby’s Pumpkin Pie”! Ha! But yep, it really truly is. I don’t want to sound like I’m bragging in any way, though. I don’t do that and can’t stand a bragger, but if you want a traditional pumpkin pie recipe to make, your search is over. I wouldn’t steer you wrong.

The trick was to definitely up the spices and the secret is my use of dark brown sugar versus white or light brown. Dark brown sugar has a lot more molasses in it and it really takes pumpkin pie to a higher level!

Always use “solid pack” pumpkin and not pureed. I had to use pureed once when there was a pumpkin shortage and I got about the last can available and had to settle for the pureed and it wasn’t even close to being the same. So make sure you get the pure solid pumpkin and not any other variation. (I think Libby’s simply calls it “100% Pure” now. But they used to call it “solid pack”, just so there’s no confusion.)

As far as the crust goes, you can make homemade pie pastry or you can sub one of those pre made Pillsbury ones in a pinch. They really aren’t bad and come in handy when you have a gazillion other things to make. Especially since it’s just going on the bottom anyways! The above pie was made with one, and it worked just fine!

Lastly is the whipped cream topping! You can go all out and make homemade or you can use what you grew up with and love to this day! We have both Cool Whip and Reddi Whip handy and they, too, are mama’s li’l helpers! 😉 It’s the creamy pumpkin that counts the most, so, meh, I don’t pay much attention to what it’s sitting on or topped with! All I know is it’s dang good pie!! 🙂

So if you want to make one of the best pumpkin pies you’ve ever tasted, you’re going to LOVE this one! I promise! It won’t disappoint. I do hope this pie makes a star appearance on your holiday table, and I wish you many compliments from all of your guests! Happy Holidays all! 🙂

2 thoughts on “Best Ever Pumpkin Pie”