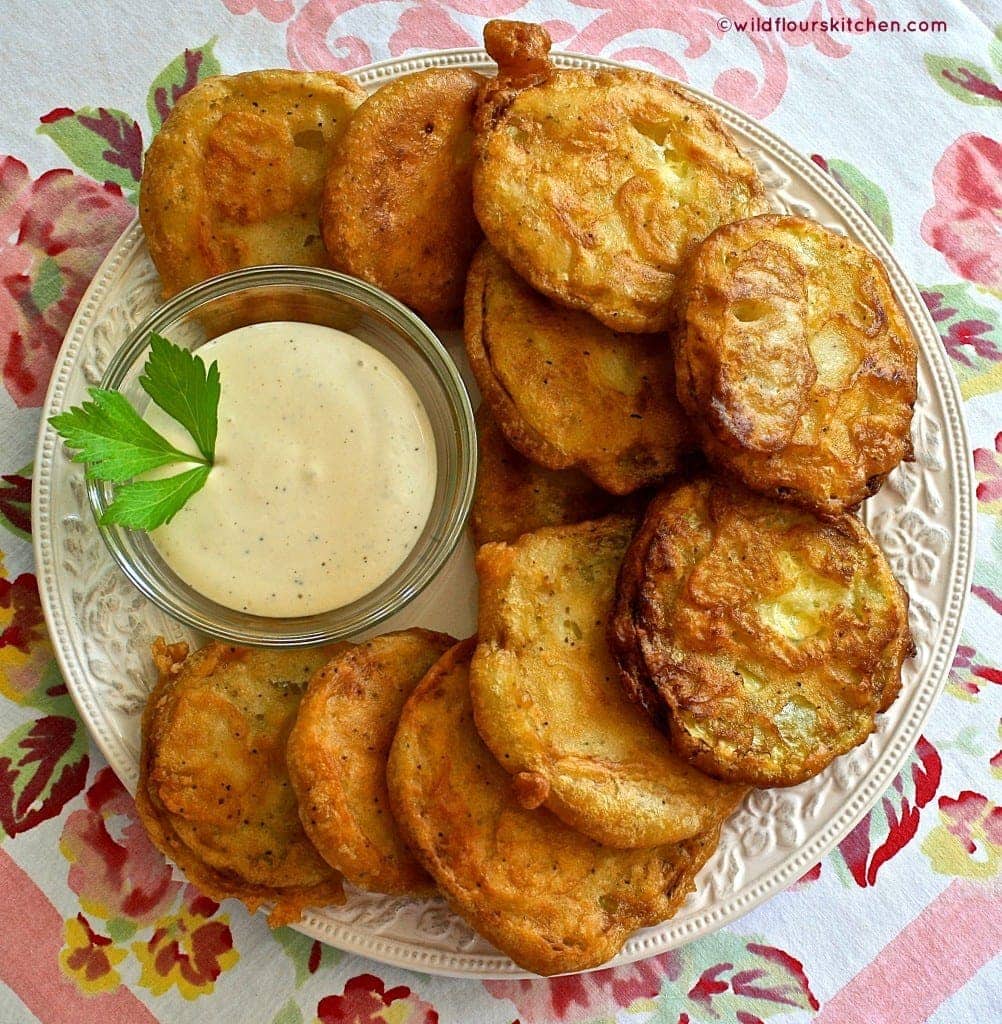 Is there anything better than vegetables fresh from the garden? So simple, so pure, that you don’t want to do too much to them that would take away from their natural, earthy flavor, and just let their own natural flavors shine?!

Well, that’s how I feel about most summer veggies- – – except for me and Mr. Zucchini. I’ve had an aversion to zucchini, squash in general actually, since I was a kid. Hated it.

Even into my early 30’s, I could tell, just like “The Princess and the Pea” fairy tale, if there was a single julienned strip of zucchini in an entire pot of vegetable soup! Not exaggerating, unfortunately.

If there’s one thing I hated more than zucchini, it was the mere fact of not being able to like something. If I had it my way, I’d just love and enjoy every single thing life has to offer!

But, disappointingly, we just aren’t built that way. We’re each born with a VERY specific and complex set of taste buds and no two people’s are alike! Definitely makes it difficult to cook for a lot of people sometimes! Even for two!

Then one day, many years ago, a friend gave me one of her zucchinis from her garden, and after making a bread recipe I found in an old church cookbook that I had bought from a garage sale, I had enough leftover to batter and fry. I fried it up for a few friends I had over, including her, and it smelled so good that I decided to try a little bite after much prompting by my friends!

Mr. Zucchini and I have been best buddies ever since! It became a summer tradition to make 2 loaves of bread and fry the rest from every zucchini I could get my little hands on! Those are the only 2 ways I can enjoy it, though! I’ve tried, but just haven’t been able to tolerate it any other way.

I hadn’t had it though, ever since we moved from Indiana, and then our next door neighbors shared one of theirs with us – – I was THRILLED!!!

I had given them two huge hunks of my Old-Fashioned Root Beer Float Cake with Root Beer Float Mousse Filling and in appreciation and trade, they gave me the most beautiful zucchini from their garden!

I made my sweet dessert bread first, since it makes 2 loaves, and shared one with the neighbors of course, and kept the other one for the hubs and I. (*And I’ll share the recipe with you all tomorrow!)

But I have to admit, what I was most looking forward to were those beautiful, delicately crispy little rounds of heavenly goodness, beer-battered and fried until richly golden…oohhh myyy. I could hardly wait!

I just mix up a simple homemade batch of beer batter, lightly seasoned so it doesn’t take away from what I’m frying, and make up a nice little bowl of doctored Ranch dressing for dipping, and I am in fried zucchini heaven! 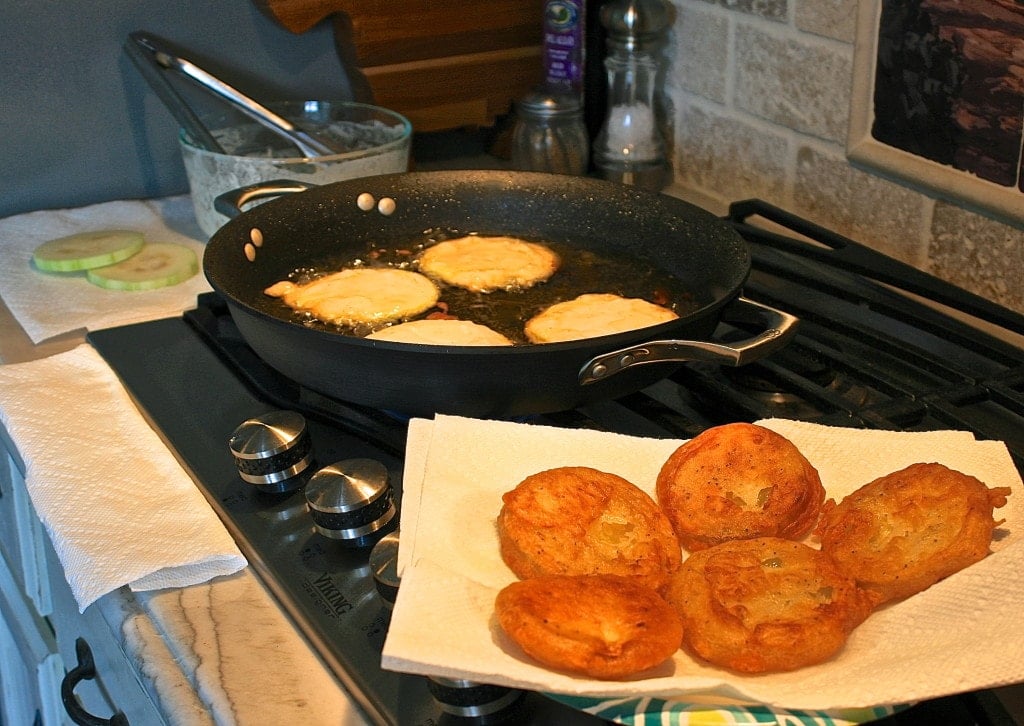 Always keep in mind, that though it’s fun to create complicated recipes that are “eclectic” and sophisticated, using a cartful of trendy, exotic products, there’s also “elegance in simplicity”, too. 😉 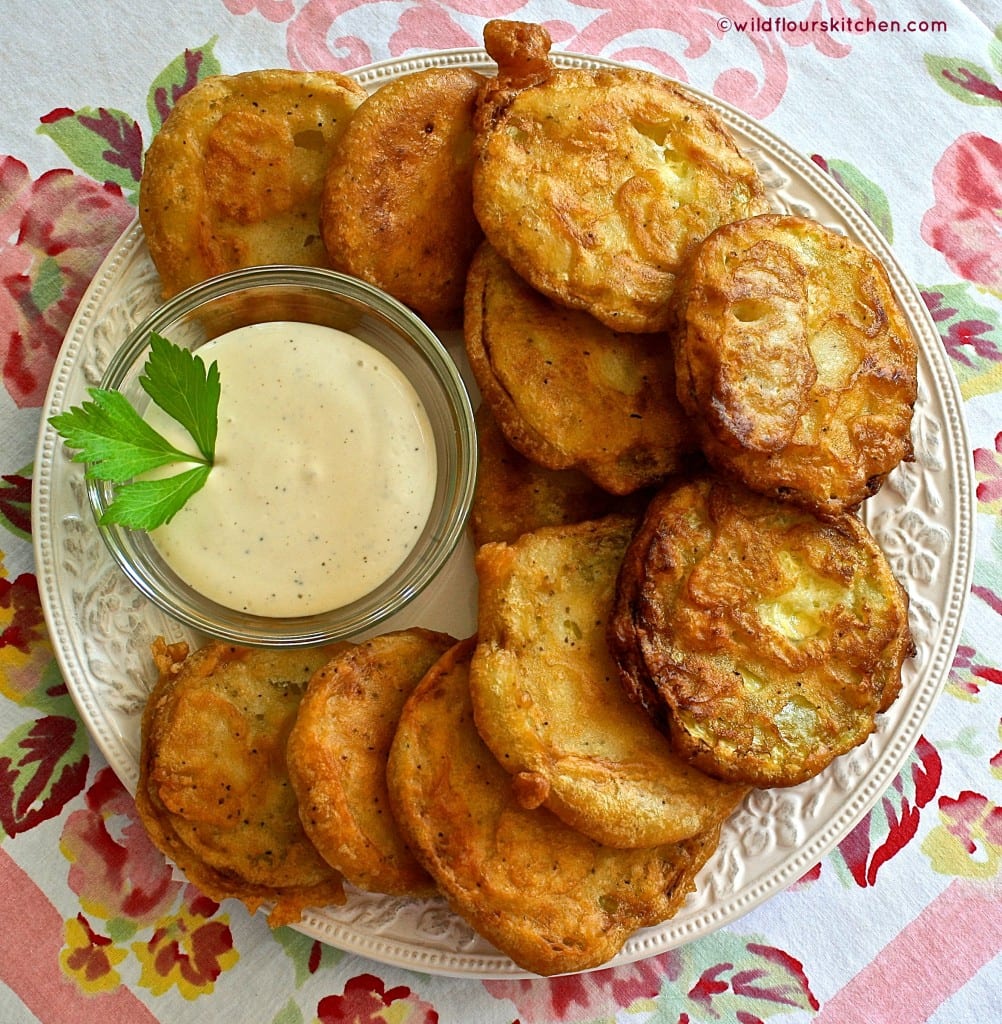 Just like life, keep it pure and simple, and you can’t go wrong!  Have a fantastic day all, and enjoy each and every day to the fullest! 🙂

This recipe is amazing! Brought back memories of my mom making it for us in the summertime! The batter is wonderful and crispy! Thank you

Hi does it matter what kind of beer for receipe?

Hi Veronica! Any ole regular commercial beer is just fine. I'm a Bud Light kind of girl, so that's what I always use. But you can use a regular or light beer. I'd probably stay away from using heavy, dark beers is all. You want a light, crispy batter.

Just made these! Delicious!

Thanks, Denise!! :D So glad you enjoyed! (But let's keep this a secret! If my hubby gets wind of this, he'll be wanting some, too! AGAIN! LOL! ;) ) Ha! ;) Thanks for taking the time to comment! Much appreciated!

This is also great for yellow squash. Brings out a sweetness.