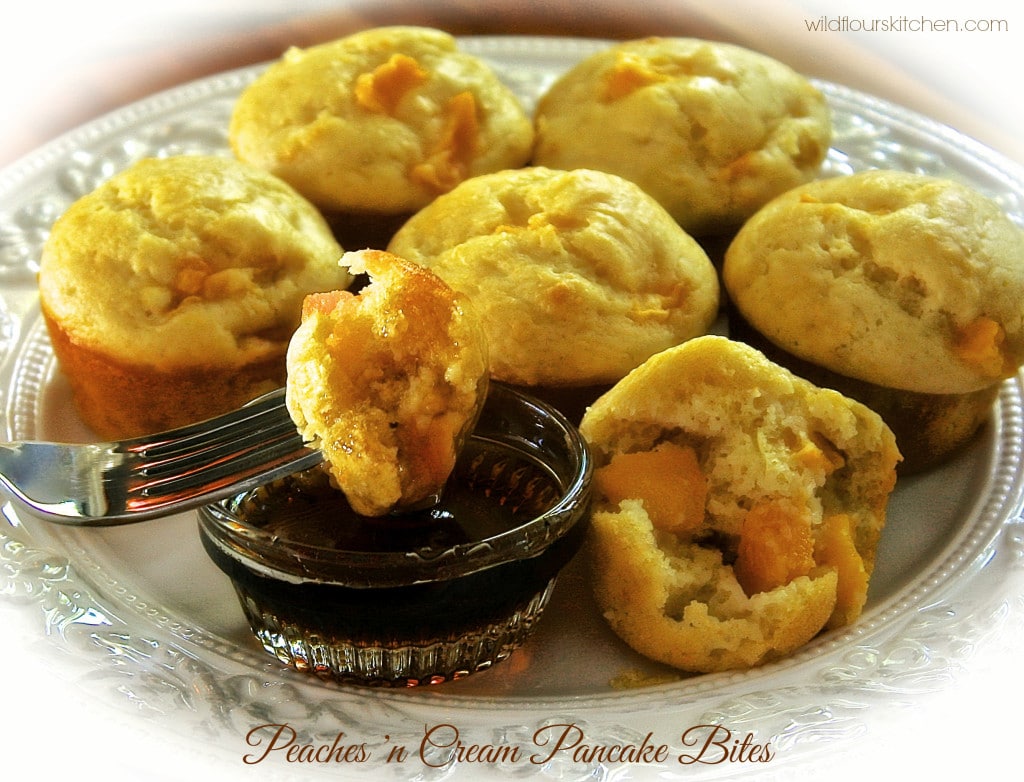 Years ago, I ran a pancake breakfast with my friends at a small town club to raise money for various charities. Every month, I would come up with a different “Flavor of the Month” pancake to entice the people to come to ours! (Every club in town did them and the competition was fierce!) After doing this for more than 5 years, I cannot even count how many concoctions I came up with! I wanted to write a cookbook all on pancakes I had so many! Maybe someday. (I still have them all written down for safe-keeping.) But would like to share one of the people’s favorites that has still stood the test of time! I pulled out all of my specialty pancake recipes today after my hubby had a terrible accident in the garage! Damn near cut his 2 fingertips off when the saw hit a knot in the board he was cutting and everything jumped and threw his hand into the saw blade! I heard the backdoor fly open and he screamed that he needed help! TOTAL PANIC MODE!!!! He came running in with a towel wrapped around his hand and I could only imagine the worst! LUCKILY he’s ok, still has his fingers, and we bandaged him up after he refused to go to the hospital for possible stitches. MEN! Ya know??!! Broke my heart to see him in so much pain, though, and wanted to make him something special. I didn’t really have anything planned nor the ingredients to make him any kind of dessert or anything to cheer him up. Just a few peaches and some ice cream in the freezer was all. So those 2 things got me remembering the pancakes I used to make, and I thought to make him some “mini pancake bites”, something that he could just eat one-handed and not have to worry about having to use a lot of silverware or anything. Eating with 2 hands was not an option for him today! But I thought that sweet, cake-like pancake bites loaded with fresh peaches for him to just pick up and easily dunk into warm maple syrup would be a simple and welcome treat for him! ANYthing to cheer him up!! So I gathered up a few ingredients and started in while he was taking a much needed nap!! 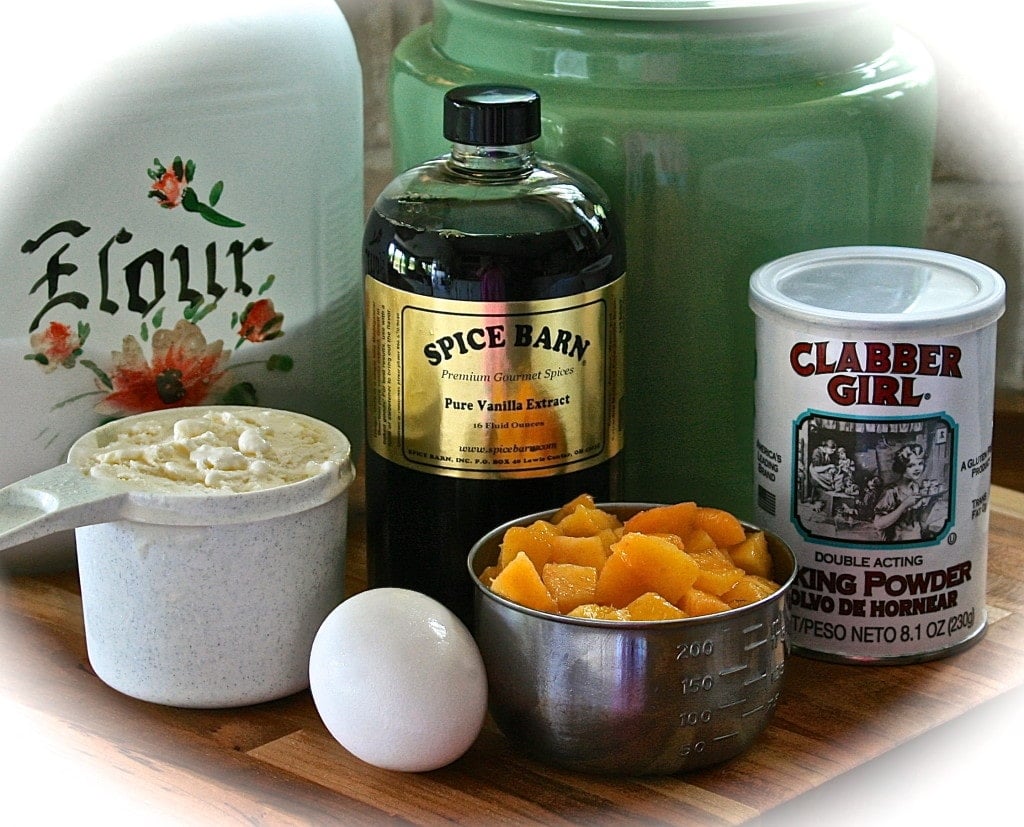 Pancakes don’t take much, luckily I had everything I needed right on hand, including the ice cream, and the last of the peaches didn’t go to waste, either! I peeled and chopped up the peaches, whipped up the batter, scooped it into my mini muffin tins and popped them into the oven! (Yes! You can BAKE pancake batter! 😉 ) 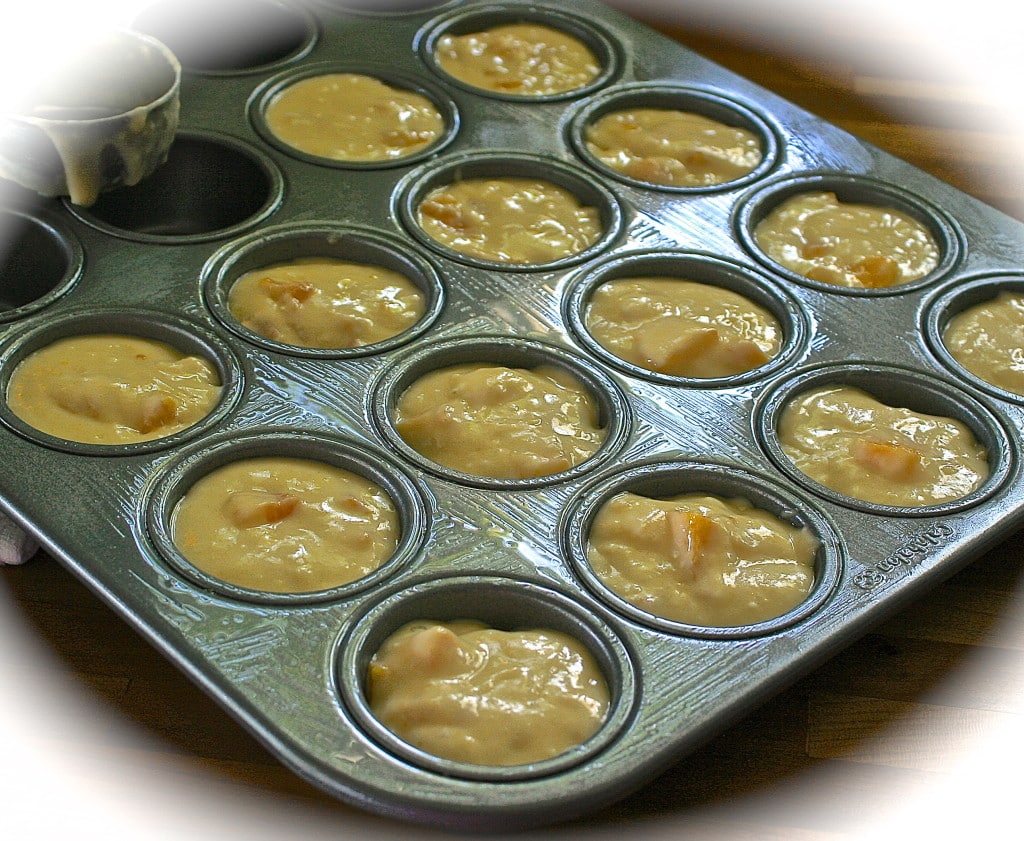 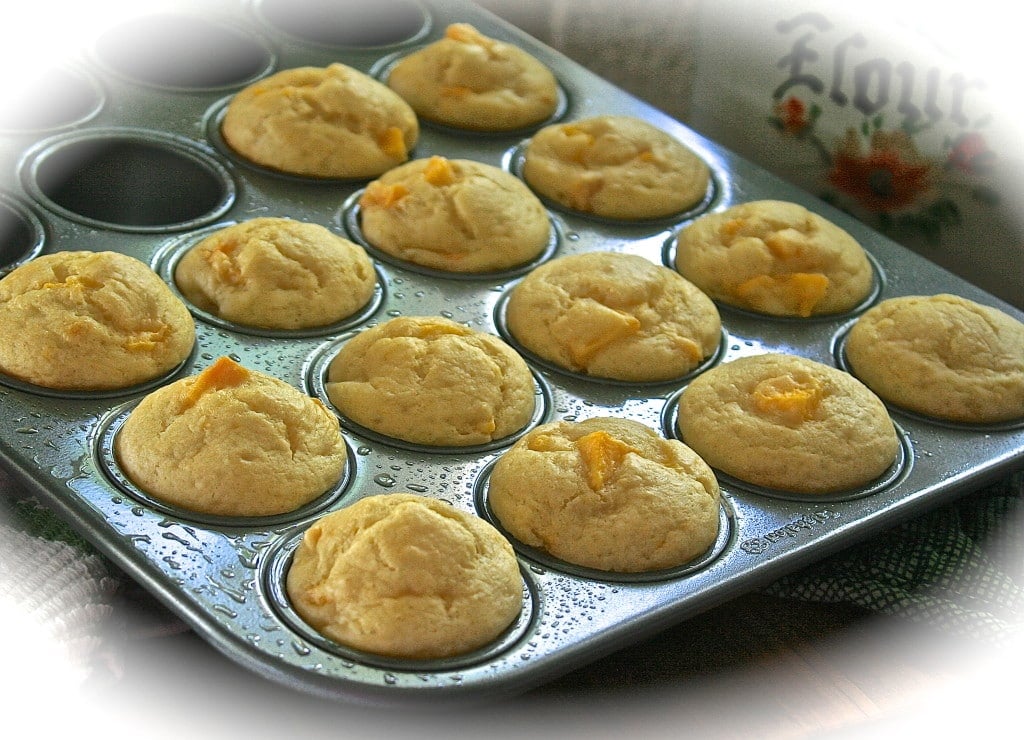 And easily removed from the tins with an iced tea spoon! (They don’t stick, I broke one in half for you to peek inside. 😉 ) 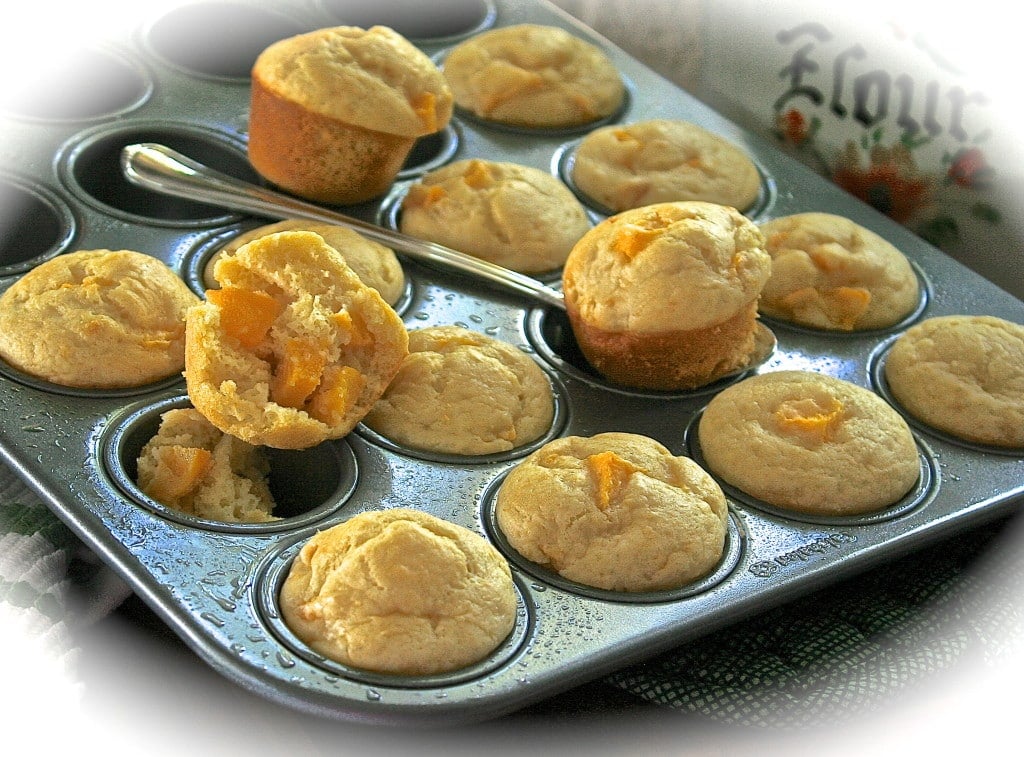 Hopefully you will NOT EVER be making these to comfort someone in pain, and just making them for a fun breakfast, or snack! Give your loved ones an extra hug today, you never now when something awful can happen just that fast!

Scoop out 1 measured cup of vanilla ice cream, packed, and place into bowl to melt at room temp. Stir occasionally to speed up melting. Set aside.

In medium-sized mixing bowl, whisk together the flour, sugar, baking powder and salt until well combined.

Pour wet ingredients over dry and stir with a large spoon until just moistened but very lumpy. Fold in peaches until mixed in but don’t over-stir. Batter should still be a little lumpy. (Lumps bake out and help the batter to rise and be light and fluffy.)

Spray a mini muffin pan with butter-flavored cooking spray. Scoop batter out with a 1/4 cup measuring cup for ease and fill muffin tins almost to top. You should have enough batter for 14-16 mini muffins.

Pop into preheated 350 degree oven for 15-18 minutes until tops are just golden and edges are just getting dark. (Or until a toothpick inserted comes out clean.)

Remove from oven and cool on wire rack for 5 minutes. Remove with a spoon spinning around sides to release and scoop out from underneath. Cool on plate while warming syrup.

Serve with warm maple syrup for dunking and butter if desired.